UNDERdiagnosis of Autism Spectrum Disorders in Individuals with Intellectual Disabilities 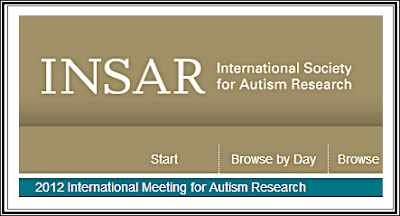 A study presented at the IMFAR 2012 conference this spring in Toronto, Underdiagnosis of Autism Spectrum Disorders in Individuals with Intellectual Disabilies, seems to provide evidence contradicting the widely propagated assertion that the DSM-IV era has seen autism incorrectly diagnosed as a substitute  diagnosis in many cases of intellectual disability.  Roeyrs and Thys actually conclude that autism is UNDER diagnosed in a large study of persons with intellectual disability.

If the study results are confirmed it seems likely  the harmful impact of the express, and intentional,  targeting for exclusion of severe intellectually disabled from the DSM5 autism spectrum disorder will be increased to the detriment of those most severely affected by intellectual disability and autism symptoms.  The missing of co-occurring autism disorder in persons with intellectual disabilities, as the authors indicate, could have serious repercussions for their care and treatment.

Underdiagnosis of Autism Spectrum Disorders in Individuals with Intellectual Disabilities

H. Roeyers and M. Thys, Department of Experimental Clinical and Health Psychology, Ghent University, Ghent, Belgium
Background: Only a limited number of studies examined the prevalence of autism spectrum disorders (ASD) within the population with intellectual disabilities (ID) and even less studies tried to estimate the proportion of missed diagnoses of ASD in individuals with ID. It is however of great importance that the co-occurrence of ASD is recognized with a view to improving the quality of life of individuals with ASD and their social environment.

Objectives: The first goal of this study was to estimate the prevalence of ASD in a very large sample of individuals with ID. A second and equally important goal was to identify the proportion of overlooked diagnoses in various settings for individuals with ID.

Methods: The sample comprised 2798 individuals with ID and 322 individuals with borderline intellectual functioning from the 5 provinces of Flanders, the Dutch-speaking part of Belgium. The mean age was 25.6 years (SD=16.42), ranging from 1 tot 81 years. 52% of the sample was older that 18. Subjects were screened with the Scale of Pervasive Developmental Disorder in Mentally Retarded persons – Revision, a screening instrument with excellent sensitivity and specificity (Kraijer & de Bildt, 2005).

Results: 633 children and adults were classified as having ASD. This is 21.1% of our sample. When the subgroup with borderline intellectual functioning was excluded, the prevalence rate increased to 22.2%. The male-female ratio was 2:1. Occurrence of ASD was higher in subgroups with more severe forms of ID. 40% of the individuals with an ASD classification had no official diagnosis previously and another 22% was only suspected to have ASD. The proportion of supposedly missed diagnoses was significantly higher in females than in males. ASD was also significantly more often overlooked in adults compared to children. In addition, diagnoses were more likely to be missed in case of an associated genetic disorder such as Fragile X or Down syndrome, a comorbid psychiatric disorder or a severe visual impairment.

Conclusions: This is, to our knowledge, the largest sample of individuals with ID that was ever screened for ASD. Our study confirms that a substantial subgroup screens positive for ASD and that the diagnosis is often missed. Late diagnosis, or the failure to diagnose at all, may have unfavorable and long-standing effects for those affected and their families. For professionals in facilities and schools for individuals with ID it would seem important to bear the possibility of co-occuring ASD in mind. The recognition of ASD could lead to a better understanding of the overall problems of the clients and to more appropriate care and treatment.
Posted by Unknown at 3:00 pm

"A study presented at the IMFAR 2012 conference this spring in Toronto, Underdiagnosis of Autism Spectrum Disorders in Individuals with Intellectual Disabilies, seems to provide evidence contradicting the widely propagated assertion that the DSM-IV era has seen autism incorrectly diagnosed as a substitute diagnosis in many cases of intellectual disability. Roeyrs and Thys actually conclude that autism is UNDER diagnosed in a large study of persons with intellectual disability."

Another myth has been busted.I wonder if this is the first study to prove this.So the move to redefine all autism as Aspergers started earlier than we thought.

I see similarities to the difficulties someone who has an autism diagnosis faces in getting a medical diagnosis.One thing I came away with after my first visit to Dr.Rossignol,is he thinks mitochondrial disease is at the root of all of my problems.It's not the same,but it is a missed diagnosis,and a lack of the right services all the same.