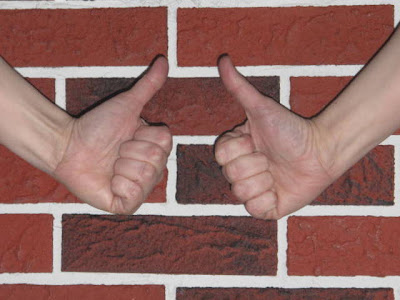 A major autism research breakthrough has been reported in the Science Daily/PR newswire article Computer analysis of EEG patterns suggests a potential diagnostic test for autism. The article is copied in full following my commentary.

The central finding of the study is reported to be the possibility that the researchers have found reliable EEG patterns to reliably distinguish between autistic children and neurotypical children as young as t wo years old.  Another radical aspect of this study though is that it actually used "classic" low functioning autism subjects. IMHO this in itself is a major breakthrough in "autism" research which has tended to exclude low functioning, classic autistic subjects.  I have highlighted in bold the comments by study researcher Frank H. Duffy which indicate the participation of "classic" autism subjects and the rationale for excluding high functioning autism and Aspergers subjects who tend to dominate (and skew) the existing literature because they are relatively easy to study.

The study is the largest, most rigorous study to date to investigate EEGs as a potential diagnostic tool for autism, and offers hope for an earlier, more definitive test.

Researchers Frank H. Duffy, M.D., of the Department of Neurology, and Heidelise Als, Ph.D., of the Department of Psychiatry at Boston Children's Hospital, compared raw EEG data from 430 children with autism and 554 control subjects, ages 2 to 12, and found that those with autism had consistent EEG patterns indicating altered connectivity between brain regions – generally, reduced connectivity as compared with controls.

While altered connectivity occurred throughout the brain in the children with autism, the left-hemisphere language areas stood out, showing reduced connectivity as compared with neurotypical children, consistent with neuroimaging research. Findings were published June 26 in the online open-access journal BMC Medicine.

Duffy and Als focused on children with "classic" autism who had been referred for EEGs by neurologists, psychiatrists or developmental pediatricians to rule out seizure disorders. Those with diagnosed seizure disorders were excluded, as were children with Asperger's syndrome and "high functioning" autism, who tend to dominate (and skew) the existing literature because they are relatively easy to study. The researchers also excluded children with genetic syndromes linked to autism (such as Fragile X or Rett syndrome), children being treated for other major illnesses, those with sensory disorders like blindness and deafness and those taking medications.

"We studied the typical autistic child seeing a behavioral specialist – children who typically don't cooperate well with EEGs and are very hard to study," says Duffy. "No one has extensively studied large samples of these children with EEGs, in part because of the difficulty of getting reliable EEG recordings from them."

The researchers used techniques developed at Boston Children's Hospital to get clean waking EEG recordings from children with autism, such as allowing them to take breaks. They used computer algorithms to adjust for the children's body and eye movements and muscle activity, which can throw off EEG readings.

To measure connectivity in the brain, Duffy and Als compared EEG readings from multiple electrodes placed on the children's scalps, and quantified the degree to which any two given EEG signals—in the form of waves—are synchronized, known as coherence. If two or more waves rise and fall together over time, it indicates that those brain regions are tightly connected. (Duffy likens coherence to two people singing "Mary Had a Little Lamb" together. If they can see and hear each other, they are more likely to sing in synchrony -- so their coherence is high.)

In all, using computational techniques, the researchers generated coherence readings for more than 4,000 unique combinations of electrode signals, and looked for the ones that seemed to vary the most from child to child. From these, they identified 33 coherence "factors" that consistently distinguished the children with autism from the controls, across all age groups (2 to 4, 4 to 6, and 6 to 12 years).

Duffy and Als repeated their analysis 10 times, splitting their study population in half different ways and using half to identify the factors, and the other half to test and validate them. Each time, the classification scheme was validated.

"These factors allowed us to make a discriminatory rule that was highly significant and highly replicable," says Duffy. "It didn't take anything more than an EEG—the rest was computational. Our choice of variables was completely unbiased—the data told us what to do."

The researchers believe the findings could be the basis for a future objective diagnostic test of autism, particularly at younger ages when behavior-based measures are unreliable. Their most immediate goal is to repeat their study in children with Asperger's syndrome and see if its EEG patterns are similar to or different from autism. They also plan to evaluate children whose autism is associated with conditions such as tuberous sclerosis, Fragile X syndrome and extremely premature birth.

The study findings complement those of another recent study at Boston Children's, led by informatics researcher William Bosl, Ph.D., and Charles A. Nelson, Ph.D., research director of the Developmental Medicine Center. That study looked at the complexity of EEG signals, another indirect measure of brain connectivity, and identified patterns that distinguished infants at increased risk for autism (having affected siblings) from controls.

The current study was funded by the U.S. Department of Education, the National Institute of Child Health and Development, the Weil Memorial Charitable Foundation and the Irving Harris Foundation.

Back to top
RELATED LINKS
http://www.childrenshospital.org/
Posted by Unknown at 9:51 am

I think this was on CTV a couple of nights ago. I saw the preview earlier in the newscast but I didn't see the actual article.

Thanks for posting. I could not find it online.

Thank you for posting this, any breakthrough in regards to autism is a good thing!

Seizures are more common in autism than have been reported. The reality is sub-clinical seizures, even in high functioning autistics is one of the most under-reported symptoms in this population. There is no doubt autism is rooted in neurological issues that remain poorly researched.