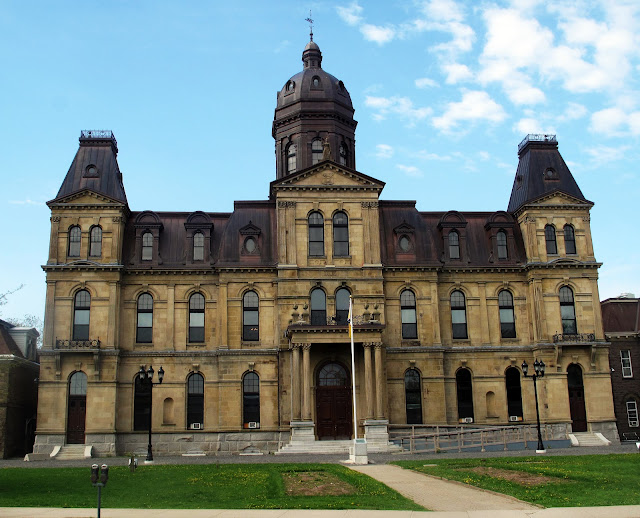 
Dear Honourable Premier, Honourable Ministers and all other respected recipients:

The subject of this post New Brunswick STILL Needs a Modern Adult Autism Residential Care and Treatment Facility is the title and subject of a comment on a blog I have operated for the past six years, Facing Autism in New Brunswick. Apart from operating that blog I have been active for 12 years in autism advocacy in New Brunswick for the simple reason that I have a son Conor, now 16, who is severely autistic with profound developmental delays. As a former Autism Society New Brunswick president and long time spokesperson for the Autism Society I participated in many meetings and proceedings with officials of both the Lord and Graham governments on early intervention, education and adult care issues affecting autistic persons in New Brunswick. Under both of those governments people in NB saw substantial gains in early intervention and education, to the point that two American autism experts, David Celiberti and Eric Larsson, reviewed and recognized NB as a model that should be considered by other provinces for replication in their jurisdictions.  In adult autism care, however, no significant gains have been made over the past dozen years. Group homes with untrained staff are still the norm.  The alternative, for more severely affected autistic adults, people with conditions very similar to my son, is a life spent in psychiatric care at the Restigouche hospital or even in a general hospital.

I ask that you all open your minds to the realities confronting adults affected by autism in New Brunswick some of whom, like my son, will require life long residential care and treatment.  Several years ago a youth was housed temporarily in a facility on the grounds of a youth correctional centre in Miramichi.  A variety of other ad hoc solutions including exporting our autistic adults out of province, and even out of the country, to Spurwink in Maine, have been implemented at substantial financial cost and emotional cost to the autistic persons and family members involved.  A permanent, modern and professional solution has been badly needed for many years. Simply repeating phrases an cliches like "community" and "inclusion" endlessly will not solve the problem.

A coherent, rational and expert informed opinion has previously been proposed, but never acted by any NB government.  Paul McDonnell, a UNB Professor Emeritus, Psychology and practicing clincial psychologist helped educate the parents of autistic children who advocated for the early intervention and autism specific services which were enjoyed during the Lord and Graham eras.   On the CBC website in September 2010 he offered a proposal to improve NB's adult autism care and treatment needs.  I posted it on my blog comment cited above and do so again:

"We need an enhanced group home system throughout the province in which homes would be linked directly to a major centre that could provide ongoing training, leadership and supervision. That major centre could also provide services for those who are mildly affected as well as permanent residential care and treatment for the most severely affected.Such a secure centre would not be based on a traditional "hospital" model but should, itself, be integrated into the community in a dynamic manner, possibly as part of a private residential development.The focus must be on education, positive living experiences, and individualized curricula. The key to success is properly trained professionals and staff."

To Paul McDonnell's comments I would add that if this government, or the next, wish to consider the model he proposes including the secure centre for the long term care of the severely autistic and for a source of expertise for the community based homes for less severely impaired autistic adults then Fredericton is the only viable location.  I say that not because I live here at this time. I have lived in many places across Canada as a former "army brat" and as an adult. I travel around NB regularly as a labour lawyer. The Autism Society considered the location of such a centre many years ago and conducted a survey picking Fredericton for the following reasons:

1. Access to NB's autism expertise which is primarily located in Fredericton.
2. Fredericton can provide bilingual service as shown by the UNB-CEL Autism Intervention Training Program itself which provides to both official language groups.
3. Central location.  Locating in a corner of the province does not assist families around the province in visiting with autistic family members receiving temporary care or residing in a professional autism centre.

To the reasons previously considered by the ASNB I would add a 4th personal reason.  Fredericton enjoys throughout the city a very "green" natural environment and trail system ideal for inexpensive, healthy, walking recreation of all persons including those severely affected by autism disorders. My son and I have benefit tremendously from this incredible resource.

Autism is shorthand for Autistic Disorder and related neurological disorders which next year will be combined and known as Autism Spectrum Disorder (ASD) in the revised DSM-5 Diagnostical and Statistical Manual of Mental Health Disorders.  The Centers for Disease Control in the US, a highly respected authority, estimates that the numbers of persons with ASD is approximately 1 in 88.

As the father of a son with severe ASD, I ask that this government begin work as soon as possible to provide a center with professional expertise as described by Professor Emeritus Paul McDonnell, one that can provide expert assistance to the community based group homes around the province.  This has been discussed for over a decade.  New Brunswick adults with autism can not afford to wait another decade before action begins to be taken.

cc. media, Facing Autism in New Brunswick
Posted by Unknown at 6:36 am

Hope they response to this letter by taking some helping action in support of autism care.