Have Higgs and Harding Sacrificed New Brunswick Students with Autism? 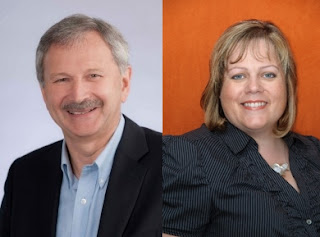 Have Minister Blaine Higgs and CUPE Local 2745 President Sandy Harding
Sacrificed New Brunswick Students with Autism?
It appears that the first New Brunswickers asked to sacrifice, or to be sacrificed, in the austerity era formally ushered in yesterday with the Budget Speech by Finance Minister Blaine Higgs may be New Brunswick students with autism disorders. Unnoticed by important news sources like the CBC the government announced the day before the budget speech the ratification of a new collective agreement with CUPE Local 2745.  The new collective agreement is not yet available publicly but it has been indicated to me that the agreement will give the edge to seniority over qualifications, experience, special circumstances  or special relationships between teacher aides who will now be called education assistants and students with autism disorders.
What this means, if correct,  is that when the school year starts education assistants will be assigned to posted job positions solely on the basis of seniority.  An education assistant who has received the UNB-CEL Autism Intervention Training program will lose the opportunity to work with and help a student with autism if an education assistant who has been working longer as an aide applies for the position.  Autism is a neurological disorder which requires special learning approaches and understanding of complex and at times challenging behavior.  But, if the information proves correct, it appears that Finance and Human Resources Minister Blaine Higgs and CUPE Local 2745 President Sandy Harding have other adult interests more important to consider and are willing to sacrifice the best interests of New Brunswick students with autism disorders.
As a lawyer my work has focused on labour law and labour relations for a quarter century, both federally and provincially and included time as a legal adviser to the Canada Labour Relations Board, now called the Canada Industrial Relations Board.  Most collective agreements strike a balance between seniority and qualifications  by assigning a standard of qualifications and position specific ability to be met before seniority kicks in. Others assign the position to the most qualified person for a position with seniority acting as a tie breaker where candidates are equally qualified.  Very few agreements simply give a position to the person with the most seniority regardless of qualifications or ability as the new CUPE 2745 is rumored to do.
The NB government web site provides little details about the new CUPE 2745 collective agreement except the financial bottom line:

We are pleased that this agreement has come together and is supported by CUPE's membership," said Finance Minister Blaine Higgs, who is also minister of human resources. "It is clear that New Brunswick has severe fiscal challenges and it is encouraging to see a willingness from both sides to work together to reach agreements that are fair to both employees and taxpayers."
The agreement provides two years of zero-per-cent wage increases, followed by general economic increases of two per cent in each of the following two years. As well, the contract increases the guaranteed hours of work for teachers' assistants to 30 hours per week by September 2012. Government and union representatives will officially sign the new collective agreement in the near future.
I recognize that my sources could be wrong.  The union members who voted to ratify, or accept the new collective agreement were apparently not even given a draft copy of the agreement before voting on it.  Basically they were given, at least in some locations, a summary on a screen. The collective agreement should ultimately be made public and available on line.
The information is unlikely to be proven wrong though.  CUPE Local 2745 President Sandy Harding  has long advocated for seniority to be the only consideration in assigning teacher aides, now education assistants, to positions working with children with disabilities including  students with autism.  She has long put the interests of adults, the most senior members of CUPE Local 2745, over the interests of students with autism disorders.
If this collective agreement grants Local 2745 President Harding her long held wish to promote seniority over the interests of students with autism then it would explain why  she  pushed a collective agreement with such little financial gain for her Local 2745 members. It  has no wage increase for two years and more importantly, an increase in the  maximum hours an education assistant can work to 30 hours a week, one hour short of the 31 weekly hours required to qualify for the full-time defined benefit pension plan.
I hope my sources are wrong.  I hope I am wrong. I would be very happy to issue a correction, and an apology, to Finance and Human Resources Minister Higgs and CUPE Local 2745 President Harding if I am wrong.  I hope that the new CUPE Local 2745 collective agreement with the Province of New Brunswick does not make seniority the only, or the dominant, consideration in determining who works with New Brunswick students with autism disorders and other challenging disabilities.  The UNB-CEL Autism Trained  Teacher Assistants have been vitally important to ensuring that autistic children, including my son, receive a real education and develop to the best of their abilities. To effectively eliminate their contributions in the name of seniority will hurt the development of many of New Brunswick's autistic students.
For now though it appears that Finance Minister Higgs and CUPE Local 2745 President Sandy Harding have sacrificed New Brunswick children with autism in order to meet their adult, organizational goals.  It appears that the first New Brunswickers thrown off  the life boats as our government negotiates stormy fiscal waters will be the vulnerable ... students with autism disorders and other serious disabilities.
Posted by Unknown at 2:45 am

Oh Harold....That's how it is here...seniority. It's AWFUL! My daughter suffered under this. She could have had her (with her for 3 years)former home caregiver with her at school (she applied for the job of E.A.), but she got snuffed out by someone with "seniority" and NO experience whatsoever with a high needs, medically fragile child. They flip and trade EA's like they were factory workers on a line. I'm very sorry to hear it.

Harold: I'm thinking we need to mount some sort of loud and obnoxious protest outside of CUPE's head office. She needs to know that parents of ASD children are not happy.

This is a very touchy issue.

Seniority is the utmost importance.

You want an interview?

I'll lower myself and grant you one!!!

well harold my wife and i have kind of decided to start making some noise to see if we can get some results.

both through my blog and on the district two facebook page as well my wife posting on the CUPE blog itself.

basically we are saying that the time has come if we are not getting proper ABA trained TA's we will be pulling our son and moving to homeschooling. If there are no children for the TA's to teach then seniority is going to count for nothing

Carl said...
This comment has been removed by the author.
9:26 pm