Science Has Debunked ANY Vaccine Autism Connection? What Margaret Dunkle Said About Autism, Vaccines and the Hannah Poling Case 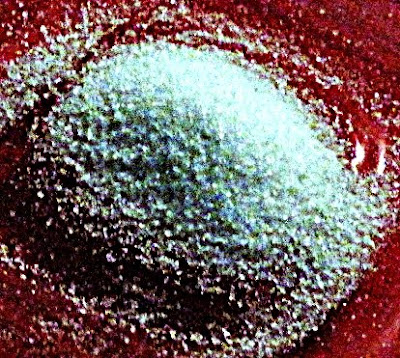 Margaret Dunkle is not, as far as I know, the target of an "investigation" by the BMJ or its investigative journalist Brian Deer. She is not a movie actress with an autistic child. She is Hannah Poling's great aunt and ...... she is a senior research scientist at the health policy department at George Washington University. On March 18, 2008 she wrote a very concise, and well informed, article about the Poling Case, Autism, Vaccines and Early Intervention – the Hannah Poling Case. The following is an extract from the article summarizing what happened. It is an honest description of what actually happened in the Poling case:
"What Happened in Federal Vaccine Court?
The case of Hannah Poling is important because it is considered by many to be the first time the federal government has conceded a connection between autism and vaccines. On March 6, 2008 the Office of Special Masters reported that, on November 19, 2007, the U.S. Secretary of Health and Human Services [the Respondent in this case] recommended an award of compensation to Hannah Poling. The Special Master also reported that the Respondent [the Secretary of HHS] stated that, based on a review of the petition filed by Hannah Poling and her attorney, medical records and affidavits:
“…the facts of this case meet the statutory criteria for demonstrating that the vaccinations Hannah received on July 19, 2000, significantly aggravated an underlying mitochondrial disorder, which predisposed her to deficits in cellular energy metabolism and manifested as a regressive encephalopathy with features of autism spectrum disorder.”
Since autism is defined by symptoms, there is for practical purposes no difference between having the “features of autism spectrum disorder” and having “autism.” In fact, Hannah Poling has a DSM-IV diagnosis of autism.
The Special Master’s March 6 Order goes on to say that, on February 21, 2008, after reviewing an expert report by Dr. Andrew Zimmerman, the Secretary of HHS [Respondent] stated that: “Having reviewed this additional evidence, [medical personnel at the Division of Vaccine Injury Compensation, Department of Health and Human Services (DVIC)] now recommends compensation for Hannah’s seizure disorder as sequela of her vaccine-injury….”
The Order of the Special Master also says that, based on the recommendation of the Secretary of HHS [Respondent] for compensation to Hannah Poling, “a damages determination is now appropriate.”"
The next time an uninformed talking head at one of the major media outlets follows the Offit script and says that "science" has "debunked" any connection between vaccines and autism ... take it with a grain of salt.
Posted by Unknown at 6:44 am

And make sure that grain is the size of a Cadillac...

"Since autism is defined by symptoms, there is for practical purposes no difference between having the “features of autism spectrum disorder” and having “autism.”

And that is what warps everything - including generic "science debunks..." statements.

What science has precisely proven is that if only a small group is affected the political powers to be are just fine with it – “After all Hannah is just one kid” as said by some genius in the NY Senate. Gee, I wonder what the same person would say if it were their child?

I have always felt in my heart that the two were related. I held off a few of my sons' vaccines until they were entering kindergarten. My thought was that, if they were going to have a reaction, their bodies would be that much more developed and it would be easier for them to fight it. I don't know if that even makes medical sense, but I stood my ground, when so many around me were questioning my decision. I have been fortunate with both of my sons' health. It makes me sad and angry for the parents who are doing what they are told, and when it harms their child, no one believes them. Thank you for posting this article.