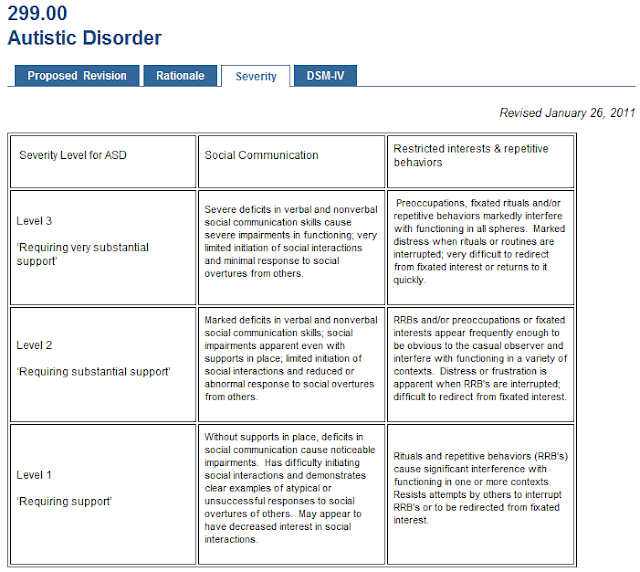 I'd be curious to see if it is somewhere in the committee's discussion though and their reasons for omitting it. My guess though is they have no way to accurately assess it and thus why they omitted it.

Intellectual Disability is a disorder that includes both a current intellectual deficit and a deficit in adaptive functioning with onset during the developmental period. All three of the following criteria must be met.

A. Intellectual Disability is characterized by deficits in general mental abilities such as reasoning, problem-solving, planning, abstract thinking, judgment, academic learning and learning from experience. Intellectual Disability requires a current intellectual deficit of approximately 2 or more standard deviations in Intellectual Quotient (IQ) below the population mean for a person’s age and cultural group, which is typically an IQ score of approximately 70 or below, measured on an individualized, standardized, culturally appropriate, psychometrically sound test.

B. The deficits in general mental abilities impair functioning in comparison to a person’s age and cultural group by limiting and restricting participation and performance in one or more aspects of daily life activities, such as communication, social participation, functioning at school or at work, or personal independence at home or in community settings. The limitations result in the need for ongoing support at school, work, or independent life. Thus, Intellectual Disability also requires a significant impairment in adaptive functioning. Typically, adaptive behavior is measured using individualized, standardized, culturally appropriate, psychometrically sound tests.

C. Onset during the developmental period.

actually requires some intelligence to be able to fixate on special interests or routines.

Huh? That doesn't make a bit of sense to me. My cat is fixated on a string when I dangle it in front of his eyes. Many autistic kids are as well. How is that a sign of intelligence unless you have very low standards for intelligence.

I agree with you on the ID point.

I also think it is a tragic mistake not to include Regressive Autism as its own category. When the symptoms of Regressive Autism are dismissed as co-morbids it makes it impossible to get the children help. Ask any parent of an Autistic child who has a bowel disorder what kind of luck they've had getting their child the same help NT kids get just for walking in the door.

Regressive Autism is a separate condition with a separate etiology. Researchers should ask themselves why it is most often the parents who report infant regression whose kids tend to be the ones with bowel disorders and epilepsy, among other debilitating health problems. Offical capacities ignoring this as long as they have is intellectually dishonest too.

I'm concerned that re-classifying Asperger's as merely 'mild autism' will mean that resources will be re-directed away from people such as myself to the supposedly more deserving people with more severe autism.

I'm nearly fifty years old and have never had a job or a relationship - most people with severe autism aren't so socially isolated.

There's a huge difference between a cat fixating on a string, and a person with aspergers/autism fixating on a subject of interest, doing research on, learning everything he/she can about that subject. It may have to do with OCD compulsions where they get fixated on things and can't let go of them. Everyone has different degrees of intelligence/impairment and it's pretty hard to stick everyone in a classification without there being some areas that don't "fit." If you add a high degree of anxiety in it's pretty hard to accurately test someone's intelligence. There's a big difference in what a high anxiety person can accomplish when in a relaxed setting and when being pressured by a stranger to perform.

That chart is seriously misleading. According to what is written there, level 2 and 3 autistics aren't capable of communication. What about all these nonverbal autistics like Carley who are blogging these days, totally independently, but who are nonverbal and totally dependent on their parents? What about aspies like me who are only independent because their spouse is supporting them? I live outside my parents' home because I am fortunate enough to have found a man who is autistic enough to understand and tolerate me and mild enough to be able to hold a job and support me. Without him, I would be totally dependent on my parents. But I am totally verbal, so the severity of my autism in other areas is negated by that one point, by the fact that I can talk. It's baloney.

My teaching degree was in what is now called Intellectual Disability. You might note that GLOBAL or "across the board" intellectual disability is part of the ID definition in practice. There is a difference with Autism, and I can give 2 examples.

Autism, even in the severely disabled, does not mean GLOBAL. He was not my student, but a student in a school I taught at had autism so severe it entailed living full time in a residential autism school (treatment with ABA, "educating" to age 18) He was age 16, had the behavioral Age Equivalent of an 18 month old, and the verbal understanding of an 11 year old. Do you see? That is an outstanding variation. Autism ID is different from regular ID. We are talking peaks and valleys of abilities, and it can explain how someone like Carly can be of normal intelligence, but still be severely autistic. Of course, her "normal intelligence" is a recent gain. She was thought to be ID most her life until the breakthrough, which was years and thousands of hours of therapy in the making. My own son is frighteningly close to ID (79)in Mathematical calculations for someone who wants to be a mechanical engineer, but his verbal IQ is 126. (His overall is 100. See how that happens?) I used to ponder whether kids diagnosed as autistic were in fact ID, but often times the testing would show islets of high ability,even though the overall IQ was very low.

I would be curious as to whether testing with the Raven's Progressive Matrices Test of “General” Intelligence could differentiate "pure autism" regardless of the IQ of the test taker. Autism is a language disability, and intelligence is not necessarily language related. the Raven could circumvent that, possibly, as could the Peabody Picture Vocabulary test in some ways. I am not familiar with the Raven, but I know typically autistic kids outshine their typical peers on it.

I probably haven't made much sense. I'm trying to say there is an autistic ID, and a regular ID. You can't separate the autism from the autistic ID.

What Giacomo Vivanti was attempting to say,to my estimation, was that autism caused the ID. Autism disallowed the autistic person access to developmentally necessary steps for social/emotional growth. What ever "it" is that causes autism, it in essence takes away the ability to learn from even an enriched environment. A child who is born blind will never have the neurological makeup of a seeing child no matter how many pictures you put before him, but adaptions can be made. A child who is born with autism will never have the neurological makeup of a non-autistic child regardless, but adaptions can also be made. In fact, Carly is a good example of why we differentiate autistic ID from normal ID.

Okay, I just thought. The last year I taught in Public School I had a group of kids in a PMD (Profound Mental Disabilities). There were 7 students. One, a young gal with severe CP was of normal intelligence (which and and her mother discovered after years of supposed ID), one child was autistic and ID, and the rest were ID, without autism, in my estimation. There is a behavioral component to autism that is unmistakable.

Sorry to go on so long.