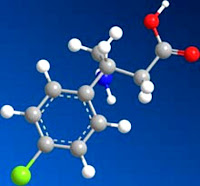 A new  study appears to support the theory that a lack of chemical regulation between synapses is behind at least some cases of autism disorders. The new results are stated to be very preliminary and are discussed  at Molecular Explanation for Autism Within Reach :


"Autism is a disorder that affects numerous children around the world, but now experts appear to be closing in on the molecular agents that appear to underlie at least a portion of all autism cases.


Investigations have thus far been conducted on lab animals, cadavers, and even in a small clinical trials, and the results are encouraging.


The team behind the researches however draws attention to the fact that the work is still in its earliest days, and that even the results are preliminary.


But experts express their hope that one day they will be able to identify these troublesome molecules, and develop new cures based on them.


The main idea about autism that is getting support from the new investigations is that the condition appears due to a lack of chemical regulations in synapses.


These are the small spaces between neurons or nerve cells, through which electrical signals are being transmitted from one cell to the next via chemicals known as neurotransmitters.


The latest clinical trial to support this idea was conducted on about 25 children, all of which were aged 6 to 17. Cambridge, Massachusetts-based Seaside Therapeutics conducted the investigation ...."
Posted by Unknown at 8:57 am