Autism in New Brunswick Under Conservatives? I Am Worried, Very Worried 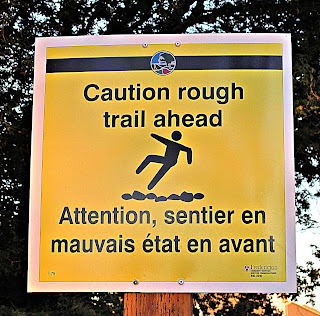 I am very worried that the gains made for autistic children and students and work done towards a modern, decent residential care and treatment system for autistic youths and adults will be lost if the Conservatives are elected.
On his facebook page Jody Carr, who will have a prominent role on disability issues if the Conservatives are elected,  has made it very clear that the Conservative era of community cliches will replace evidence based, reality based, services and accommodations for autistic children, youth and adults.
Even worse Mr. Carr had the gall and audacity to dismiss the recommendations of autism expert Dr. Paul McDonell for  a rational, professional, adequate autism residential care system with the political sound bite that his party would not "send them away".  Mr. Carr's memory seems to have failed him.  He was a Conservative MLA during the last term of the Bernard Lord government when  autistic youths and adults were sent away to Centracare even to hospital wards.   It was that same Conservative party, of which Mr. Carr, and Mr. Alward, were members that formed the government when an autistic youth was sent to live on the grounds of the Miramichi Youth correctional facility. The youth had not committed a crime. He had not even been charged with or suspected of having committed a crime.  He was autistic and had very serious challenges and there was nowhere in Mr Carr's community for him.  He was housed in a youth jail facility while awaiting export to decent residential care and treatment out of the country in Maine.
Jody Carr did not speak out against the jail grounds placement, inadequacy of the autism residential care system or the need to export an autistic youth as I did;  as reported in this 2005  Toronto Star article:


No other place for him to stay 13-year-old must go to U.S. hospital
No other place for him to stay
13-year-old must go to U.S. hospital
The Toronto Star, KELLY TOUGHILL, ATLANTIC CANADA
BUREAU, Oct. 19, 2005
HALIFAX—A 13-year-old autistic boy now living in a New Brunswick jail compound will be sent out of Canada because there is no home, hospital or institution that can handle him in his own province Provincial officials confirmed yesterday the boy is living in a visitor's apartment at the Miramichi Youth Centre and will be moved to a treatment centre in Maine by November.
They stressed he is not under lock and key, has no contact with other inmates and is living outside the high wire fence that surrounds the youth detention centre.Nevertheless, the jailhouse placement and the transfer to Maine have outraged mental health advocates and opposition critics.
"They put this boy in a criminal facility because he is autistic," said Harold Doherty, a board member of the Autism Society of New Brunswick"Now we are exporting our children because we can't care for them. This is Canada, not a Third World country.``We are supposed to have a decent standard of care for the sick and the vulnerable, but we don't."
Liberal MLA John Foran echoed his concern. "This boy has done nothing wrong, is not the subject of any court order, but is in a penal institution." Provincial officials yesterday insisted critics are misrepresenting the nature of the boy's situation and that in fact the province has done everything it can to help him. "This individual is not being held, and is not incarcerated," said Lori-Jean Johnson, spokeswoman for the family and community services department. "He has housekeeping, bath and a separate entrance. We are just utilizing existing resources."
Privacy laws prevent officials from discussing anything that would reveal the boy's identity, including details of his previous living situation and the whereabouts of his parents. This much is known: He suffers from a severe form of autism and is a ward of the state, under the guardianship of the minister of family and community services. He was living in a group home until recently, but became so violent that he was judged a danger to himself and others. At a psychologist's recommendation, he was moved to a three-bedroom apartment on the grounds of the Miramichi Youth Centre, a prison for about 50 young offenders. Two attendants from a private company watch the boy around the clock, at a cost to taxpayers of $700 a day. Johnson said she does not know any details of his care.
Doherty said the jailhouse placement and move to Maine highlight the desperate need for better services for autistic children in New Brunswick and across Canada. He said staff at most group homes in New Brunswick aren't trained to deal with autism and don't understand the disorder. "If you don't understand autism, things can become very bad very quickly," said Doherty, who has a 9-year-old son with the disorder. "We have been pushing for (better facilities) in New Brunswick for several years. This is not a crisis that has popped up in the last two days. Residential care is a critical element for these people and it is not being provided."
Johnson said the provincial system of group homes and institutions that care for children and adults with psychiatric disorders and mental disabilities works for most people. "We do have existing resources, but once in a while, there will be an exception. Here, we are looking at a very extreme case." The boy will be moved to an Augusta, Me., treatment centre at the end of the month, said Johnson.
The centre, run by a non-profit group called Spurwink, specializes in dealing with autistic adolescents. A Spurwink representative did not return a phone call from the Toronto Star. Provincial officials could not detail the cost to keep the child at Spurwink, nor did they have information about why he's being sent to Maine, rather than a Canadian facility in another province
Jody Carr was a Conservative MLA at the time of the Toronto Star article and events described  therein. He is not mentioned or quoted in the article speaking about the youth's plight.  He did not at that time state that a Conservative government should not "send them away".  Jody Carr  was silent and did nothing to denounce decisions to send youths to prison facilities and to facilities out of the country when he sat as an MLA for the governing Conservatives. Now he had the nerve to dismiss the recommendations of an autism expert who has been intensely involved in helping autistic persons in NB and shaping the autism policies that have made NB a Canadian leader in providing preschool and school services for autistic children and youths with the political hack statement that his party would not send autistic adults away.  Jody Carr is contradicted by his past record when he said nothing while his party did indeed send them away.
If you care about an autistic child, brother, sister, grandchild or other  family member or friend please do not vote Conservative on Monday.
Posted by Unknown at 7:56 am

OMG, I was not aware Jody Carr was spouting this venom. Thanks for keeping us up to date Harold.
Not to mention Jody Carr's wife, Krista is leading NBACL, and we all know their view on Autism, inclusion, etc, etc, etc. To dismiss Dr. Paul McDonnell's recommendations is nothing but ludicrous and a huge mistake!
We lived through the arrogance of the PC Bernard Lord gov't...David Alward will be no different, perhaps worse.
I did not vote PC....never no never. I hope others don't vote PC as well.

Jody Carr has never been a 'friend' to the autism cause... we need to keep him and his party out of power or we will all be in trouble. Thanks for this post Harold. We voted today -- took our kids with us for a civic lesson and when they asked why we were voting Liberal I explained because the Conservative government thought they (my kids) were not worth their time, money or effort and once upon a time, when they were very young, some Conservative MLAs told their mother that very thing. And that's why we ALL need to vote Liberal!