Autism in NB Under an Alward Conservative Government: Rough Trail Ahead? 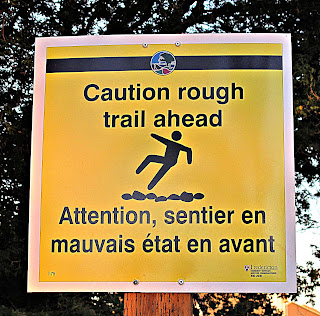 I am not convinced that the polls, and the media echoing those polls, are correct in predicting a majority government under the David Alward Conservative Party of New Brunswick.  If they are though the next 4 years could see New Brunswick children and adults with autism  traveling on a very rough trail.

There is nothing in the party platform or the public comments of Mr. Alward or Conservative party members to indicate any knowledge of the seriousness of autism disorders or the increasing numbers of persons, now 1 in 110, who carry an autism disorder diagnosis. During an election period priorities are set, in the form of promises made, which will mark the path ahead.  Unfortunately for New Brunswick preschoolers requiring autism specific early intervention, students requiring accommodation for the realities of their specific autism condition, and adults with autism still living in psychiatric hospitals and general hospital wards, their  needs have not been deemed worthy of comment by the Alward Conservative team members.

NBACL philosophy dictates that the best place for all students, regardless of the challenges or disabilities of the individual child, and contrary to research and experience of some severely autistic children, is in the mainstream classroom.  NBACL has  steadfastly opposed the type of accommodations made for many autistic children, including my son Conor, during the last four years.  Conor loves attending his neighborhood school where he can go to general areas of the school but receives his autism specific ABA based instruction in a quieter area where he can focus on his learning and is not overwhelmed by the demands of the mainstream classroom. This type of reasonable accommodation was opposed by the NBACL organization in which the Carr family has been very prominent. Hopefully such autism accommodating education gains will not be jeopardized if the pundits prove correct and an Alward-Carr government is elected.

While gains were being made in preschool intervention and autism accommodating education, the Liberal government also held discussions with autism advocates over the past four years about  modernizing the residential care system for youths and adults with autism disorders.  The essence of those autism submissions is summarized in the advice offered by New Brunswick autism expert Dr. Paul McDonnell on his  CBC web site commentary Autism Services Needed for N.B. adults:

"The focus must be on education, positive living experiences and individualized curricula. The key to success is properly trained professionals and staff. "
The McDonnell model of adult autism residential care and treatment is exactly the type of concept that was being discussed with the Liberal government of Shawn Graham.  The Conservative party has shown no inclination in the current campaign to engage in any meaningful discussions about autism disorders. The past history of prominent Conservative candidates Jody and Jack Carr promises more community based philosophy and cliches but no understanding of, and no willingness to reasonably accommodate,  the  specific needs of those with autism disorders.


If the pundits are correct there could be a rough trail ahead for children, students and adults with autism disorders and their families.

I worked as a special education teacher for 25 years and loved my time with children with ASD. Although every child with ASD can have different needs an IPP should address how best to meet those needs. Some children who are very high functioning can do well mainstreamed with good accommodations to meet their needs but for most of the children I worked with a program liked your son Conor has was the most successful for the children. Having the chance, with support to be mainstreamed for programs that offered the opportunity for learning, social interaction and maximum success was the ideal for most. There has to be options available so we can offer the best for each child, for all children and especially those with special needs. They deserve that, it is their right to receive an education that allows and supports them to achieve their personal best.

Thank you for sharing your teaching experience with us Jean. Some schools in NB do not accommodate autistic children as my son has been accommodated here in Fredericton. Some of those schools that follow the everybody must be educated in the mainstream classroom belief of the NBACL have run in to some serious problems.

Autistic children grow up too. Adults in NB are badly in need of a decent residential care system as described by Dr. McDonnell.

Not only do I believe a PC Government will do nothing at all for Autism, I also believe the current funding may be at risk for'claw back' and/or removed for the preschoolers, Community Centres.
Potentially, NBACL will have way to much 'back room' influence.

tho i do agree with most that if we get a con govt we may be setting up marches ourselves to keep and improve the support our children need. I suspect the same will be true with the liberals

AS you say, Community Living has done some good things for some people with disabilities. Unfortunately, they hold to an ideology that one size fits all when it comes to accommodation, rather than using common sense. They have a great deal of influence when it comes to policy making, and their rigidity makes them a problem for some of us.