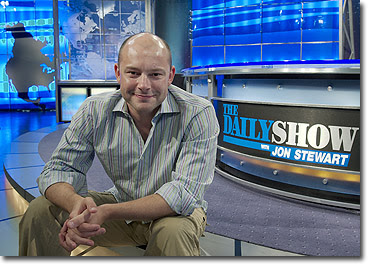 Rob Corddry of "The Daily Show isn't buying the joy of autism spin that permeates the neurodiversity internet sites.


Actor-comedian Rob Corddry of "The Daily Show" fame, will host The Hollywood Reporter's 36th annual Key Art Awards on June 15 at the Beverly Hilton. He recently revealed in his blog that his young nephew is diagnosed with Autism.

"My brother Nate and I went to Boston this weekend to host a benefit for local autistic children. We HATE autism. We hate everything about it. Everything. There is nothing good about autism," says Corddry in his penned thoughts regarding the frightening affliction.

"Except for all of that math stuff. That’s pretty cool," he quipped.

"My sister asked us to host the event because her son, our nephew, is autistic, and the kids at his school need a new playground. Their current one is full of cockroaches and fire ants," Corddry wrote.

"Nate and I told our team of publicists to accept the invitation...we hate autism that much."

Corddry uses his humor to make his point: The heaviness of having a loved one diagnosed with the neurological disorder can be processed just a bit easier with a dose of positive attitude and proactive stance to learn as much as you can to fight back.

"Nate and I were in for a huge surprise. Who knew that autistic kids were such big Daily Show fans?"

Corddry talks openly about his four-year-old, autistic nephew Owen: "We have some history. Ours has been a slightly rocky relationship. You see, a few years ago, my millionaire father died, leaving Owen his entire fortune and me an old convertible. So I kidnapped Owen and took him to Vegas where I put him to work counting cards," Corddry jokes.

Corddry and his brother Nate were successful in raising needed funds. "Nate truly found a second calling that night, conducting an auction for autistic kids. He was auction-tastic. He was auctistic," mused Corddry in his blog source/

Chances are, if you are reading this article, you know too well about Autism, a complex neurobiological disorder that typically lasts throughout a person's lifetime.

Today, 1 in 150 individuals is diagnosed with autism, making it more common than pediatric cancer, diabetes, and AIDS combined.

It occurs in all racial, ethnic, and social groups and is four times more likely to strike boys than girls.

http://www.autismspeaks.org/ is an excellent resource started by Suzanne and Bob Wright, whose grandson Christian was diagnosed with Autism.

Autism was first identified in 1943 by Dr. Leo Kanner of Johns Hopkins Hospital. At the same time, a German scientist, Dr. Hans Asperger, described a milder form of the disorder that is now known as Asperger Syndrome.

Pediatricians may initially dismiss signs of autism, thinking a child will “catch up,” and may advise parents to “wait and see.” New research shows that when parents suspect something is wrong with their child, they are usually correct.

If you have concerns about your child's development, don't wait: speak to your pediatrician about getting your child screened for autism.

Early screening and diagnoses are definitely key.
And before today he wasn't a comedian I'd ever heard of, maybe I should add 'watch more telly' to my to do list.
Cheers