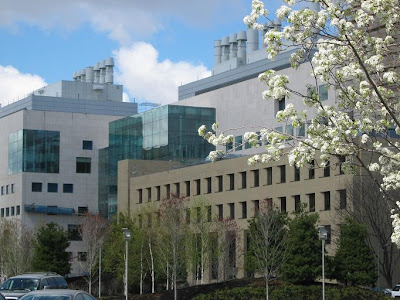 This report appears to hold great promise that someday some of the more severe cognitive deficits present in some instances of autism may be reversible. This news will undoubtedly be greeted with skepticism and even cynicism. Yes, the studies must be subjected to the usual rigours of scientific study and mice are not people etc. But this study is one more example of the explosion in research taking place now into the nature, causes and treatments for autism. Research such as this holds out hope for the future.

MONDAY, June 25 (HealthDay News) -- Scientists may have uncovered a way to reverse symptoms of mental retardation and autism in mice.

Researchers from the Picower Institute for Learning and Memory at Massachusetts Institute of Technology (MIT) genetically manipulated the mice to model Fragile X Syndrome (FXS), which is the leading inherited cause of mental retardation and the most common genetic cause of autism.

FXS is tied to a mutated X chromosome gene called the fragile X mental retardation 1 ( FMR1) gene. When this gene is mutated, it can cause mild learning disabilities to severe autism.

"Our study suggests that inhibiting a certain enzyme in the brain could be an effective therapy for countering the debilitating symptoms of FXS in children, and possibly in autistic kids as well," study co-author Mansuo L. Hayashi, a former Picower Institute postdoctoral fellow currently at Merck Research Laboratories in Boston, said in a prepared statement.

The enzyme that was inhibited in this study is called p21-activated kinase, or PAK, and it affects the number, size and shape of connections between neurons and the brain.

When PAK's activity was halted, the brain abnormalities in the FXS mice were reversed.

"Strikingly, PAK inhibition also restored electrical communication between neurons in the brains of the FXS mice, correcting their behavioral abnormalities in the process," co-author Susumu Tonegawa, 1987 Nobel laureate and Picower Professor of Biology and Neuroscience, said in a prepared statement.

Tonegawa said that there are known chemical compounds that can inhibit the activity of PAK, which is something that may be useful in developing drugs to treat FXS.

The FXS mice showed abnormalities similar to those in FXS patients, including hyperactivity, purposelessness, repetitive movements, attention deficits, and difficulty with learning and memory.

When the activity of PAK was inhibited, these abnormalities were partially or fully ameliorated.

"Notably, due to an elegant genetic manipulation of method employed by the Picower Institute researchers, PAK inhibition in the FXS mice did not take place until a few weeks after appearance of disease symptoms. This implies that future treatment may still be effective even after symptoms are already pronounced," Tonegawa said.

The findings were reported in the June 25-29 online early edition of the Proceedings of the National Academy of Sciences.