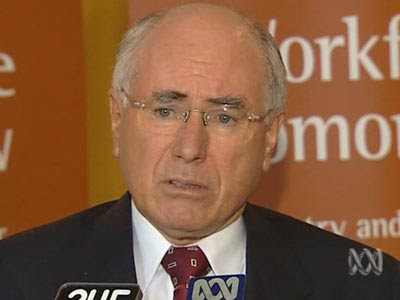 The Government of Australia, like the Government of Canada, is doing nothing to help the cause of autistic children and their families. Absolutely nothing as this exchange originally broadcast on the Australian Broadcasting Corporation reveals. Australia and Canada are two of the most prosperous countries in the world. Our societies share values which include respect for life, for individuals, and a tendency to help those less fortunate - except when it comes to autism. Even though early ABA intervention has been shown to save governments money in the long run the governments of these two otherwise socially conscientious nations refuse to assist the plight of autistic children who could be helped to live a substantially higher quality of life. The governments of Australia and Canada should both hang their heads in shame.

Calls for Government support for autism

MARK BANNERMAN: These families are not alone.

Faced with these kinds of figures, you might think that autism would be a major Government priority. Well not quite.

How many marks out of ten would you give us as a society in terms of the way we deal and assist people who get this diagnosis?

MARK BANNERMAN: It is little wonder parents of children dealing with autism feel abandoned. This year, the Federal Government released a major report on the treatment of this condition. That report made it clear the preschool children needed 20 hours therapy a week.

Tellingly, it noted right now, the average is 2 to 3 hours a week.

Dr Jacqueline Roberts is the co-author of the report.

I mean, is there any possible justification for allowing that kind of gap to continue?

DR JACQUELINE ROBERTS: I don't think there is. I really think, even if you look at it from a purely economic point of view, it is hard to justify not doing it, because it is cost effective to do it.