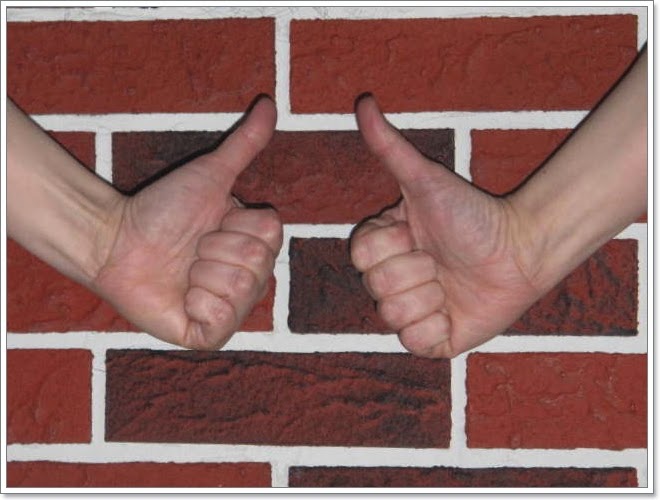 The Familial Risk of Autism is the large study making waves for demonstrating that environmental considerations are roughly equivalent to genetic factors in autism causation.  Hopefully funding dollars will begin to flow toward the environmental side of the equation as many have urged for so long.  What is not generally mentioned in the media echoes of the study though is that it included many subjects with classic Autistic Disorder as stated in the study abstract in the JAMA:

Put another way subjects were not excluded from the study because they were not high functioning, Asperger's subjects.  For this fact alone the study is ground breaking, hopefully shattering the dominant trend of recent years of creating a false "pure autism" by excluding the original, classic autistics,  the "vast majority" of whom suffered from intellectual disability, (Yes Emily Willingham and Jon Brock, I said "suffered from").

The "it's gotta be genetic" crowd will still see what they want to see.  They will see the genetic half of the autism causation equation and will ignore the environmental half, pretend it doesn't exist as they have done for so long.  Likewise the inclusion of a proportionate number of subjects with classic autistic disorder, if discussed by the autism is beautiful crowd at the Thinking Persons Guide to Autism,  will be mentioned as a reason to criticize the study.  Still, the study does offer more hope of breakthroughs in the rigid mindsets who forbid honest discussion of autism realities be they environmental causation or the harsh realities associated with classic, low functioning autism DISORDERS from which so many who carry the Autistic Disorder diagnosis actually SUFFER.
Posted by Unknown at 9:55 pm

My kid just went to have more blood drawn for the POND study... they didn't take enough to complete the secondary genetic testing and drug study... which we are now done with the drug.... 12 weeks later...

The family waiting for us to leave had a teenaged son with severe behavioural issues... he was in full non-verbal meltdown... when we left. Shocked my MIL since she's so use to my boys who have learned that is not appropriate behaviour.

Not all studies use "normal" autistics.

Harold -- do you know what the researchers are talking about when they use the word "environmental?" I got the impression that they were talking more about things like socioeconomic status, race, access to healthcare, etc., and NOT about (for example) exposure to toxins. But I could certainly be misunderstanding... curious if you got the same impression?

Hello Lisa Jo, no I do not have that understanding at all. To date autism causation research funding has been overwhelmingly directed towards genetic studies with very little time or money spent on determining specific causes. Pollutants, including in the air, have been featured in some of the few enviro studies done as possible links.

"Numerous studies have linked autism to environmental factors. One 2009 study tried to examine why autism rates began to increase significantly throughout the 1990s, pointing to environmental factors like chemical pollutants, metals, and pesticides as the culprits. Other environmental factors that have been linked to autism include the parental age at conception, infection during pregnancy, and maternal nutrition. And yet other studies have pointed to high iron levels in the mother as a potential autism link. But let’s make things clear: none of these things are likely, on their own, to cause autism. Instead, they probably influence the risk in people who are already genetically predisposed to developing the disorder. Understanding the causes of autism is still uncertain, complicated and multi-faceted."