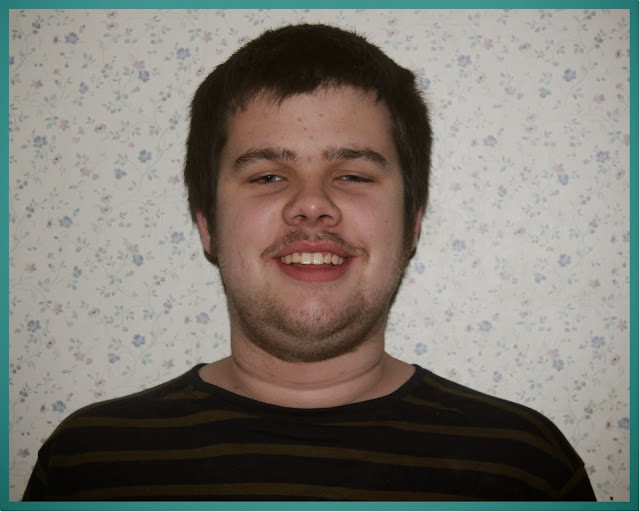 Many famous "autistics" were not diagnosed until they were adults and have turned their diagnoses into good career opportunities: John Elder Robison, Michelle Dawson, Ari Ne'eman and Mr. Ne'eman's colleagues, the fellow corporate trustees of the Autistic "Self" Advocacy Network.  For these extremely high functioning "autistics" autism is merely a difference not a disorder and they object, some even demonize, parents who talk about autism DISORDERS and seek TREATMENTS and CURES for their autistic children.  For my son, who unlike all of the aforementioned, was diagnosed with a severe autism disorder and developmental delay the day after his second birthday autism is a disorder that severely limits his daily functioning abilities.

For Conor progress is not measured by speaking appearances at, or provision or participation as an Autism Speaks science advisory board or Washington press corps events.  It is not measured by success as a letter carrier with Canada Post, (a challenging job of which I have professional knowledge), a career researching high functioning autism or service on corporate boards for Autism Speaks or ASAN.  Nor will he be asked to participate on the IACC in the United States or similar agencies in Canada if they are ever established by a future, post Stephen Harper, federal government.

Conor's progress though is measured in activities that are important and bring us great joy and happiness when they can be measured.  We are not part of the confused crowd that tries to sway public opinion into thinking that we should love the autism disorder from which our son suffers, the disorder that severely limits his daily functioning abilities.  For us Conor's progress is measured by excellent dental checkups and the ability to get his face shaved to make him presentable to attend at the school he loves so much.  Following are two recent Facebook posts which speak to Conor's progress in these important areas:

Tickle Shave Progress! Conor is now a young man and his whiskers need to be trimmed regularly. As with haircuts, and to an extent more so, Conor is nervous with razors scraping his face. I have called his shave a tickle shave to try and make it less frightening and I involve Conor in scheduling a shave. Yesterday I talked with Conor about having a tickle shave before school this morning. Shortly after he woke me up at 6 am sharp (as always) I asked him if we could have tickle shave at 7 am and asked him to let me know when it was 7. Conor let me know at 7 and we got a tickle shave done more quickly, and with less discomfort for him, than we have previously. A good start to the week!

Conor's dental checkup this afternoon went very well. Conor was cool, calm and collected sitting in the dentist's chair even while Dr. Andrews did a tiny bit of cleaning. The verdict: Conor's teeth are looking great!!!! I honestly believe Conor enjoys brushing his teeth.

Autism disorders are now widely recognized to be heterogenous in nature with wide variations in intellectual ability (50% of persons with autism also have an intellectual disability, WHO, September 2013), some have epilepsy, some suffer from depression, some from self injurious behavior.  Some leave the security of home and school, in some cases resulting in tragic ends.  My son left our house, on my watch, while I was occupied on a business call. Fortunately a good Fredericton citizen took him to a nearby convenience store, called 911 to report my son's presence there and waited until I arrived frantically after calling 911.  The good citizen, on learning I was there as Conor's Dad just left without giving me a chance to thank him.  My son also suffers from intellectual disability, self injurious behaviors and meltdowns and serious epileptic seizures.  Progress for my son is not measured in corporate board memberships or book sales, it is measured in calm dental checkups and good teeth.  It is measured in being able to shave the heavy beard from his face without too much discomfort to him to ready him for school.  My son has a severe autism disorder among the many variations of this heterogenous disorder.  The very high functioning media stars diagnosed as adults have much different measures and much different autism disorders.  They can sell all the books they want, build all the careers they want but they do not speak for my son with severe autism disorder.
Posted by Unknown at 11:51 am

Getting Conor to go to the dentist is a major accomplishment. His knowledge of time and numbers is also remarkable.
Can you tell us how you were able to do this?