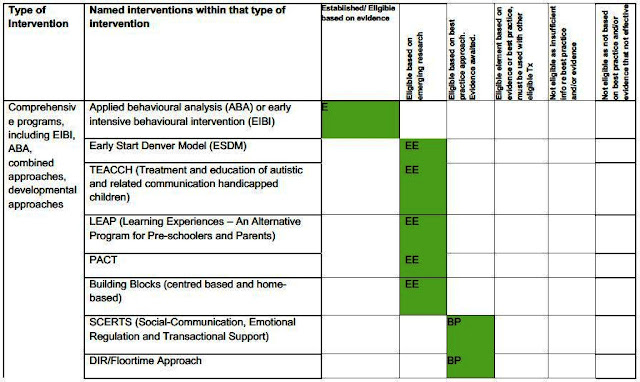 All credible reviews of autism interventions from the US Surgeon General to the American Academy of Pediatrics, Management of Children with Autism Spectrum Disorders (2007, confirmed 2010) have rated ABA highest of all early interventions for autism disorders. Only ABA has consistently, as in this Australiasian review, been placed in the highest category in this case described as "Established based on Evidence".  This review, like all other reviews of the research literature before it, is unlikely to change the minds of the anti-ABA ideologues but it is important as one more tool to support political and legal advocacy aimed at providing education and health benefits for autistic children and adults.  Thank you to Dr. Jon Brock a member of the ASfAR executive committee for highlighting this new research report via Twitter.