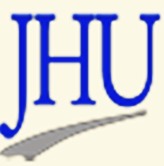 “Psychiatric diseases have genetic roots, but genes alone do not explain the entire disease ... When we study genes in conjunction with environmental challenges, we can better understand how diseases develop.”


In a John Hopkins University study pregnant laboratory mice bred with a specific genetic variation known as mhDISC1 were given a drug to stimulate their immune systems at the end of the first trimester of  their pregnancies while other mice with the same genetic variation did not receive the drug. The genetic variation involved is believed to be associated with mental illnesses in humans. The mice receiving the drug produced behavioral abnormalities, elevated anxiety, depressionlike responses, an altered pattern of sociability and a weakened response to stress. These responses were not present in the mice who did not receive the drug which suggested that the conditions resulted from the gene-environment interaction not the genetic variation alone. The study reports  also indicate that the same genetic variation can give rise to different illnesses depending on interactions with environmental factors and can impact on the size of different brain parts incuding the amygdala and the hypothalamus areas found in the brains of humans with major depression and bipolar disorder.

The study results appear to be another significant example of  an emerging paradigm shift away from viewing psychiatric and mental disorders as purely genetically determined toward an understanding of such disorders, including autism disorders, as arising from gene-environment interaction.  Future studies are likely to reflect this paradigm shift:
"Previous studies have suggested that the prenatal immune response to a microbe—be it a major illness or just transient flulike symptoms barely noticed by the pregnant woman—may be responsible for the increased incidence of adult psychopathology in humans. But this hypothesis, Pletnikov said, has been difficult to prove. Using this mouse model, he suggested, is a valuable way to study the relationship between gene-environment interactions and mental illness, and should be replicated to find more of these interactions to gain a better understanding of these relationships.
Future studies, he said, will try to sort out whether different timing or stimulating different parts of the immune system might lead to specific types of mental illness, and will explore the consequences of other environmental adverse events such as stress or drug abuse."
The John Hopkins University Gazette article by Stephanie Desmon of John Hopkins Medicine lists several supporters of the study including Autism Speaks.
Posted by Unknown at 6:12 am

Nice work Harold. Thanks for sharing. It is often that I first hear of these things from you.

Thanks for your kind words Suzanne.