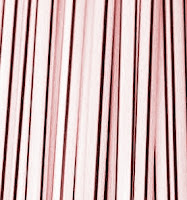 Both Kev at lbrb and the  former journalist who purports to offer evidence based autism sources to journalists at AutismNewsBeat have jumped on the new Wisconsin  study to push their non evidence based beliefs that autism is 100% genetic and that there are no environmental factors involved in causing autism. The study  does not appear to be, as described on  Milwaukee Magazine news buzz online a study to determine whether environmental factors were involved in causing autism. It appears simply to indicate that in some Milwaukee school districts autism cases with lower reported cases have caught up to other districts  and have now leveled off at the current CDC autism estimate rate of 1 in 110.
How that study means anything in the understanding of autism causes as opposed to education district practices in Wisconsin  is not explained clearly by Kev or ANB both of whom use the study to discount possible environmental triggers of autism generally.
In discounting the existence of an autism epidemic and the existence of environmental causes of autism both the Neurodiversity ideologue Kev and the purportedly evidence based journalist ANB ignore the  testimony heard recently at the US Senate by several expert autism researchers and government officials including the following testimony of Issac N. Pessah Ph.D. Professor, Department of Molecular Biosciences, College of Veterinary Medicine, Director, UC Davis Children’s Center for Environmental Health and Disease Prevention University of California, Davis, Department of Molecular Biosciences :
"Although autism risk has strong heritability, no single locus alone appears to be sufficient to account for the full clinical phenotype. Results from many genomewide autism screens indicate that potential susceptibility genes are spread across the entire genome. Recently several very rare genetic mutations, single nucleotide polymorphisms (SNPs), de novo copy number variations, and epigenetic factors that influence DNA methylation were shown to contribute complexity in the transmission of autism risk. Yet genetics alone cannot account for the majority of autism cases currently being diagnosed. There is lack of full concordance between monozygotic twins, with some estimate ranging as low as 60%, and the prevalence of ASD among siblings has been reported as high as 14%. Interactions among multiple genes are likely to contribute to various types of autism, and heritable epigenetic factors and/or non-heritable environmental exposures are likely to significantly contribute to susceptibility and variable expression of autism and autism-related traits. It is therefore likely that constellations of epigenetic and environmental factors are contributing to the increasing prevalence of ASD, a rise that cannot be fully accounted for by changes in diagnostic criteria.


There is a critical need to identify environmental factors, including exposure to xenobiotic chemicals and changes in diet that contribute to autism risk and severity. The vast majority of public and private resources has, and continues, to support work on identifying genetic impairments associated with autism risk. From these studies we have learned that genetics alone cannot predict the majority of autism cases, the patterns of impairments, severity, nor can they predict success for current treatment modalities. Moreover, we have learned that many of the molecular and cellular systems that are associated with autism are the very same ones that are the target of environmental chemicals currently of concern to human health because of their widespread use.


We know that autism prevalence continues to increase dramatically clearly implicating environmental factors in autism risk. We must identify which environmental exposures and combination of exposures are contributing to increased overall risk in the population and identify the most susceptible groups. Only by bringing together the concerted effort of multidisciplinary teams of scientists can we identify which of the >80,000 commercially important chemicals currently in production promote developmental neurotoxicity consistent with the immunological and neurological impairments identified in individuals with idiopathic autism. It is clear that there is a critical need to identify which chemicals in the environment that influence the same biological pathways known to be affected in autism. Limiting exposure to these chemicals is the only way to mitigate or prevent autism in susceptible individuals.


Both Kev and AutismNewsBeat ignore serious evidence and analysis from expert government and academic researchers which point to environmental triggers of real increases in autism. Instead they grasp at a Wisconsin study which shows that some education districts in Wisconsin caught up to the other Wisconsin districts at the current 1 in 110 estimated prevalence level of autism disorders.  The study may well have implications for education practices in Wisconsin. It is difficult to see how it addresses the studies, evidence and analysis offered by government and academic autism experts in US Senate hearing clearly implicating environmental triggers of autism.  For reasons unknown both Kev and ANB WANT autism to be 100% genetic and they will continue, on the flimsiest grounds, to discount the role of environmental factors in causing autism disorders and in explaining the horrific rise in autism diagnoses over the past 12 years from 1 in 500 to 1 in 110.
Kev and ANB continue to deny the evidence and expert opinion that autism is caused by the interaction of genetic and environmental factors. They will continue to deny that the increase in reported cases of autism disorders is real in whole or in part.  They will continue to grasp at straws wherever they can find them .... in Wisconsin or elsewhere.
Posted by Unknown at 6:30 am

I admire your persistence and so appreciate what I learn from your efforts, your daily attempts to get others to listen to what you have to say, your efforts to be on top of all research and to try to make others understand what seems so obvious to those living with 'autism' every day. If only many others who live with the 'autism' Connor has had parents who could do what you do ~ imagine the voice that would be!

Thanks for your kind words Jean. Some people spell Conor with two "n"s. We liked the sound of the name and we picked the spelling used by the Irish author, politician and diplomat Conor Cruise O'Brien.

Keep up the good fight and keep pointing out the inconsistencies in the so-called 'studies'. Years from now it will all come out what bullshit all that stuff really is as true science shows how the disorder actually works. Hopefully.

I've run into that not with my son's Autism diagnois, but earlier with his Infantile Spasms/Epilepsy stuff. Coincidentally his seizures began less than 24 hours after a particular vaccination, apparently, after I looked into it, has triggered IS in a remarkable number of cases, as well as a lot of other things.

In a discussion the other say with a member of the IS Sistren, she was telling me one physician (who was a longtime friend) confided in her telling her that her child, mine, and many others are what they call, in the medical community, 'collateral damage'...those that are in fact harmed by the vaccinations and the doctors know that this risk exists but the risk of a nationwide panic and kids NOT taking the vaccines are too great to take any chances with an admission that harm might befall certain kids.

True or not? Can't say. Wasn't there. But it does make you stop and think. And shudder.

But I don't think anyone can say, without clear, decisive evidence that says otherwise, that the alarming rise in Autism is not caused by environment, chemicals, planetary shifts, wireless communications, or genetics, or space aliens for that matter...unless there are scientific facts that support the statements. But science isn't there yet in its study of the brain to be able to know. We are years, decades out.

Otherwise its all just theory and opinion.