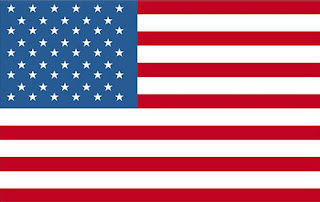 I am, like most Canadians, a cultural "spy " of all things American. Spy might be overstating it but we are very knowledgeable about you. We have no choice.  Your television programs and news broadcasts are beamed into our living rooms every day and have been for many years. That is not a complaint. That is a fact. Most Canadians enjoy American TV and movies and what ever the internet brings today. This Canadian is very happy that we live beside such a fine neighbor with whom we share so many common values. On your Independence Day I  wish you "the very best".
As a father of an Autistic boy I am particularly appreciative of the efforts made by Americans in advancing our understanding of autism disorders and seeking treatments and cures. Two names in particular stand out for this Autism father:  the late Bernard Rimland and Ivar Lovaas.
Lovaas  provided the evidential  kick start that helped make ABA available to parents seeking to help their autistic children.  His study results and methods  have been invaluable  tools used in  the progress that has been made to date in Canada .... by parent advocates ... seeking to actually help our autistic children.
Bernard Rimland is given credit for ending the very harmful refrigerator mothers' theory of autism causation that did so much damage to autistic children and their families.  He also pointed out that autism is increasing , a simple fact which is to this day denied by so many with career or ideological interests in denying the facts in front of their faces. With autism diagnoses themselves expanding from 1 in 166 to 1 in 150 to 1 in 110 within a few short years, and long after the DSM changes in 1994, there are still  many head in the sand denialists who argue that increases in diagnoses does not mean increases in tactual cases of autism They rely on unproven assumptions to dig in their heals. Rimland knew better.
I also thank the US for the debates going on in places like the IACC, the Inter Agency Autism Coordinating Committee. While I share the frustration of many autism parents with the flimsy science used to assert the lack of any vaccine autism connection and the  IACC /pharmaceutical  conflicts the IACC has at least discussed and acknowledged that the dramatic increases in autism diagnoses can only be partially explained by the 1994 DSM changes and social ascertainment factors. That in itself is progress as small as it may seem. The IACC has expressly acknowledged that a paradigm shift in our understanding of autism is taking place from the 100% it's gotta be genetic model identified and criticized  by Teresa Binstock over a decade ago to the modern view that autism disorders probably result from the interaction of genetic and environmental factors.
Small steps? Maybe, but they are necessary steps.  Once acceptance of the environmental aspect of autism becomes more widespread real research aimed at understanding fully what causes autism disorders, and finding cures, can begin and the bizarre obsession with genetic autism research can be reduced to a more balanced level.
Whatever paths unfold for those with autism disorders, and the families that care for them, real progress is unlikely to come from Canada dominated as it is by a small clique of autism researchers some of whom think that the very idea of curing autism is nonsense.  In the UK the Neurodiversity embrace and enjoy the beauty of autism mindset also has a firm grip  and no progress is likely on that side of the ocean. Future autism progress will likely occur in the US as it so often has.
To all our American friends this Canadian autism dad says thank you and have another very happy Independence Day.
Posted by Unknown at 7:39 am

I don't know what's going to happen to autism research, but the last thing we should do is stay silent on it. That would just be rolling over.

Oddly enough, my favorite industrial artist is from Toronto, Ontario.:)