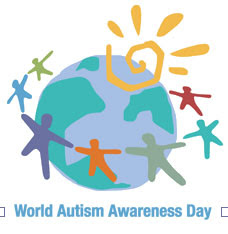 When Ari Ne'eman says "we don't want to be cured" of our autism who is he representing? He is not representing my son with autistic disorder. I do that. Ari Ne'eman, Michelle Dawson, Amanda Baggs, Jim Sinclair, none of these people represent my son. None of them cleaned his butt as a baby, went to work each day to provide for him, took him to the hospital to have his fractured arm taken care of or to have dental filling work done. None of them got out of bed when he screamed at night or take him to school every day. They do not laugh with him every day, walk the trails with him in Fredericton, New Brunswick, or rise with him every day to hug him and watch the 7:10 sun.

It is parents who represent our children, protect them and advocate for their best interests. We are not advocating for an abstraction, we are not advocating on behalf of "autistics", whatever is meant by that expression when used by people who claim to be autistic but claim that autistic disorder is not really a medical disorder. Attacks on parents advocating for their children with autism disorders are attacks on autistic children by attacking those who protect and advance their children's interests.

The UN Declaration of the Rights of the Child, 1959, stated:

The child is entitled to receive education, which shall be free and compulsory, at least in the elementary stages. He shall be given an education which will promote his general culture and enable him, on a basis of equal opportunity, to develop his abilities, his individual judgement, and his sense of moral and social responsibility, and to become a useful member of society.

The best interests of the child shall be the guiding principle of those responsible for his education and guidance; that responsibility lies in the first place with his parents.

The child shall have full opportunity for play and recreation, which should be directed to the same purposes as education; society and the public authorities shall endeavour to promote the enjoyment of this right.

On World Autism Awareness Day I ask that you respect the role and responsibility of parents in representing their autistic children's best interests.

Email ThisBlogThis!Share to TwitterShare to FacebookShare to Pinterest
Labels: autism awarenees, autism parents, best interests of the child, UN Delcaration of the Rights of the Child, World Autism Awareness Day

I fight for my child everyday, do all the things I would whether he is autistic or not. I'm a man and a father. The whole idea that I need to be recognized for doing what I should be doing as a parent is rather bizarre to me. I shouldn't be praised for doing what I'm SUPPOSE to do. Sorry, but I think there is a bit of self pity here.

You missed the point. Or you are deliberately distorting it. One or the other.

The point you missed, or distorted, is that it is the responsibility of parents to protect and help their children NOT strangers who fight an abstract concept like "autism".

When people dismiss the opinions of parents, when they attack them irrationally they are attacking the children those parents are fighting for.

As for your claim to be a man. I will take your word on it despite any evidence in your comment to substantiate your claim.

But then, you are willing to let Autism Speaks speak for you and your son and they don't even have any individuals with Autism on their board. Interesting how it's ok in some cases for others to speak for Autistics but not in others.

I speak for my son. I do so because I am his father. He can not speak for himself and it is my responsibility to speak on his behalf. I agree with the Autism Speaks agenda which is to find causes, treatments and cures for autism disorders and to raise awareness about the realities of autism disorders.

I don't know if any high functioning persons with Autism have ever sought board membership with Autism Speaks. If they do then I expect they would have to support the Autism Speaks mission. If they did not do so and Autism Speaks became another voice denying the realities of autism disorders then I would no longer support AS.

As for who they speak for now they speak for the many parents and family members who are seeking to actually help their autistic children. I know that some persons with Aspergers and high functioning autism also support their mission.

Thanks for a great post - so close to home !

Yes I have a severly affected child and a very mild child ex severly affected child - does that make sense ? well if it doesn't let me make it simpler for those who don't get it - in other words Me,Myself and I the single , non working full time parent treated the now "mild child" .
While it was so easy for the "do-gooders" and the 100k a year experts and professionals to write him off as "severe" and refer him to a special school , and to tell me his parent to "accept the autism" and get on with life , I did just the opposite and I won !!!!!!!!!!!
I am NOT going to ask anyone for forgiveness for any post where I feel like indulging in a little "self-pity" as someone put it because I bloody well deserve it , no one else is here to listen to me , to lend a hand , to watch the kids just so i can have a shower for 5 minutes and that is propably the situation of thousands of carers and parents of these kids around the world so if they feel the need to post some post that you take as a cry for some self pity then maybe you have far too much time on your hands - maybe a little more hands on experience in the "severe world" will enlighten you some more and fill the void ;-)
Have a great day and to the blog owner please keep going , this is just the medicine I need !
cheers