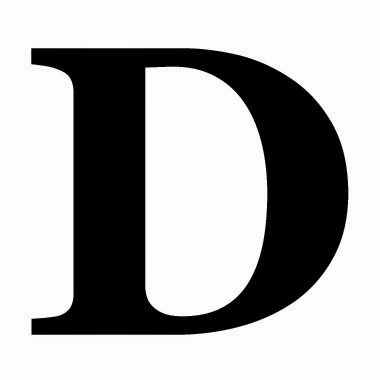 The DSM5 is certainly open to criticism; particularly in its combining of the pervasive developmental disorders into one Autism Spectrum Disorder ignoring the very large numbers of persons with DSM-IV Autistic Disorder who also suffer from Intellectual Disability.  One point which did make sense in the Autism Spectrum Disorder diagnostic criteria though is the one that is routinely ignored by those who glorify autism disorders ... Criterion D (underlining added):

D.Symptoms cause clinically significant impairment in social, occupational, or other important areas of current functioning.

The subscribers to the irrational view that autism disorder, a mental health disorder diagnosis, is not really a disorder after all are able to maintain their beliefs by ignoring reality particularly the realities faced by those with severe autism disorders.  They routinely claim every historical genius or artistic talent as an "autistic".  They argue for the purity of the autism spectrumm "condition" by pretending there intellectual disability is just a coincidence and has nothing to do with autism.  In that regard of course they are on the same page as the professionals who separate ID and ASD and call them comorbid conditions.  They fall off that page though and put distance between themselves and the autism health care professionals by ignoring the plain wording of the DSM5 ASD Criterion D.

Unfortunately a Jerry Seinfeld has only to speak and his words are heard and debated around the world. JS "migh be autistic" and that is good enough for those who want to put distance between themselves, or their family members, and the intellectually disabled and impaired in their everyday life activities at the severe end of the spectrum were autism is exactly what it has always been ...  a disorder.

Very high functioning persons claiming to be autistic must be able to demonstrate, as stated in DSM5 299.00 Autism Spectrum Disorder  that the DSM5  autism symptoms cause  .... . clinically significant impairment in current functioning.  Otherwise they should not receive an ASD Autism Spectrum Disorder diagnosis and should not claim to be autistic.
Posted by Unknown at 4:50 am

What happens when the autism used to cause "significant impairment",but no longer does?

I have applied to be on the IACC.Even if I do not get approved,I am hoping it will bring my situation to the attention of NIH,because I believe I am very unique.I deserve to be studied.I had an autism diagnosis that was severe enough to be found by a school based psychological evaluation in 1971.The conclusion was My autism was so severe I needed to be institutionalized.Unfortunately the paperwork for this evaluation is long gone.I was reevaluated in 2008,by the director of developmental psychology at a large teaching hospital.Once again,the end result was I was too low functioning to live on my own,and I needed to be somewhere where I could be supervised and medicated 24 hours a day.I have this report.I was very lucky both times,that my mother refused to have me put away.One year later,I started down the path that led to the diagnoses I have today.Five years later,I am more or less autism free,and I go months without a seizure,but I still have all of the medical problems from mitochondrial disease.

For me,the autism was a result of cerebral folate deficiency,and Severe MTHFR Deficiency.The dramatic results I have had in treating these conditions,have led me to believe doctors,researchers,and everybody else have been getting it wrong all these years.I firmly believe that there is really no such thing as autism,that what we diagnose as autism,is merely a common feature of many different disorders that can effect the brain,and to solve the puzzle of what autism is,and how to treat it,we need to look at it in the context of these "comorbid" conditions.I think science is just beginning to understand this,but convincing both parents neurodiversity activists,who see autism as an identity,and a way to get services of this will be even more difficult.

What wrong with dsm five, my god and have high funct autism and yes it impairs my functioning.

2. What is wrong with the DSM5? I have written many times on this blog site about my concerns including hiding the more severely impaired from public awarenes by combing everything as 1 autism which increasingly justifies the tendency in the media AND in autism research to EXCLUDE the severely autistic with ID from public understanding of autism and from autism research results.

3. I am not alone in my concerns about the DSM5. There have been a number of autism experts who have expressed concern.

Roger’s point is very valid. He is living proof of an extremely rare, but treatable, form of “autism”. There are many other rare, but known, dysfunctions that to “autism”. Biologically these conditions are completely unrelated. If you give Roger’s little wonder pill to Connor, it will have no effect.
Trying to find therapies for people affected by autism as defined by DSM will continue to fail. People need a biological diagnosis, not a behavioural diagnosis. As Roger found out, for some people this is possible. For many people, using today’s science, it may not be possible. Perhaps more people should insist on their doctors finding the route cause of their “autism”. Researchers should then look for treatments for specific dysfunctions and trial them only on people with that exact diagnosis; then some real progress could be made.