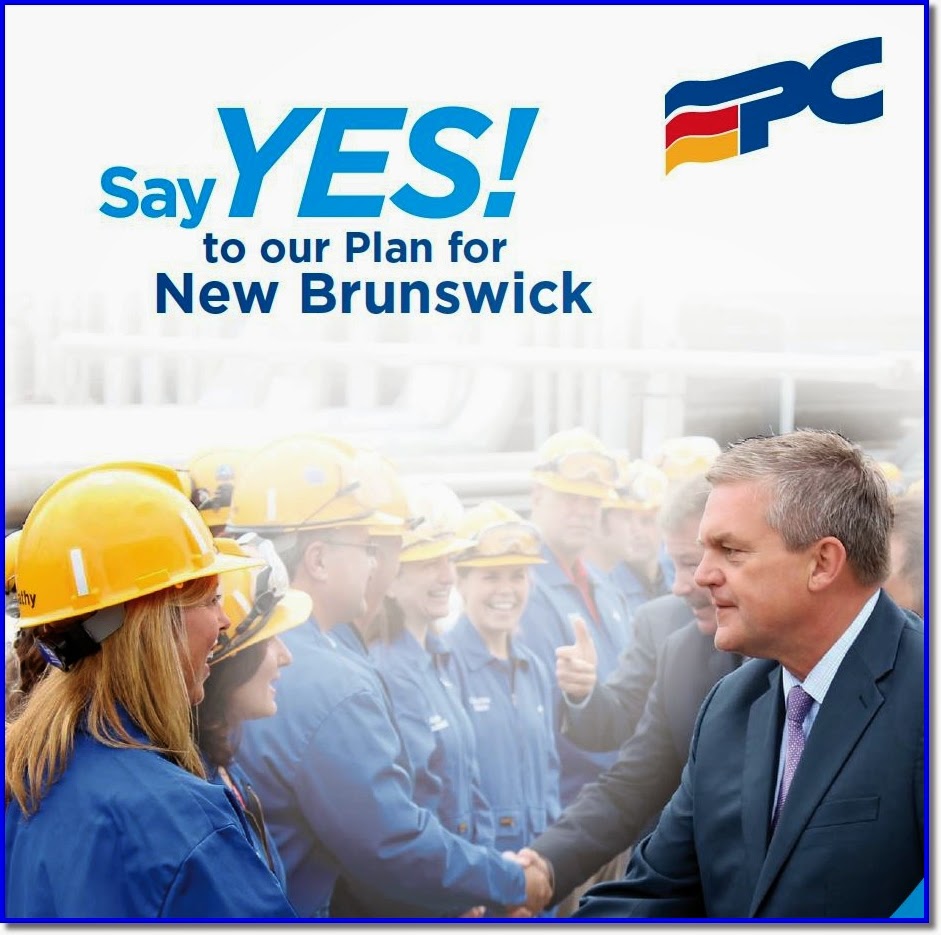 The PC Plan for New Brunswick does not include any provisions that will help severely autistic students or adults, the same people who have been harmed by PC policies during the Alward-Porter-Carr administration.  In fact the the Platform brags about the Gordon Porter-Jody Carr harmful, discriminatory, inclusion remake and is silent on the topic of adult autism care.


Gordon Porter was a member of the Alward government transition team.  He has relentlessly pushed his own  non evidence based inclusion philosophy on all NB students since the 1970's and he has collected many ribbons around the world for doing so but I am quite sure that various world authorities are not told of the harm caused by his simple (his word) inclusion philosophy.  Under David Alward's government he worked with Education Minister Jody Carr (who seldom speaks without mentioning inclusion several dozen times) to put more and more pressure to place all kids in the regular classroom, to reduce the range of learning environments necessary to ensure full accommodation for all students. 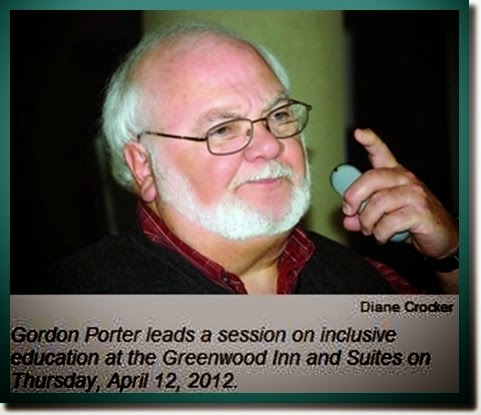 The picture by Diane Crocker above and accompanying quotes are from the Newfoundland paper the Western Star article, "Inclusion in the classroom ‘simple,’ says educator", with highlighting added by me for emphasis:

"CORNER BROOK — Gordon Porter believes inclusion is the most natural thing in the world. The educator and director of Inclusive Education Initiatives presented a session on inclusive education at the Greenwood Inn and Suites on Thursday. Porter, who is also the editor of the Inclusive Education Canada website inclusive education.ca, spoke to parents, educators and agency professionals who deal with children with special needs at the pre-conference for the Newfoundland and Labrador Association for Community Living Conference taking place in the city today and Saturday. The session was sponsored by the Community Inclusion Initiative. Porter’s session revolved around the theme of parents and teachers working together to make inclusion work.“It means kids go to their neighbourhood schools with kids their own age in regular classes,” said Porter.“If you’re seven years, old you go to the school just down the street. You go in a class with other seven-year-olds, and you’re supported if you have extra needs. “It’s so simple, it’s that simple,” said Porter."

Some kids with autism can function well in a regular classroom, some can not.  Some, including my son suffer from sensory challenges resulting in many instances in self injurious behavior.  Putting some with autism disorders, particularly severe autism, in the regular classroom can result in them being overwhelmed and hurting themselves as my son did by biting his hands and wrists and hitting his head forcefully until he was removed from the inclusive classroom.  Mr Porter and his disciples Alward and Carr like to gather ribbons and brag about inclusion.  None of them accept responsibility for the harm they cause some students overwhelmed by the regular classroom, including those who are sent home after 911 calls, with police, fire and ambulance responders present and subsequently charged with assault.  If anyone wants to know how I know this I can not give you the statistics which they do not publish but as a lawyer I have represented some of those children.

As with reduction of learning placement options to accommodate children with serious neurological and learning disorders so too with respect to adult care.  The Alward-Carr team loves to talk, and talk, and talk about community. They even created a new department to enshrine the word community in a department title.  It is not clear what that department does but neither it nor any one else in the Alward government provides autism staff trained group homes or an enhanced autism facility in Fredericton with autism expertise to provide permanent residential care and treatment for severely autistic adults.  As a result the great "community" government continues to send autistic adults to the psychiatric hospital in Campbellton on NB's northern border with Quebec, far from the greatest number of families in the south.

The PC election platform has nothing of value for autistic children or adults. It simply continues the oppressive and ill informed philosophies of the Alward-Porter-Carr administration.

Everyone must make up their own minds.  This father of a severely autistic son says NO! to the misguided philosophies of Alward-Porter-Carr.
Posted by Unknown at 6:15 pm

You seem to be right Harold. Without proper support towards including severely Autistic individuals(you and I know that involves a lot of people). It won't work. This is also the Gov who tightened up on Autism services this summer and then backpedaled real quick with just a few parent petitions? We are going through this with our oldest of two (younger seems to be doing better inclusively speaking). Without government attention to this matter in a very serious way it will continue to deteriorate like FHS.

Think about the non disabled and mild disabled children also their learning is negatively effected by misused inclusion.If you have a kid making loud noises he cant help no one learns anything.

This article from 2007 might interest you.It is specific to autism. http://online.wsj.com/news/articles/SB119610348432004184
The debate on inclusion has been going on since the late 70s,the arguments for it sound a lot like what is said by neurorodiversity.For many families inclusion has been a big failure.

This election again brings to light the need for a national strategy. There won't be a single provincial party that will spend the required money for an adult care facility. Provinces are doing whatever it takes to balance their budgets. This means deep spending cuts.