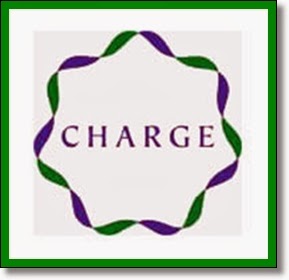 The belief that autism is 100% genetics has always seemed to me to be nothing more than that ... a belief ... a non-evidence based ... unscientific belief. But what do I know? I'm not a scientist, just a parent with a keen interest in autism disorders.  I was privileged to attend, courtesy of an invitation from Autism Speaks Canada, the IMFAR 2012 conference in Toronto but was disappointed, with respect to autism cause research,  that most of the environment oriented autism research was consigned to the "boards" posted outside of the main presentation rooms.  Very little that I could find was actually featured about environmental autism research.  To the best of my knowledge genetics autism research continues to receive the overwhelming share of autism research dollars and media attention. I am happy to see that a new gene-environment interaction autism study has been completed,  and is gathering some attention, a study  by first author Heather E. Volk, Ph.D., M.P.H., assistant professor of research in preventive medicine and pediatrics at the Keck School of Medicine of USC and principal investigator at The Saban Research Institute of Children's Hospital Los Angeles and senior author Daniel B. Campbell, Ph.D., assistant professor of psychiatry and the behavioral sciences at the Keck School of Medicine of USC :

"Autism spectrum disorder: Interaction of air pollution with the MET receptor tyrosine kinase gene," online ahead of the January 2014 edition of Epidemiology.

The abstract concludes that "MET rs1858830 CC genotype and air pollutant exposure may interact to increase the risk of autism spectrum disorder." On the Science Codex site the article Air pollution and genetics combine to increase risk for autism provides a report and summary I can digest and highlights the significance of the study:

"Although gene-environment interactions are widely believed to contribute to autism risk, this is the first demonstration of a specific interaction between a well-established genetic risk factor and an environmental factor that independently contribute to autism risk," said Daniel B. Campbell, Ph.D., assistant professor of psychiatry and the behavioral sciences at the Keck School of Medicine of USC and the study's senior author. "The MET gene variant has been associated with autism in multiple studies, controls expression of MET protein in both the brain and the immune system, and predicts altered brain structure and function. It will be important to replicate this finding and to determine the mechanisms by which these genetic and environmental factors interact to increase the risk for autism."

The Science Code article points out that the Campbell/Volk team studied 408 children between 2 and 5 years of age from the Childhood Autism Risks From Genetics and the Environment Study which is described at its home page on the UCDavis web site:

"CHARGE (Childhood Autism Risks from Genetics and the Environment) was launched in 2003 as the first comprehensive study of environmental causes and risk factors for autism and developmental delay. The CHARGE study recognizes that no single factor accounts for all autism cases, nor is there one event or exposure that can be responsible for the rapid increase in diagnoses over the last few decades. Instead, each child’s path to altered brain development may be different."

With all the recent, angry, irrational attacks on Autism Speaks by Neurodiversity cultists it is worth pointing out that Autism Speaks is one of the sponsors of the CHARGE study which the Campbell/Volk study team used for its research data.

The study authors point to the need for more studies replicating their results.  Hopefully more such gene-environment autism research can be conducted.
Posted by Unknown at 5:19 am

How many unreported cases of autism do they have in China? The polution there is much worse then in North america.

If air polution caused the spike in autism then there is hope for the future if this can be regulated and fixed. We still need to deal with those effected today.

There is just as much autism in China,as there in in the rest of the world,the rate is the same,not more.See here


The rates,the stories,and the types of autism seen are pretty much the same all over the world.

The MET promoter variant rs1858830 allele “C”, discussed in the article found increased rates in autism and claimed air pollution as a risk factor in autism via a gene X environment interaction. This specific variant is also associated with neuronal growth and development, and also is involved in immune function and gastrointestinal repair. The fact that this genetic variant is present in 47% of the general population gives credence to the assertion that there is a strong environmental component to the development of autism.