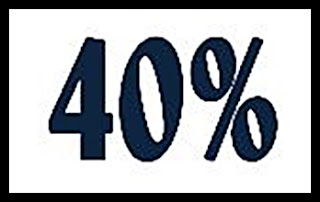 I have never subscribed to the assumption that Intellectual Disability is a co-morbidity as described by the authors of a new study examining Intellectual  Disability in Autism: (unrelated in etiology and causality from the ASD itself)  I have been frustrated by the historical tendency of  "autism" researchers to exclude intellectually disabled autistic subjects from their research studies.  I am very disappointed with Dr. Lord, Dr. Swedo, Dr. King and other APA members for their efforts to further the artificial disassociation of Intellectual Disability from Autism Spectrum Disorder (s) in the DSM5.  I have always believed, as the father of a severely autistic son with "profound developmental delay", and contrary to the "autism as strength" ideology of Dr. Laurent Mottron and Michelle Dawson, that autism and intellectual disability are inseparable components of my son's condition. I am very pleased to see reports of a new study, as set out in this brief online paper by the authors of that study, which begins to examine the ID and ASD relationship front on and with complete intellectual honesty.

I hope that the proof of principle resulting from the study  that "ASD symptom severity contributes to the extent to which the environmental input required to support “typical” brain development can be processed by the individual, so that the risk of developing ID increases as the number and severity of ASD social-communicative impairments increase"  is pursued further and that additional research on this topic is not squelched by the political correctness of those who control autism research funding dollars.

I also hope that researchers study the ID in ASD issue from  different perspectives:  that the ID increases the severity of the ASD symptoms and that ID and ASD are simply different aspects of one condition.   This humble father  does not believe that my son's severe autism symptoms and ID are separate coincidental or "comorbid" conditions.  I am pleased to see these "down under" Austalian researchers joining the ranks of the few with the intellectual honesty and curiousity to study the Intellectual Disability component of autism symptoms and disorders.

Giacomo Vivanti1,2*, Josephine Barbaro1, Kristelle Hudry1, Cheryl Dissanayake1 and Margot Prior1,3
The presence/absence of Intellectual Disability (ID) is considered to be the most critical factor affecting outcomes in individuals with Autism Spectrum Disorders (ASD). However, the question of the specific nature of ID in ASD has received little attention, with the current view being that ID is a comorbid condition (i.e., one that is unrelated in etiology and causality from the ASD itself). Recent advances in developmental neuroscience, highlighting the importance of early exposure to social experiences for cognitive development, support an alternative view; that ID in ASD might emerge as a consequence of severe social-communication deficits on the experience-dependent mechanisms underlying neurocognitive development. We tested this prediction in two independent samples of young children with ASD (Ns = 23 and 60), finding that children with greater ASD severity at an initial assessment were more likely to present with poorer cognitive outcomes at a later assessment, irrespective of initial cognitive level. The results of this proof of principle study suggest that ASD symptom severity contributes to the extent to which the environmental input required to support “typical” brain development can be processed by the individual, so that the risk of developing ID increases as the number and severity of ASD social-communicative impairments increase.
Posted by Unknown at 4:14 am

My severe ASD son as of May is no longer ID using the non-verbal testing. I believe the severity of the ASD makes it more difficult for someone to learn, articulate, infer and process information.

BUT, I also do not believe that we should "assume" that the person with severe ASD is not ID unless they can prove it on their own... not using FC.

What we should "assume" is an ability to learn and do our best to teach a person with severe autism to read, write, use a computer, physical activities, music, basic math, adaptive functioning. Not ABA "training" but teaching. Mine has learned to think for himself... hence the score of 15yrs and 2mths on the puzzle section of the testing... he was 11 and 5mths when the test was run. And music, swimming lessons, karate etc gave him his 38%'ile score (average) in his short term memory, following directions section.

In Gr 7 he will take regular computers, music and gym. Yes, he will still be teaching the rest of his dev class to read (we won the battle to keep him in the small class near our home not the ASD one far away), and the children will continue to push his socialization and expressive language. A fair trade IMO.

Whatever causes autism causes the ID because it limits the child's ability to learn from the beginning? Pretty interesting.

I think comorbidities are important, though, because they are often ignored. We can focus on one thing and completely ignore everything else.

I agree 110% that they are not coincidental.

That's why I was glad to see Lynn Redgrave bring it up at the IACC autism meeting. A ~planning group~(much cheaper to set up) was voted in, with a quorom right under the wire,although there "was no money" for a Subcommittee. I think it is important because parents and autistic advocates tend to see the elephant moreso than scientists who have their specialty.

Farmwife, you are amazing. You work so hard to get it right.

farmwifetwo,I think that's very interesting that your son is no longer intellectually disabled.I wonder about all sorts of things here.Was your son really ID,or did he "just" have multiple serious learning disabilities,without ID,like I did,and was possibly misdiagnosed?If he was ID,who worked with him to get him to the point where he was no longer ID?Was it you home schooling him or did he have special programs outside school he went to?Did he have some sort of medical condition in the brain that caused ID that was treatable?