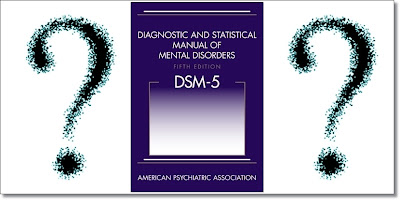 In Autism diagnosis change questioned by York University  study Toronto Star Science & Technology Reporter Kate Allen interviews Dr. Adrienne Perry and York University undergraduate student, Azin Taheri, about a study designed by Taheri, with assistance from Dr. Perry, which had been intended to look at how the new DSM-5 criteria applied to kids already diagnosed with Autistic Disorder and PDD-NOS. No subjects with Asperger's Disorder were included in the study.


"The York study looked at case histories of 131 children aged 2 to 12. All had either autism or pervasive developmental disorder-not otherwise specified (PDD-NOS), two of the current subcategories. None had Asperger’s.
Perry, who had originally diagnosed all the children, used her previous clinical notes and parent interviews to complete the DSM-5 checklist. Another experienced psychologist, who was not told about the hypothesis of the study, did the same for about a quarter of the cases with nearly identical results.
Eighty-one per cent of the children diagnosed with autism using the old criteria also qualified for the new diagnosis of Autism Spectrum Disorder. But only 17 per cent of the PDD-NOS kids did. Many more of the children with low IQs fit the new description than those with high IQs.
The findings were both surprising and troubling, especially since a cluster of studies have arrived at similar results. Perry and Taheri’s study was presented at a conference in May."
The study report, Exploring the Proposed DSM-5 Criteria in a Clinical Sample,        is available in full online as published in the Journal of Autism and Developmental Disorders Volume 42, Number 9 (2012), 1810-1817, DOI: 10.1007/s10803-012-1599-4.

It is difficult to accept that the DSM5 Autism Spectrum Disoder represents the current state of autism science when several studies, and numerous autism researchers and clinicians,  have raised serious questions about the redefinition of what is by most people's understanding a group of very complex disorders with no, as yet identified, biological markers, no understanding of what causes these disorders.  The wisdom of redoing the definition of what constitutes autism is not at all clear to this humble father of a wonderful son who suffers from severe autistic disorder and profound developmental delays. Not clear at all.
Posted by Unknown at 9:40 pm