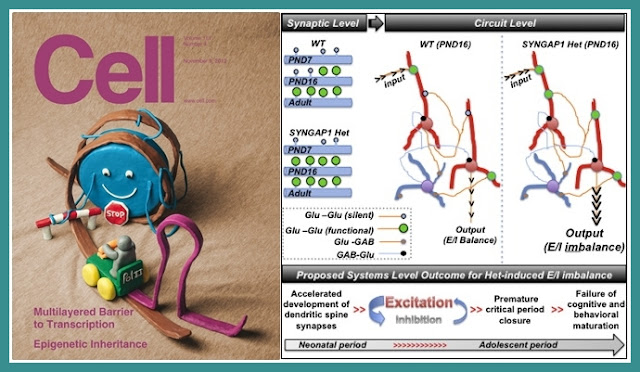 If you believe the DSM5 Neurodevelopmental committee responsible for expressly removing those with Intellectual Disability from the new, oversimplified Autism Spectrum Disorder when they claim that exclusion is based on current science you may want to reconsider. The DSM5 ASD excludes those with intellectual disability if the ID "accounts for" the mandatory social communication deficits of the DSM5 ASD. Even if a child has ALL the mandatory deficits in A,B, C and D it doesn't count, they are still excluded,  if the category A, social communication deficits can be "accounted for by general developmental delays".   This intentional culling of the autism spectrum disorder is purportedly based on current research a claim which I have always found to be extremely dubious with respect to the exclusion of intellectually disabled.  A new study further confirms the lack of scientific basis for the exclusion of those with severe ID from the new ASD.

The very high co-morbidity of autism and intellectual disability has been known for many years and the most recent CDC estimates had placed the figure at between 41 and 44% of all persons with pervasive developmental disorders (now commonly referred to as autism disorders). The figure for autistic disorder itself had been estimated as high as 70% of persons with Autistic Disorder and ID.  CDC autism expert Dr. Marshalyn Yeargin-Allsopp had referred to those with intellectual disability as representing the "vast majority" of those with  classic Autistic Disorder.

In Autism and intellectual disability: a study of prevalence on a sample of the Italian population, La Malfa G, Lassi S, Bertelli M, Salvini R, Placidi GF, the authors reported that their study confirmed the relationship between ID and autism and suggested a new approach in the study of ID in order to elaborate a new integrated model for people with ID and autism.  Despite the relationship between ID and autism the new DSM5 ASD will exclude those most severely affected by ID and autism.  The oversimplified DSM5 ASD has clearly rejected the call by La Malfa and colleagues for a new integrated approach preferring to artificially cleave ID off from ASD.

Now a new study by the The Scripps Research Institute (TSRI) published in CELL, November 9, 2012,  appears to completely rip the foundation out from under the DSM5 attempt to disassociate intellectual disability and autism. It does so by showing how a single gene already known to cause intellectual disability also increases the risk of developing autism.  Given the known high co-morbidity and this reported genetic connection it is difficult to see how the DSM5 team can continue to justify its express, targeted exclusion of intellectually disabled from the new ASD but I am sure they will try.

Scientists uncover secrets of how intellect and behavior emerge during childhood


Scientists from the Florida campus of The Scripps Research Institute (TSRI) have shown that a single protein plays an oversized role in intellectual and behavioral development. The scientists found that mutations in a single gene, which is known to cause intellectual disability and increase the risk of developing autism spectrum disorder, severely disrupts the organization of developing brain circuits during early childhood. This study helps explain how genetic mutations can cause profound cognitive and behavioral problems. The study was published in the Nov. 9, 2012, issue of the journal Cell.

The genetic mutations that cause developmental disorders, such as intellectual disability and autism spectrum disorder, commonly affect synapses, the junctions between two nerve cells that are part of the brain's complex electro-chemical signaling system. A substantial percentage of children with severe intellectual and behavioral impairments are believed to harbor single mutations in critical neurodevelopmental genes. Until this study, however, it was unclear precisely how pathogenic genetic mutations and synapse function were related to the failure to develop normal intellect.

"In this study, we did something no one else had done before," said Gavin Rumbaugh, a TSRI associate professor who led the new research. "Using an animal model, we looked at a mutation known to cause intellectual disability and showed for the first time a causative link between abnormal synapse maturation during brain development and life-long cognitive disruptions commonly seen in adults with a neurodevelopmental disorder."

The DSM5 committee members who have crafted this non evidence based new ASD will not be influenced by this recent study.  I saw Dr. Susan Swedo speak twice at Toronto IMFAR 2012.  She appeared more personally offended by criticism than interested in seriously addressing the merits of such criticism.  The several studies pointing out exclusions at both the HF and LF ends of the autism spectrum under the DSM5 regime are simply dismissed on the basis that they are using old data, that is information used in diagnosing persons currently assessed with autism under the DSM-IV.  The DSM5 team responded with a "mine's bigger than your's" study which was led by DSM5 team member Catherine Lord who had previously confessed to the NYT Amy Harmon that the objective of the new ASD was to target intellectually disabled for exclusion. Real objective stuff?

The DSM5 team has dug in its heels on the New ASD. It has been recoiling from criticism of possible exclusion of persons at the very high end of the autism spectrum.  As always both the media and autism researchers (with the exception of John Matson) simply disregard both the DSM5 ASD language expressly targeting for exclusion the intellectually disabled and Dr. Lord's express confession that the exclusion is intentional. The DSM5 team paid no apparent attention to the La Malfa study or to the authors' conclusion recommending a new approach in the study of ID in order to elaborate a new integrated model for people with ID. The odds of the DSM5 team taking the TSRI study any more seriously are slim to none.
Posted by Unknown at 11:11 am

I haven't read this yet, although I am going to. I just don't want to lose the thought that the field of Psychology has always tried to emulate the hard sciences. That ID, genetic disorders, and epilepsy are far more common among autistics, especially those "previously known as autistic" in regards to the DSM 5--well, just goes to show they just can't quite hope to put on their big boy pants yet. I sound bitter, and I am, a little. There is no use to go into why. Seriously...to discount biological influence, while looking for some "theory of mind" distraction , is so unfair to the kids. It is a medical condition. That seems so obvious.