Autism Research: Which "Autism" Is Being Studied? 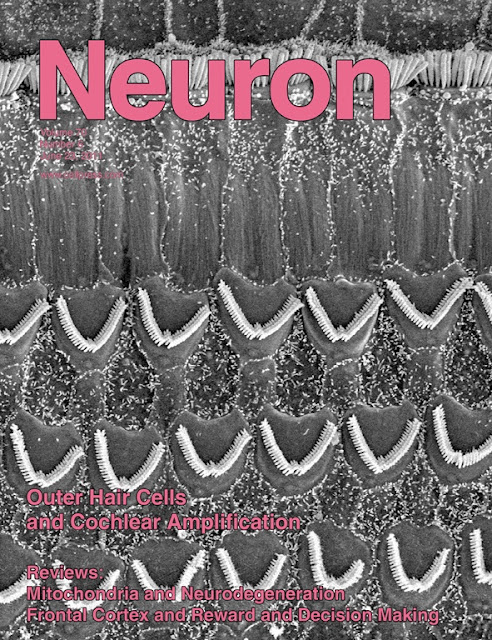 Neuron, Cover Page, 23 June, 2011 Volume 70, Issue 6
The abstract for the study Disrupted Neural Synchronization in Toddlers with Autism,  reported in the current issue of Neuron, indicates that autism is tied to disrupted cortical synchronization, weak "functional connectivity" across two hemispheres of the brain:


" we show that disrupted synchronization is evident in the spontaneous cortical activity of naturally sleeping toddlers with autism, but not in toddlers with language delay or typical development. Toddlers with autism exhibited significantly weaker interhemispheric synchronization (i.e., weak “functional connectivity” across the two hemispheres) in putative language areas. The strength of synchronization was positively correlated with verbal ability and negatively correlated with autism severity, and it enabled identification of the majority of autistic toddlers (72%) with high accuracy (84%). Disrupted cortical synchronization, therefore, appears to be a notable characteristic of autism neurophysiology that is evident at very early stages of autism development."

The abstract does not explain what is meant by "autism" for the purpose of the reported study. The DSM-IV does not list "autism" as a specific diagnostic label or category. It does list autistic disorder. Common usage refers to all of the Pervasive Developmental Disorders, including Asperger's Disorder as variations of "autism". It is very common for very high functioning persons with Asperger's Disorder to tell the world about their experiences as autistic persons. Some such as Ari Ne'eman, a very intelligent, articulate individual with the social skills to participate in IACC and government meetings, likes to declare to the world,  that "WE", referring to persons with "autism",  do not want to be cured of their autism.  The DSM-5 will expressly merge the various "autism" disorders into one Autism Spectrum Disorder.
It is not clear to me what is meant by the term "autism" in this abstract study.  Is it Autistic Disorder in the DSM-IV? Is it the PDD's in the DSM-IV all of which are now referred to as autism in common usage? Is it the Autism Spectrum Disorder of the DSM-5? Does the term autism as used in this study exclude persons with autism who are also intellectually disabled as the DSM-5 definition appears to do?
If anyone has read the full study report could they indicate how autism is being used in this study? Do the subject toddlers have Autistic Disorder in the DSM-IV, all of the PDD's of the DSM-IV, or Autism Spectrum Disorder from the DSM-5? Were potential subjects with "autism" and intellectual disability excluded?
The media coverage (1, 2, 3, 4) of this study also refers generically to "autism" without indicating which autism is being studied, a piece of information that I would think is fundamentally important to understanding the study's conclusions.
Posted by Unknown at 4:28 am

from the study methods section:
"Toddlers were diagnosed by a clinical psychologist with over 10 years of experience in autism using the three initial modules of the Autism Diagnostic Observation
Schedule...Toddlers in the autism group did not include individuals with PDD-NOS or other less-severe forms of autism."

According to the article, children with PDD_NOS and other less sever forms were excluded.

Also excluded were children with ID who did not show the social aspects of autism.

I read this as saying kids with ID and Autism participated. One of the unanswered questions was whether a child who only has ID will exhibit the same symptoms.

This is a fantastic development. Neuroconnectivity and its breakdown in autism is the way forward in research and I hope there is more progress in this direction.