Autism Functioning Levels Are Important, Reality Based Distinctions, It Is Time To STOP Pretending They Do Not Exist 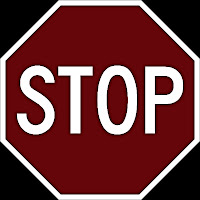 There are people whose opinions about autism are sought out by members of the media who promote the falsehood that there is no such thing as people who are low-functioning. Those who promote this falsehood should STOP doing so and they should stop right now. They are causing harm.
We do not do any favors for persons who are severely affected by disorders like autistic disorder, those who have serious intellectual deficits and lack the ability to function independently, by making statements denying that some persons with autism are low functioning because of their autism.  We are hurting them by denying their reality and by assigning blame to them and family members because they do not meet  the high standards of those less severely affected, if at all, by autism. Under the DSM5's new Autism Spectrum Disorder persons who lacks functioning deficits in everyday life activities should not receive a diagnosis  and should not be described as autistic. The proposed wording of the New Autism Spectrum Disorder, despite some questionable components, does make the functioning issue clear in Criterion D of the 4 mandatory criteria to meet an ASD diagnosis:
"D.         Symptoms together limit and impair everyday functioning."

The three categories in the New ASD are distinguished based on functioning levels:


Being positive about facing challenges should not be taken to the extreme of denying that many people have disorders that in fact render them low functioning even to the extent of being dependent on the care of others in order to live. J E Robison, Alex Plank, Ari Ne'eman, Michelle Dawson and most, if any,  of the members of the Board of Directors of ASAN Inc. do not share the deficits, the low functioning levels, of the 80% of persons with Autistic Disorder (DSM-IV) who have intellectual disabilities.  These successful business people, college graduates, researchers and political participants, some who have sufficient communication skills and social abilities to be able to play in rock bands, find marriage partners, raise families, and participate in high level political and corporate environments do not share the challenges faced by the low functioning persons with autistic disorder whose realities they downplay or deny entirely.  The great irony is that it is on THE Spectrum, Autism Spectrum Disorder, where you find persons with an incredibly wide and disparate range of abilities, deficits and challenges that we are most likely to find people denying that functioning levels matter or even exist.
The attempt to deny the importance of different functioning levels among persons with Autism Spectrum Disorders should STOP right now.  It hurts those most severely affected by autism.
Posted by Unknown at 6:30 am

I've had this discussion so many times myself. The perfect example of high vs. low functioning is my own children. My son is definitely high functioning, attends school with neurotypical peers and uses the regular curriculum with a few modifications. My daughter, however, is in another school, attends class specifically developed for children on the spectrum and has to take several meds and be involved in behavior therapy in order to function.

My son may eventually live on his own, though with some help. My daughter NEVER will.

Anyone who doubts the existence of varying levels within a spectrum disorder is cordially invited to come and spend a month in our home and see the vast differences in how my children communicate, behave and interact with others.

Without question, they'd finish out the month with a radically different opinion.

If only it were this easy...

I almost feel as if the term "autism" has been co-opted by NT-spectrum individuals.

Thank you Shannon. Hopefully your views will be heard by those who refuse to acknowledge reality.

Anonymous 2:05 I posted your comment although I am not sure what you are trying to say. Do you disagree that there are significant differences in functioning levels between those with autism disorders and intellectual disabilities ( a very high percentage ), many of whom will live in residential care facilities, and the very high functioning elite that graduate from college, run successful business and participate in US government committee proceedings?

This is precisely what I like about the new diagnositic criteria. Some of those higher functioning folks aren't going to want to as quickly wear the label of autism because it means you need support to function in life. However, they don't clearly determine how they are going to rate those three different categories. It's a bit ambiguous. It is high time somebody recognizes that autism for many families means a child who needs very watchful 24/7 care. There are few supports in place for this and we can't even insure our child's safety because far too few people realize what we really live with!

Harold, I can definitely relate. I have a LF teenage son myself and he won't be writing blogs, books or taking college courses. People are always telling me about Temple Grandin and company, but our issues are completely different. My son has to take meds-one for seizures-and I had to leave my job in 2009 in order to homeschool him due to lack of appropriate safe placement opportunities. I am glad that your blog is a voice for us. My son has accomplished a good bit considering the depth of his challenges. He can operate a computer and DVD with ease, he is completely toilet trained and a pleasure 90% of the time. But, he has challenging behaviors in that other 10% that are beyond the ken of the HF crowd.

I agree with you a bazillion percent! and you, and I, and all our fellows, will never ever ever crack the grip the APA (Neurologically Typical Spectrum Disorder sufferers?) has on this - a grip that is (bewilderingly, to me) supported by the many self-id'd ASD 'spokespersons' (wish my son could act as spokesman for himself, let alone grasp the social-abstract construct of 'class') - anon 2:05