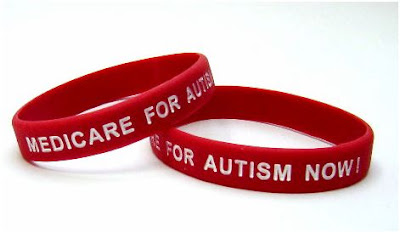 Why should I attend?

• Despite a decade of lobbying, collaborating and litigating – autism treatment is still excluded from our universal health care system. Canadian families from BC to Newfoundland and everywhere in between are still bankrupting themselves in order to provide treatment for their autistic children.


• The current and limited funding provided through the Ministry for Children and Families could evaporate tomorrow with the stroke of a bureaucrat’s pen. No legislation exists within this ministry to protect or enshrine our children’s medically necessary treatment.


• In 30 years of advocacy, the only two initiatives which have achieved ANY success for our children and families has been litigation, and more recently, focused political action. Both were brought by the members of FEAT of BC – a 100% volunteer organization.


• Autism is an epidemic of staggering proportions, it now afflicts one in every 150 children in North America, one in every 94 boys.


• Autism is an election issue in the US…Both Senators Obama and McCain have publicly identified progressive autism policy which can be viewed on their websites….Obama-“Every nation has a special responsibility to look after those who can’t look after themselves…” McCain-“Their lives should matter to the people elected to office…they matter to me.” In 2006, both Obama and McCain supported the “Combating Autism Bill” which allocated $945 million to autism research and treatment. The US federal government recognizes their responsibility to intervene by acting to avoid a major health and social crisis.


• It is now time for our federal government to recognize their responsibility to act!


• Today, all over Canada, parents of children with autism and growing numbers of other fair-minded, but outraged Canadian voters expect our federal government to show leadership and act. This is not a right or left issue – it’s a right or wrong issue!


• We intend to let those who govern and those who wish to govern know that they will be held accountable, regardless of party affiliation, at the ballot box on Oct. 14th.

You – and every fair-minded Canadian you know!

In Canada, children with autism and their families suffer from political indifference. It will take the sustained energy and dedication of EVERY CANADIAN who desires a just society to correct this injustice. For our children’s sake, and the sake of future generations, we urge you to attend this rally. Please bring friends, family, kids, anyone and everyone you know who is appalled by the gross injustice done to our children every day by the governments of Canada and its provinces.


Come and find out how you can make your vote actually count on October 14th!


Featured speakers will include:


Jean Lewis – parent, Director of FEAT of BC and The Medicare for Autism Now Society


Beverley Sharpe – parent and FEAT of BC member


Louise Witt – parent, Director of FEAT of BC and The Autism Society of BC


David Chan – parent, Director- Autism Society of BC and FEAT of BC member


Children are more than welcome! There will be a room for them to hang out, play, enjoy snacks and get their face painted!


For more information or to find out how you can help, go to:

autism
Posted by Unknown at 8:44 am