2 Thumbs Up for the Chalmers Hospital As It Rocks Purple Day to Raise Awareness for Epilepsy! March 26, 2015

Dawn Bowie, a long time friend who works at the Emergency Department of the Chalmers Hospital in Fredericton New Brunswick shared this Youtube video of staff at the Chalmers rocking Purple Day yesterday.  I saw it a few minutes ago and it made a great start to my day.  Seeing this video really lifted my spirits and reminded me of those who care and those who help. 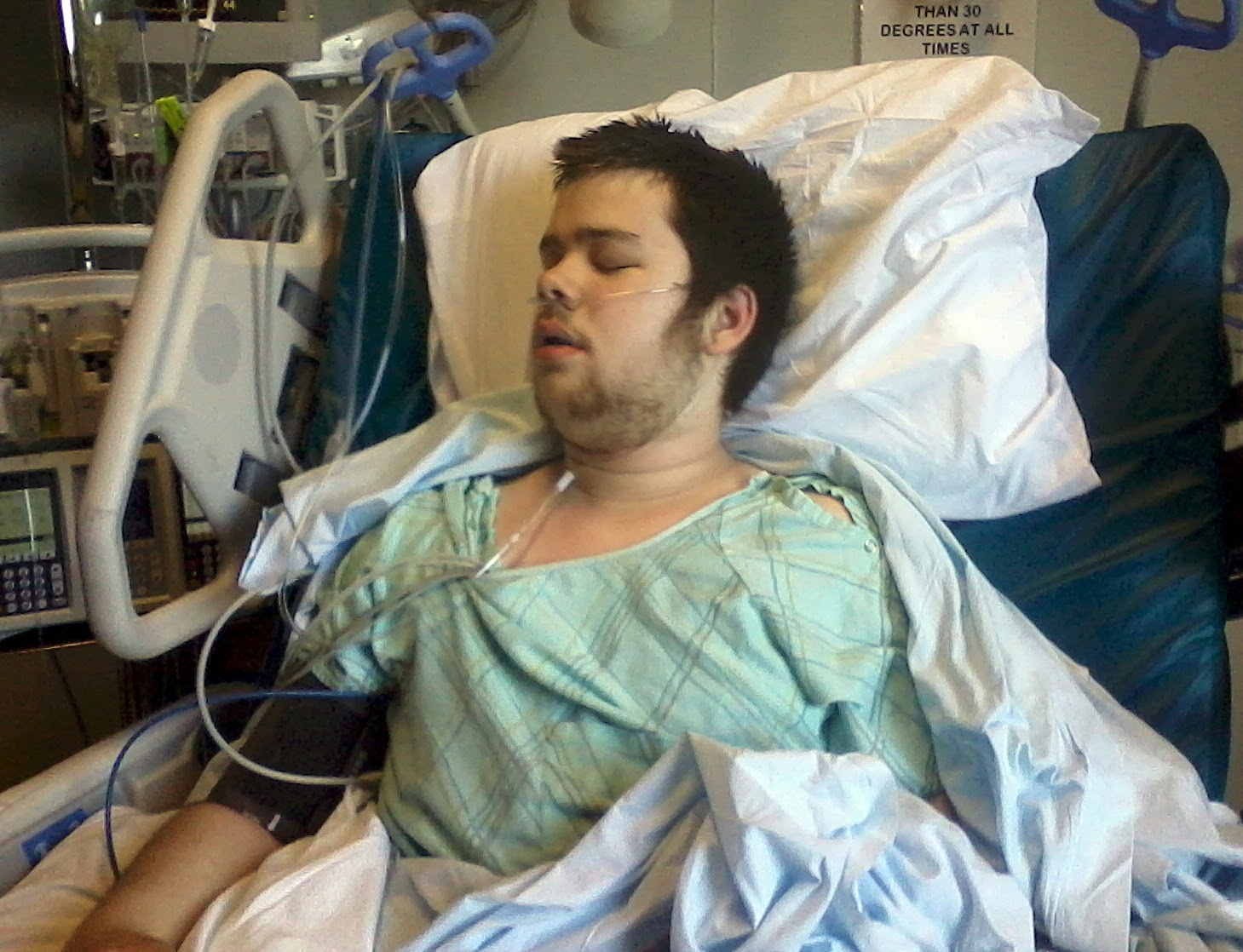 Conor suffered a life threatening reaction to his seizure medication in April 2013 but the Chalmers Emergency and Intensive Care Unit were there to keep him  safe and restore his health.


Our family has another connection to the Chalmers Hospital and their services to person with epilepsy: our younger son suffers from autism disorder and epileptic seizures.  His seizures have required 911 calls and ambulance trips to the Chalmers on several occasions including recently.  He has always received excellent care at the emergency room of the Chalmers.  On one occasion he suffered a serious, life threatening adverse reaction to the seizure medication he was taking at that time.  While watching my son lying unconscious on a hospital bed in the Chalmers Intensive Care Unit where he stayed for 6 days connected to monitors with tubes gathering bodily fluids for testing I was aware of the danger he was in by I still could not bring myself to believe that I might lose him.  The reality though was that he was in great danger when he arrived and he left the Chalmers because of the amazing health care team that saved his life and restored his health..

The Chalmers has been a life saver for my son.  Yesterday they also contributed to epilepsy awareness and produced a video that lifts my spirits as I start this day.

Epilepsy sucks my aunt died of it in 1999 she left behind 2 children.I have a few questions what kind of reaction to seizure medicine did Conor have and what are signs and symptoms one must look for? I owe LAC USC hospital for saving my life in 2014 from NON diabetic hypoglycemia.