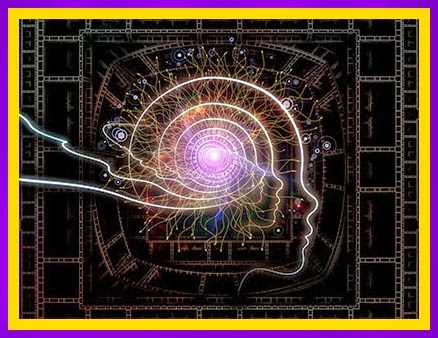 SFARI continues its agenda of misrepresenting high functioning autism/aspergers only studies as representing "autism".  It has published, on its blog page, several study reviews employing only high functioning autism or Aspergers subjects as "autism" studies, knowing that the "Autism Spectrum Disorder" is marked by substantial variation, complexity, heterogeneity.  The World Health Organization, September 2013 indicated that 50% of persons on the "autism" spectrum also have intellectual disabilities.  The fact that intellectual disability is so heavily represented on the autism spectrum  has been known to extremely well informed, exceptionally intelligent sources like SFARI for decades as articulated by CDC autism expert Dr. Marsha Lynn Yeargin-Allsopp who stated that the intellectually disabled represented the "vast majority" of persons on the pre-DSM-IV autism spectrum. Yet SFARI  publishes articles and titles  equating "Aspergers" or "high functioning autism" with the entire autism spectrum as it has done again with its review of a study of activity in resting "autism brains" (emphasis added):

21 February 2014
"Even at rest, the brains of people with autism manage more information than those of their peers, according to a new study that may provide support for the so-called ‘intense world’ theory of autism.
The research, which was published 24 December in Frontiers in Neuroinformatics, included nine children with Asperger syndrome, aged between 6 and 14 and ten age-matched typical children. The researchers scanned their brains using magnetoencephalography (MEG), a noninvasive method that doesn’t require lying in a noisy, confined space as magnetic resonance imaging does.?"
SFARI publishes a disclaimer on the bottom of its blog page stating that "News and Opinion articles on SFARI.org are editorially independent of the Simons Foundation." The disclaimer may well provide SFARI with protection against any hypothetical legal liability for the contents of its blog pages but it does not change the reality that SFARI determines who can publish on its site and is helping to promote a gross misrepresentation of the nature of autism disorders by helping equate Aspergers with the entire autism spectrum a task already, unfortunately,   under way with the DSM-5 unified description of the various autism disorders.
I also understand very well, as the father of a son with severe autism disorder and intellectual disability, now 18, that the inclusion of persons with severe, low functioning autism in MRI studies would be extremely difficult and probably impossible.  Articles that use only Aspergers or High Functioning Autism should be described in those terms throughout the article and title and conclusions should not be drawn about persons whose intellectual disability precludes their participation in the study.
SFARI's failure to ensure that writers using their site privileges do not generalize to the entire autism spectrum of disorders studies involving only High Functioning Autism/Aspergers subjects is not supported by evidence and is irresponsible.

I have come to the conclusion that research involving only those that exhibit the "savant" side of what sometimes appears in those who have autism (what's the percentage? Something like 2%?)is geared toward ultimately finding ways to harness that hyper functionning. Aside from pandering to certain neurodiversity ideologues and their need to be superior,it has nothing to do with "understanding" autism or "curing" autism but in fact is more expressive of a desire to make "smarter" human beings. Sounds creepy, but I wouldn't put it past the powers that be.

According to the Child Psych on Thurs... "we don't have the technology to see how the brain is damaged/rewired". When I mentioned wanting an MRI for my eldest to see how it's wired...

This is a concern beyond what SFARI publishes.
Mainstream news media outlets such as CNN pick up these stories
and report autism updates based on their findings.

Anonymous,I can tell you what it means,because I have a diagnosis right in the middle of the spectrum myself.In my case,it means having most of the deficits and behavior problems associated with LFA,but none of the problems with language or speech.I think it can also be called atypical autism,which is often seen in metabolic or mitochondrial disease.

Anonymous,I can tell you what it means,because I have a diagnosis right in the middle of the spectrum myself.In my case,it means having most of the deficits and behavior problems associated with LFA,but none of the problems with language or speech.I think it can also be called atypical autism,which is often seen in metabolic or mitochondrial disease.