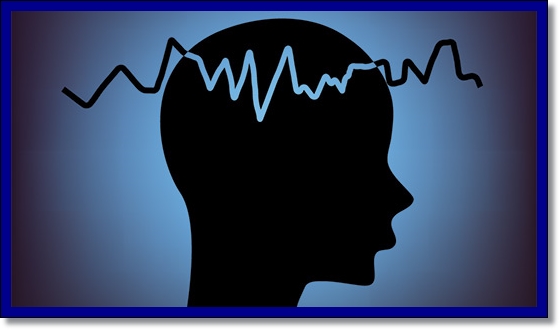 "Children with autism who are older than 13 years and have low intelligence are at the greatest risk of having epilepsy, says one of the largest epidemiological studies on the issue to date1. Children are typically diagnosed with epilepsy after having at least two seizures — uncontrolled surges of electrical activity in the brain. About 2 percent of the general population has epilepsy2. Most studies peg its prevalence among people with autism at 30 percent.
The new study, published 4 July in PLoS One, breaks down this prevalence by age. It finds that among children with autism, up to 12.5 percent of children aged 2 to 17 have epilepsy. The rate is largely driven by epilepsy in children aged 13 to 17, who have more than double that prevalence. The study also found that low intelligence — defined as having an intelligence quotient (IQ) below 70 — is associated with a cluster of symptoms seen in people who have both epilepsy and autism. The symptoms include difficulty with daily living, poor motor skills and language ability, regression and social impairment."
SFARI (Simons Foundation Autism Research Initiative), Risk of epilepsy in autism tied to age, intelligence, Laura Geggel, August 19, 2013

The information in the SFARI article above helps inform the public about a study and an issue of great importance, one that should be brought to the attention of parents, family doctors and pediatricians and clinical psychologists - the substantial numbers of persons with autism, intellectual disability, epilepsy. and the adolescent years during which many with autism and ID first endure epileptic seizures.

The study itself could be a capsule summary of my son's disorders during his first 17 years of life.  Diagnosed at age 2 (literally the day after his second birthday) , after several months of tests, Conor suffers from Intellectual Disability the ultimae taboo in autism world discussions.  Together autism and intellectual disability increase dramatically the chances of developing epilepsy.  As the article and study it reports indicate adolescence is an age when epilepsy appears for many with autism and intellectual disability.  That is exactly what happened with our son Conor.

Conor's first Grand Mal seizure, as I reported on November 17, 2012, (No Autism. Today, Conor's Grand Mal Seizure Scared The Hell Out Of Me) literally shook our world. We had reported what we thought were seizures to Conor's pediatrician 18-24 months before.  He would suddenly stare off looking away or close his eyes as though he was in pain. His pediatrician agreed they were probably seizures but indicated medication was probably not a good idea since there was no falling involved in his seizures.  On November 17 things changed dramatically with Conor's first Grand Mal.  He would later suffer a second Grand Mal,  and shortly thereafter a life threatening adverse medication reaction, which I have also reported on this blog.

Our experience led me to believe that pediatricians and other doctors, as well as clinical psychologists, should inform parents and advise them to be on the look out for the development of seizure activity in their autistic children.  Hopefully this major study reported by SFARI and the prestige of the Simons Foundation Autism Research Initiative will encourage professionals  to inform and educate parents of autistic children particularly those with intellectual disability to be on the lookout for seizure activity and how to recognize them.  They may also want to direct them to Silently Seizing written by Caren Haines, RN and mother of an autistic son who suffered from seizures.  The book pulls no punches in talking about the damage that can occur  from seizures and would be an honest introduction to the seizure activity and its risks.
Posted by Unknown at 1:51 pm

Still waiting for our EEG. We've now had 3 absent seizures that I am certain are not the autistic stop and stares. Trying to catch them is nearly impossible but he's been sick each time he's had one.

My Ped when I mentioned it to him never even questioned the idea even though at the time I only had 2 a year apart.

Puberty is starting... it's time. I do want an MRI but he wasn't certain I'd get one.

Great info. Thanks Harold. My child has very similar issues. I am horrified and scared of the side effects of some of these meds however. It's all so frightening.

I have heard great things about Dr. Orrin Devinsky, Director of the Epilepsy Center at NYU. He also wrote a book entitled, Complementary and Alternative Therapies For Epilepsy that has gotten a lot of positive feedback.

In Quebec an EEG is given during the pre autism diagnoses but is not offered during pre adolescence to rule out epilepsy. This article is a good reminder to be aware of this issue.

Accessing neurologists in NYC is a real problem. Devinsky is great - but last I heard wasn't taking on new patients. BTW, NYU is not taking insurance for kids w/ASD enrolled in the Child Study program... cash on the barrelhead only. I hope they call out the effect that has on the populations for their studies... However, NYU operates a really good neuro "clinic."

On another note, we must be very, very, very careful, as you know, applying any study to our own kids - remember Landau-Kleffner Syndrome? Essentially, seizures which presented as behavioural melt-downs - control the seizure and, voila!

Then there were the ped. protocols for Risperdal, which revealed a significant increase in likelihood of seizures. Despite the inarguable coincidence of autism and epilepsy, Risperdal was approved for pediatric use... etc. etc.

EEG? unless one is done during an active seizure, they aren't worth much more than a billing opportunity...

Agree anon. 2:49pm. Many times EEG's show nothing despite the fact the child has a history of seizures. I think they can be pretty useless however when they do show something they are a great help. I prefer doctors who depend more on symptoms and facts rather than just EEG's.

Also, NYU is great and Boston Children's also has a good Epilepsy clinic/center.