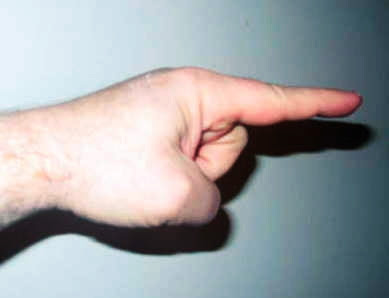 The past 2 years have seen an onslaught of attacks on anyone who raises any questions about vaccine safety and in particular against anyone who suggests that vaccines might be implicated in causing or triggering autism disorders in some children.  Dr. Paul Offit has been the New York Times go to guy in promoting vaccine programs for almost a decade. His crusade to prevent discussion of possible autism vaccine connections was kick started with his New York Times Op-Ed "contribution" in March 2008 criticizing the results of the Hannah Poling case.
With that opinion Dr. Offit expanded his unquestioned status as a vaccine expert to include his self appointed/self anointed status as an autism expert AND as a legal expert. The Offit Offensive began in full force in January 2009 with the New York Times' ceaseless coverage of  Offit's False Prophets and his drive to shut down discussion of vaccine safety issues.  The criticism of those who raise autism and safety issues has intensified with the ceaseless attacks on Dr. Andrew Wakefield and the unproven fraud allegation of the  BMJ (after the fact admitter of conflicts) and its adoptee  Brian Deer.
The result of the Offit Offensive? After years of attacking vaccine questioners public health authorities continue to see declines in vaccination rates and continue to blame those who question vaccine safety particularly those who are concerned about possible vaccine autism connections.  In just the most recent example in the news Minnesota doctors and health authorities are again tying declining measles vaccination rates and increased measles outbreaks to "erroneous" allegations of vaccine autism connections.
As the parent of fully vaccinated sons I have never blamed vaccines for my younger son's autistic disorder and profound developmental delays.  I myself receive vaccines when I think them necessary or when advised by my family doctor. I believe vaccines to be important public health tools but like all of man's inventions I do not believe that they are  flawless.  Vaccines have caused injury in the past.  That is fact and it is reasonable for people to ask questions about the safety of vaccines.  The anecdotal evidence of vaccine autism connections, even acknowledging the weakness of anecdotal evidence, can not be ignored unless and until strong studies are done to convince parents that what they believe they have seen is not what really caused their children to lapse into a serious neurological disordered condition.  Failure to persuade the public is the failure of the health authorities and the persuasion strategies they have adopted to promote vaccine safety.  Decline in public confidence in vaccines is the failure of the health authorities not the public they are trying to convince.
While portrayed as being a front line crusader for the safety of children by vaccination Dr. Paul Offit is not in fact on the front lines.  It is parents who are on the front  lines fighting for their children's well being and health day in an day out. Calling them ignorant or irrational won't win their hearts and minds.  Blaming them for the decline in vaccination rates in some areas will not win the day for vaccine programs. Solid, credible studies free of pharmaceutical company influence by credible, trusted research authorities will.
Posted by Unknown at 8:18 am

There is also the whole epilepsy in Autistics issue. Manufacturers admit DPT & MMR can trigger epileptic seizures in a small percentage of people. 30% of Autistics have epilepsy of some kind. Now this doesn't prove vacccines trigger that epilepsy but in my view it means the issue needs to be looked at, deeply. And it hasn't. Not yet.

I believe that vaccines can be a trigger in some children and should be looked at much closer. The wakefield incident has made it just a bit harder. There are many triggers that need to be looked at regarding to Autism since it is a spectrum its hard to figure out. I wish everyone would stop fighting and spend the time researching. Have you read about brain chemical serotonin plays into this.

I strongly disagree with you. Because of my profession, I know something about vaccine complications (the real ones, I mean). I also have extensively read the literature about vaccine-autism connection (or lack of it). I do not care much whether Dr. Wakefield had a conflict of interests or just made an honest mistake. What is important for me is that his article was wrong and disastrous, and the blood of children who died of measles and are now agonizing with subacute sclerosing panencephalitis is on his hands. I find the scientific evidence about lack of connection between vaccines and autism absolutely decisive for anyone whose opinion is based on data. However, many parents base their opinion on faith, and for them no evidence would ever be enough. When they say they want more studies, they mean they want a study that would confirm the vaccines-autism connection. They remind me of some Bulgarian Gypsies who keep their children unvaccinated because of fears that vaccines are a government conspiracy to make Gypsies infertile. I think the government should use its full repressive power in order not to allow the obsessions of some individuals destroy sound public health programs.