Autism Reality On The Road 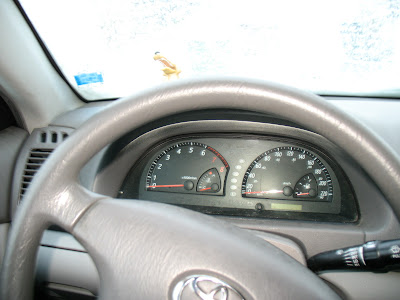 Autism is not a culture or a way of life.

Those who believe that autism is a Joy to be celebrated are guilty of seriously muddled thinking. Stressing the positive in any situation is admirable. Denying reality is harmful and can even be dangerous. Autism is a serious neurological disorder which restricts the lives of many who engage in serious self injurious behavior. It can also result in injury to family members, care givers, teacher aides and strangers.

I have written previously of the time that my son Conor, who has Autism Disorder with profound developmental delays, left the house while I was engaged in a business call, crossing a busy nearby street unaware of the dangers of automobile traffic. His life was probably saved by the actions of the Good Samaritan who got out of his vehicle and took him to safety in a nearby convenience store where I was directed to pick him up after calling 911. I owe too much to that Good Samaritan to be able to describe adequately in words.

Driving with a person with Autism Disorder can also present serious danger .... to the entire family. On several occasions Conor has slapped or grabbed my arm while driving. He has also hit and scratched me on the head, neck and shoulders while driving, including yesterday, driving home from the local Chapters outlet.

These honest descriptions of some of the real challenges of Autism Disorder on the road are not meant to demonize my son or other persons with Autism Disorder as some internet commentators routinely allege of anyone trying to deal with some of the harsher realities of autism. I find great joy and comfort in my son every single day. I enjoy his company. Conor is a lot of fun and he can lift my spirits so easily with a face pressed against a window waiting for Dad as I pull in the driveway at the end of a rough day at work. But I do him no service by denying the realities, the negative realities, presented by his Autism Disorder.

Autism Disorder presents many challenges on the road. And life's road is long. If a cure is found for Autism Disorder I would jump at the chance to have my son receive the benefit of that cure. I would seek a cure to help Conor on life's long road, much of which he will travel without me, alone, in the care, and company, of strangers.

autism
Posted by Unknown at 6:04 am

Let me ask you this--some of your previous posts point to new research into drugs like fenobam for Fragile X and possibly autism. What if a drrug were to come about that effectively "cured" autism to your satisfaction but the major side effect was major organ failure (basically death) after a few years? Would you still opt for this kind of a cure for your son?

I ask this because the long term use of many drugs does eventually cause organ failure and possibly death, even though the benefits are believed to be worth the risk. My father in law is a case in point--after many years on high blood pressure medications, he's now looking at kidney failure, dialysis and waiting for a transplant match.

The name of my blog "Proud Autistic" is a misnomer.

I (and I don't think my friends do either) don't hide the negatives of autism. It's quite there, we just don't like all the negative imagery we see. It makes me in particular more sad and hopeless.

I routinely visit posautive.org and watch the Youtube videos posted there just to keep myself happy. Even then, it's just temporary relief.

People have told me I trivialize autism. I don't, really. I just need the positive side reported more often, for my own good.

I had my daughter pull my hair, too, while driving. I'm glad that she's at a stage in life where she doesn't do anything dangerous. But that can all change.

I'd cure my daughter, too, if I could. I'd love nothing more than to have a real conversation with her.

Personally, I've seen far more denial of reality in those who revile autism.
I work with autistic people. I've been bitten by an autistic young woman because I took her to the wrong change room in the pool and tried to stop her from banging her head. I've had my hair pulled by a screaming autistic boy as I struggle to figure out what's wrong. I've had an autistic girl scream and hit herself on the head repeatedly.
I am also autistic. Though I am 'high functioning', I hit myself on the wrist hard enough to bruise, and once bashed my head with a glass bottle. I can't live independently. I can talk well and seem fairly normal in a one-on-one interaction, which makes it hard for me to get the help I need.
I would *never* say that autistics don't need help. I do say autism isn't a bad thing. I do see the beauty in every autistic person I meet, and recognize the reasons they struggle so much. The young woman who bit me couldn't talk, and couldn't tell me what she needed any other way. I want her to learn to communicate some way other than screaming and lashing out. The boy who pulled my hair also smiled and flapped and trilled with delight. He, too, needs to learn to communicate better. And all these kids were square pegs in round holes. I've been a square peg in a round hole my entire life, though I'm rounder than they are, or maybe just more malleable. Our society is designed to accomodate the weaknesses of normal people and build on their strengths. My own strengths are unneeded and unnoticed while I fall into the cracks most people can avoid.
I do not trivialize the struggles of autistic people. To do so would be to betray my friends and myself. If I pretend autistic people are just fine, I might starve to death when my parents die. My friends might never be able to have some control over their fate, or express their thoughts beyond behavioral communication. And they might be forced to choose, or have others choose for them, between being treated as a real human with their own opinions and perspective and being able to survive.
And to anonymous - do you know which drugs do this? My father has recently started being medicated for high blood pressure, and I'm worried.

Thank you for your comments. One question for you. You work with autistic people who cannot, as you can, communicate. You know that not all will be able to learn to communicate with current interventions. IF a cure or effective biomedical treatment is developed which provides some of the severely autistic with the ability to communicate and better understand the world do you think they should receive that treatment?