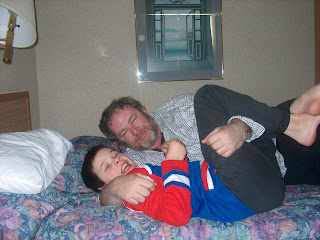 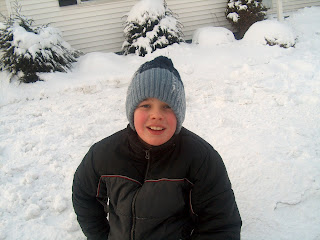 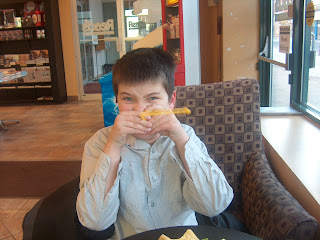 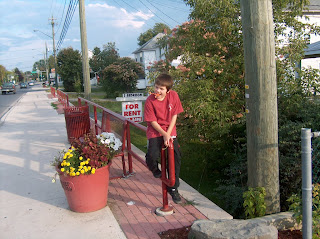 Because finding joy in Conor does not require struggle; Because the point is he is Conor, he is not his Autism; Because he does not comprehend what Autism is and can not offer his opinion about autism; Because Conor is a joy but his Autism is not; Because he rises in the morning and greets his family with a smile; Because he waits, faced pressed against the window, for his Dad every day and lifts his Dad's spirits every day; Because despite his intellectual, communication and behavior problems he is worth it; Because, like any other child, he deserves to be educated to the fullest extent possible and to learn in the way that he learns best; Because it takes hard work and sacrifice, not accepting or singing the praises of Autism, a serious and debilitating disorder, to ensure Conor learns and develops to the best of his ability; Because the tremendous joy that he brings me every single day does not arise from his autism it arises from who he is and his Autism, a serious developmental disorder, will not be given credit for that great joy he shares with us every day.
Posted by Unknown at 5:55 am

Amen. What a nice way to put all the feelings together. On my days where it seems aliitle harder, I will remeber your words.

hey, my baby cousin is autistic, so I understand the whole issue quite well. He is living in Hong Kong right now and my uncle thinks he is a genius, he can identify all the flags of the world...I gonna post the video on my blog later on...anyways, great site, take care!

...so you do find the joy in autism, because Connor is who he is and he is autistic, just like my Adam.

There is joy in this because despite the disability, our children do give us joy. That is the point. However, Einstein once said, "what you see depends on where you stand."

It's refreshing to see an autism blog that doesn't put things in black or white.

BTW, Was that you commenting on the HuffPost today? That was right on!