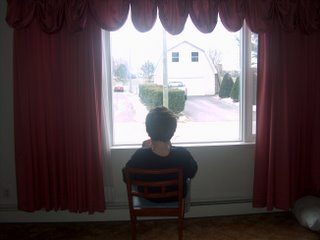 Applied Behavior Analysis is criticized from different perspectives. Those who advocate for other interventions with little or no empirical support for their effectiveness in treating or educating autistic children quite inconsistently try to nit pick and denigrate the numerous studies which have validated ABA as an effective evidence based intervention. Anecdotal evidence of parents who advocate for ABA services for autistic children is dismissed as wishful thinking by critics who have had no involvement at all with the children of those parents. And then there are the "autism is beautiful" critics who describe ABA as a brutal abusive attempt to destroy the true nature of autistic persons. Sometimes these critics even resort to long outdated and false views of ABA as involving shock therapy and physical restraint.

My son Conor is 10 years old and is "profoundly" autistic as his pediatrician who diagnosed his Autism Disorder described him. He does not appear before Senate Committees, make representations to Courts of Appeal or fashion a career for himself as a professional autistic person. He struggles with the fundamentals of language but he has, with the help of ABA interventions, learned some language and communication skills, even some reading skills. Conor's view of the "ABA is abusive" rhetoric can be best summed up in this picture of him poised before the window waiting for his therapist to arrive, an event for which he waits with great joyful anticipation. In this picture Conor moved a dining room chair into the living room 10 minutes before his therapist arrived waiting for her to show up. When she did he bounced off of his chair - happy.

No amount of persuasion will change the minds of the Anti-ABA crowd. They are welded to their opposition to ABA. They will choose to disbelieve all scientific study pointing to the efficacy of ABA as an autism intervention. They will rely on long outdated incidents to justify their caricature of ABA as abusive. They will disbelieve my comments. But Conor won't buy their nonsense. Let them tell Conor that ABA is abusive as he waits for his therapist to arrive.

I suspect that many of the criticisms of ABA are 'merely' a problem of definition. Since ABA should be individually tailored to each one's needs, there are wide variety of techniques that are implemented. I imagine that the people who are against ABA mistakenly believe that it takes the form of the publicly heralded aversives, the extremities. Whereas most people are speckled along the spectrum. Best wishes