NB Adult Autism Residential Care Facility Needed: "It Is More Than Overdue" "When Will They Ever Learn?" 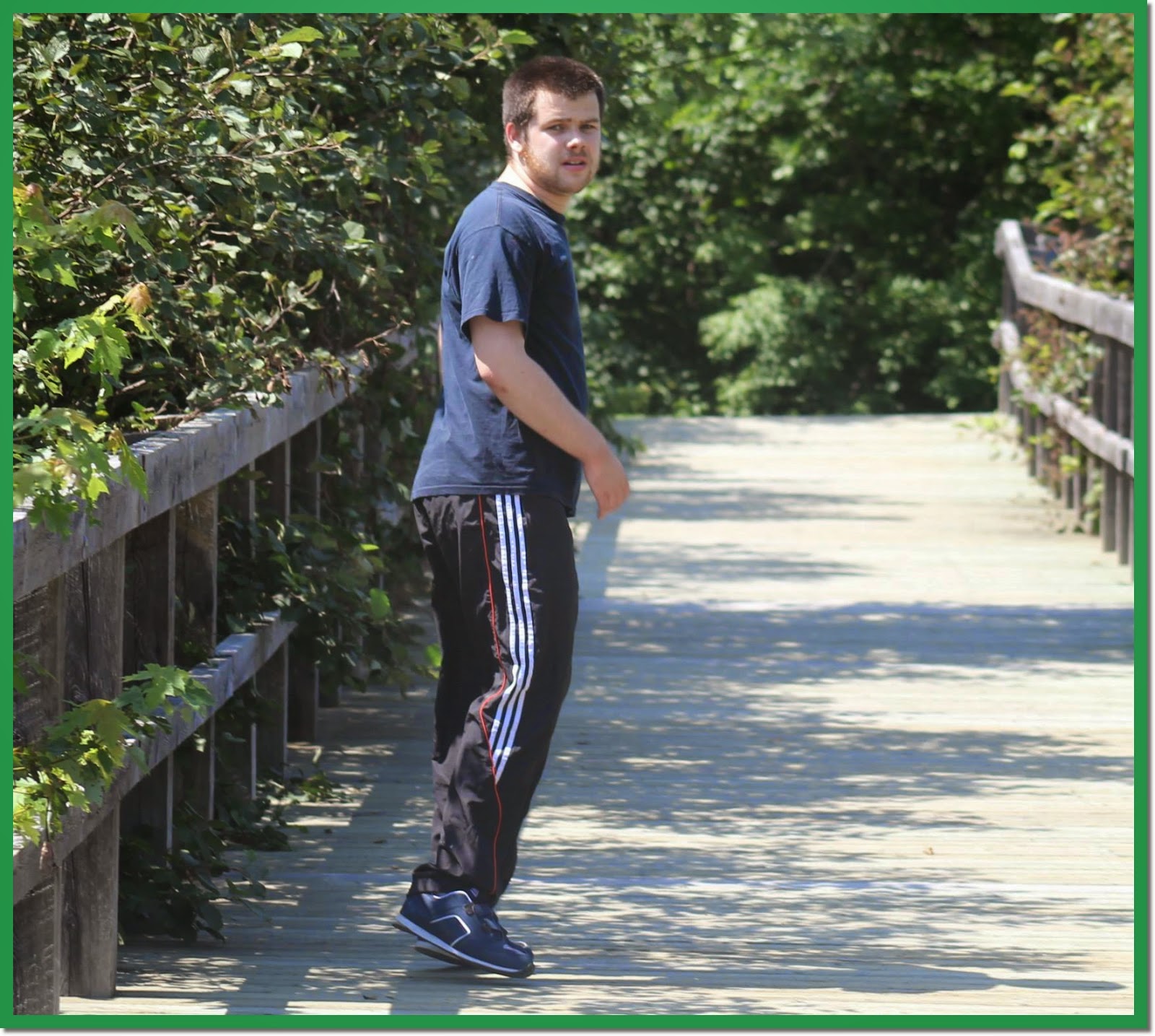 My 18 year old severely autistic son Conor waits for his slow poke Dad while we were out
on a trail walk (Fredericton North Riverfront Trail). NB has known for 11 years (at least)
that an adult autism residential care and treatment facility is badly needed.
We are still waiting.

On June 18, 2014 I posted on Facing Autism in New Brunswick and on my Facebook page a letter I  sent to NB's political party leaders in which I commented on the long overdue need for an adult autism care facility in NB that could provide care for the most severely autistic and expertise to group homes around the province as articulated by Professor Emeritus Paul McDonnell whose 2010 comments are also re-posted herein:


Prior to the commencement of the official election period early autism intervention issues have already received some needed attention in a new early intervention policy which provoked considerable reaction and vigorous discussion. What was not mentioned, what has never been mentioned, what never gets any serious attention, is the desperate need for an adult autism centre that could assist in providing providing ongoing training, leadership and supervision for adult autism group homes and assisted living arrangements and would also provided permanent residential care and treatment for those with severe autism disorders.

"Our greatest need at present is to develop services for adolescents and adults. What is needed is a range of residential and non-residential services and these services need to be staffed with behaviourally trained supervisors and therapists. In the past we have had the sad spectacle of individuals with autism being sent off to institutional settings such as the Campbellton psychiatric hospital, hospital wards, prisons, and even out of the country at enormous expense and without any gains to the individual, the family or the community.
We need an enhanced group home system throughout the province in which homes would be linked directly to a major centre that could provide ongoing training, leadership and supervision. That major centre could also provide services for those who are mildly affected as well as permanent residential care and treatment for the most severely affected.  Such a secure centre would not be based on a traditional "hospital" model but should, itself, be integrated into the community in a dynamic manner, possibly as part of a private residential development.The focus must be on education, positive living experiences, and individualized curricula. The key to success is properly trained professionals and staff."  (Bold highlighting added - HLD)

As I have stated many times if an  autism centre is not developed to help enhance the group homes and provide permanent residential care and treatment for those with severe autism as Professor McDonnell has advised people with severe autism, including my wonderful, happy 18 year old son,  will continue to be sent to live  out their lives in Campbellton at the Regional Psychiatric Hospital. Apart from the  hospital character of that facility it is also located in a corner of the province 3 to 4 hours drive from most communities in New Brunswick and has no direct access to autism expertise.   Previous ASNB member polls  on the desirable location for an autism centre saw votes for Fredericton for several reasons, the two most critical being proximity to the autism expertise developed at UNB and the Stan Cassidy Centre, and the central location providing easier access for most families to their loved ones who would reside there temporarily and in some cases permanently. As it is those with severely autistic adult loved ones currently travel out of province or to the Restigouche Psychiatric Hospital on NB's Quebec border.

Will NB ever learn to save money and help our severely autistic adults by building a residential care and treatment facility in Fredericton or will we continue to spend money sending them out of province or send them far from family on the NB-Quebec border?

This situation is complicated when a young person with autism turns 18 and is unable to cope alone. Many young people with autism care continue to live with their parents until well into adulthood.