Waterhouse & Gillberg: Why Autism Must be Taken Apart 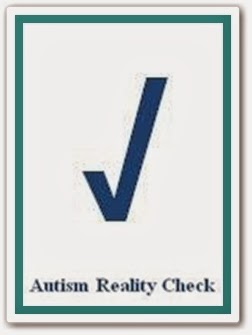 The belief that there is a single defining autism spectrum disorder brain dysfunction must be relinquished. - Waterhouse and Gillberg, Why Autism Must Be Taken Apart

I am not going to offer too much comment on the article by Lynn Waterhouse and Christopher Gillberg itself  which, as the title indicates, argues that autism must be taken apart, at least for research purposes.  I have not yet purchased or read the article. The abstract speaks very clearly and even I, as an ignorant, hysterical, misguided parent of a son WITH severe autism disorder, intellectual disability and epileptic seizures can understand. Waterhouse and Gillberg address themselves to the important needs of studying individual variation and finding specific treatments which are difficult to achieve in the artificially combined "autism spectrum disorder".

The authors' views are important in and of themselves as autism experts.  They are also important because parents concerns on such subjects as the characterization, the artificial, non evidence based,  unification of autism disorder(s) are automatically dismissed.  The lumping of Aspergers in with autistic disorder under the pervasive developmental category of the DSM-IV created a whole new generation of extremely high functioning, adult diagnosed"autistics" and "free ranging Aspies" who declared that THEY speak for all persons with autism. Michelle Dawson even appeared as an "autistic" before the Supreme Court of Canada in the Auton Case to oppose government funded early ABA intervention for autistic children ... other people's autistic children.

My son can not speak for himself.  As his father I speak for him and I know him best in doing so.   As a parent I reject absolutely the right, or the knowledge base, of Michelle Dawon, JE Robison, Ari Ne'eman or anyone else to speak on behalf of my son.  To those parents who think that the insights of some high functioning autism celebrities can offer assistance to their children I hope that, in their cases, they are right and I wish them well.

Why Autism Must be Taken Apart

Although accumulated evidence has demonstrated that autism is found with many varied brain dysfunctions, researchers have tried to find a single brain dysfunction that would provide neurobiological validity for autism. However, unitary models of autism brain dysfunction have not adequately addressed conflicting evidence, and efforts to find a single unifying brain dysfunction have led the field away from research to explore individual variation and micro-subgroups. Autism must be taken apart in order to find neurobiological treatment targets. Three research changes are needed. The belief that there is a single defining autism spectrum disorder brain dysfunction must be relinquished. The noise caused by the thorny brain-symptom inference problem must be reduced. Researchers must explore individual variation in brain measures within autism.
Posted by Unknown at 9:02 am

Another indictment of the APA and their DSM: the DSM exists, in part to promote research in the mental health field by "standardizing" populations. . . this in response to the charge the psych is not a true science (remember, these are psychologists, NOT psychiatrists). Unfortunately the APA seems primarily motivated by billings - so the latest iteration is fatally flawed, but who cares: services can be billed. I speculate that as the autism numbers ballooned, the urgent need for study and intervention made autism the favored diagnosis - in terms of funding. The APA had to come off the position that treatment consisted of analytical/cognitive paradigms, and opened the door to behavioral, then seemingly discovered that that form of treatment takes time, and involves a whole different sort of population. Cherry picking was called for, hence the modification of the DSM. Cases like our guys did not, and do not, benefit from psychological interventions. Psychiatrists stand ready to prescribe -whatever-, behaviourists do the heavy lifting. The APA - oh man, just read any of Thomas Szasz' work.

To underline my point, see "Researchers believe they have developed a psychological technique that improves the mental wellbeing of children with autism - through an activity that invents tiny characters the kids can then imagine are in their heads helping them out with their thoughts...." (Medical News Today). WHO were these Scottish Researchers studying? While it is obviously not based on people at my son's end of the "spectrum" (he's non-verbal), it is remarkable they were able to get any child on the "spectrum" to buy into the idea of imaginary anything, let alone the idea of imaginary somethings in their brain!

Harold and Roger,
First, I do not disagree that there are subtypes of autism, or even different disorders if you will. There are. However, please realize that the DSM5 does a pretty good job of recognizing them, a much better one than DSM-IV. IN DSM-IV, anyone with a communication impairment (which could be just not being able to hold a conversation) and who otherwise met the criteria for Asperger's, could be given an autistic disorder diagnosis. Many people you disagree with and wish stop speaking for your son (Michelle Dawson for example) have an autistic disorder diagnosis.

I own a copy of DSM5, and it has specifiers for autism with intellectual disability, language impairment and associated medical/genetic conditions. Conor has all three while I have none. Also, the different severity levels in autism spectrum disorder make it possible to distinguish between milder and more severe core symptoms. I don't yet have a DSM5 diagnosis (we stick to DSM-IV here in the Netherlands) so can't tell you which level I fall into, but Conor I assume falls into level 3. By contrast, DSM-IV only has the GAF scale. I can't remember whether you ever said what Conor's GAF score is, but mine is 40, which means severe impairments in several areas of functioning. The way the GAF scale is designed, you'd have to be suicidal to score low, which I assume Conor doesn't have the ability to communicate or act on even if he were.

That being said, I have no sympathy for the idea that autism falls into two rigid subtypes: HFA/Asperger's and LFA. This dichotomous categorization, which you often advocate, leaves people who are significatly impaired like myself (and many who are more severely impaired than I am) without services just for having an IQ above 70. I'm talking about people who can't do household skills or even take care of their personal hygiene, who have severe aggression or self-injury, etc. I could list some of my own impairmetns, but I know that other people have done so and weren't being believed. I am all for subtyping of autism, but so far, DSM5, in spite of its naming, is the best and most nuanced we can have.

I feel more affinity and recognition when I interact with people who are severely autistic. People like http://pixiebluesky.blogspot.com or http://emmasmiraclemusic.blogspot.com or Amy Sequenzia or Carly Fleischmann. I don't feel that same recognition reading the words and thoughts of parents of autistic children. They don't know what it's like to live in my brain. Other autistics do. They understand. No matter their functioning level or severity.