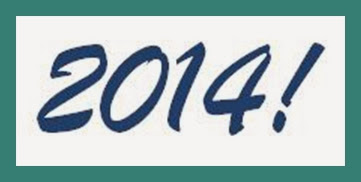 New Brunswick adults with autism are still in desperate need of a modern, made in NB residential care system which will provide group homes with staff professionally trained by the excellent UNB-CEL Autism program and a facility based in Fredericton which could also be developed in collaboration with UNB Psychology, UNB-CEL Autism and the Autism Team at the Stan Cassidy Centre. A Fredericton based adult autism residential care and treatment facility could provide both temporary and permanent residential care for those who require it along with medical are by professionals with specific knowledge of conditions which commonly occur in connection with autism disorders.

An example of one commonly co-occurring conditions is Epilepsy or Epileptic seizures. Such seizures, at their most severe, can result in sudden deaths, an occurrence which has now become known as SUDEP, or Sudden Unexpected Death in Epilepsy. Such events can occur during the night while family members sleep as occurred this year in NB. It is a threat which hangs over my son who during the past year suffered two grand mal seizures and a life threatening adverse reaction to his seizure medication. Such seizures occur more frequently with persons with autism disorders, particularly those persons who are intellectually disabled, than they do in the general population.

As with many parents with autistic children in NB I began my public advocacy by advocating for evidence based early intervention for autistic pre-schoolers. Our efforts were informed by the professionalism and expertise of UNB Psychology Professor Emeritus and Clinical Psychologist Paul McDonnell and UNB Psychologist Barb D'Entremont. We advocated for early intervention, from which our own children did not benefit, and for autism specific aides and teachers in our school system. New Brunswick has won international recognition for these initiatives.

As parents we have also advocated for an adult autism care network consisting of a central facility and group homes with UNB-CEL trained staff which, as I understand, the current government has begun to explore with a pilot project at one of the group homes. Assuming the pilot project results in autism staff training at all group homes around the province providing residential care to autistic adults there still remains an overwhelming, urgent and long unaddressed need for a central facility in Fredericton close to all the Fredericton based autism expertise that has been developed in this province that could provide temporary AND long term, permanent residency and care for those, like my son with severe autism, intellectual disability and related conditions.

The need for a permanent care facility has been known for many years. The anti-institutional mindset that has frozen any effort to address the issue does a great disservice to those who actually need permanent intensive care for their complex autism, intellectual disability, seizure and related conditions. The evidence of the need for such a facility is hidden in plain sight in the Restigouche Psychiatric Hospital in Campbellton where some autistic adults have lived out their lives. It has for periods of time been hidden in plain sight at the grounds of the Miramichi Youth Correction facility, in hotel rooms, and general hospital wards. The evidence of the need for a facility for permanent care and treatment of those with severe autism, intellectual disability, seizures and related medical conditions has been out and out hidden by the export out of province of some of our autistic New Brunswickers including to a facility in Maine.

New Brunswick is more than the wonderful natural resources on which our economy has been based. It has also been the location of remarkable human and intellectual responses to the needs of our people under successive governments. The NB response to autism challenges in the early years has won national and international acclaim. The UNB-CEL autism program and expertise in particular has won recognition and has been sought in Saskatchewan. New Brunswick has a track record of success in early autism intervention and education.

In this election year 2014 it is my wish as a parent and long time autism advocate in New Brunswick that we seriously begin the development of the adult autism residential care and treatment system that is so badly needed. I wish that all party leaders and members, all government decision makes now, and after the election, will take action on behalf of adults with autism and related conditions.

Harold L Doherty
Fredericton
Posted by Unknown at 5:37 am