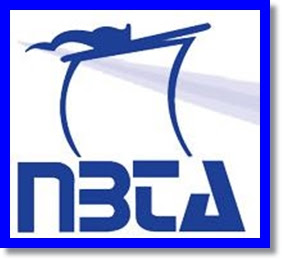 The New Brunswick Teachers Association has spoken up ... sort of ... about New Brunswick's extreme inclusion philosophy.  The NBTA to its credit  acknowledges, finally, that inclusion is a philosophy not an educational plan as stated by outgoing NBTA President Heather Smith at a meeting of delegates from around the province.  Smith also acknowledged that the education focus during the past year has been  on the Porter Aucoin Report with all "professional development" focused on inclusive education.  Smith, in a recent Daily Gleaner article by Tara Chislett,  also talks about the need for more resources without identifying any of those resources.  Many autism students who require autism trained education aides do not have them.

Outgoing NBTA President Smith also fails to acknowledge that some students with severe autism and other severe difficulties require accommodation of their disabilities by learning outside the regular classroom. Unfortunately the inclusion extremists have targeted such human rights accommodations as constituting segregation and  are trying to eliminate them. What Smith did not say is that in New Brunswick inclusion is a ridiculously simplistic "everybody benefits from education in the regular classroom" belief.

Although Ms. Smith did not go far enough in her critique of the education philosophy that has ruled the minds of New Brunswick educators and civil servants it is a solid beginning.  At last one voice, other than the Autism Society New Brunswick in its submissions to the MacKay and Ministerial inclusive education reviews, and me personally, has spoken out against the decades old mindset that has provide obstacles to the accommodation of students with severe disability challenges.

"The president of the New Brunswick Teachers’ Association says the Department of Education has focused too much on inclusive education over the last year instead of giving teachers what they need most: an education plan laying out achievement goals.
“One year ago, I stood at this AGM and made the statement that New Brunswick was still without a publicly unveiled education plan,” she told the crowd. “It’s frustrating that I am here making the same statement today. It is quite clear that the education focus this year has been on the Porter Aucoin Report and that all department-led professional development has focused on inclusive education.
“I have a degree in special education and it is my belief that inclusion is an approach, a philosophy, not an educational achievement goal.”
Smith said in addition to a lack of an education plan, schools continue to struggle with not having enough resources as the government continues to cut away at budgets.    ...  “Inclusion’s not an outcome. I’m sorry. It’s a philosophy. And we’ve had that philosophy in our schools since the mid-80s. It’s a great philosophy, we support it if the supports and resources are there so schools can do it effectively.  “But that’s not a plan for education. It’s not."  (Bold added - HLD)

Excerpts from Teachers Say Education Plan Overdue, Daily Gleaner, May 26, 2013
Posted by Unknown at 6:59 am

I am angry with the education system and how it seems to have more to so with their own agendas than the children they teach. Kids have become less important to teachers than their pension. What is going on? The values of society and principals of life have almost disappeared . Stand up, make it known, your children are more important in the need of education than being a pawn at the bargaining table. Sick, it disgusts me

When I was in school I was part time regular classes part time special day classes. In California USA we have several levels of special education they are resource, special day, mild-moderate, moderate-severe and lastly developmental impaired, I was in special day the second mildest type and with out it I would have not passed high school albeit with a 9 grade reading and math level. I hate the inclusion nonsense myself the real reason behind inclusion is I think going by local experience is budget cuts as in our stat and other places where the money grader for funding most likely inclusion reason political correctness gone overboard