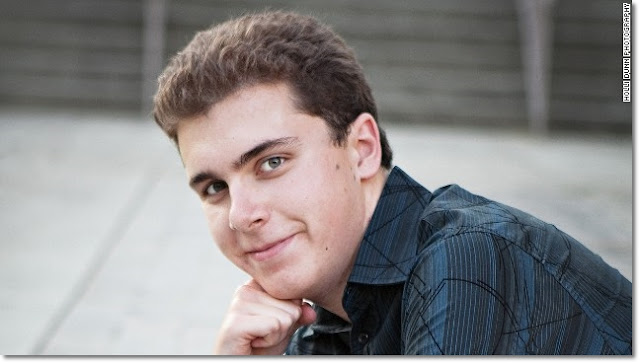 Neither of these interviews enlightened the world about the realities faced by those less fortunate than the Aspergers family Robison, those with severe autistic disorder. There was discussion of not having a lot of friends but no discussion of intellectual disabilities, serious self injurious behaviors, children wandering, sometimes with dangerous consequences, far from family or schools, the challenges of severely autistic children in schools or in finding a place to live when their parents grow old and ultimately become deceased.

Several years ago CNN afforded several episodes to the Amanda Baggs story, portraying her as low functioning. Subsequent to the CNN-Baggs collaborations several former acquaintances of Baggs, who attended the same private school for gifted youths, as she had attended came forward on the internet to describe her as a highly verbal, creative individual with normal functioning abilities.

I am not suggesting that CNN or Dr. Sanjay Gupta intentionally misrepresent autism to enhance ratings and profits. I recognize that Dr. Gupta has a busy schedule and it would not be easy for him and his crew to visit a facility caring for children, youth or adults with severe autism disorders.   I am simply stating that, for whatever reasons, Dr. Sanjay Gupta and CNN present misrepresent autism to the world by repeatedly featuring high functioning persons with autism.

Autism fund raising power houses and major mainstream media alike misrepresent autism to the world painting a picture of autism as gifted, shy individuals while ignoring the harsher realities facing those on the severe end of the autism spectrum.

Yes and it just goes on and on with foolish people falling for these supposed autistics promoting them and telling the world just how wonderful they are.

It is getting very concerning as so many bloggers are popping up claiming they are autistic (the "I was diagnosed at 40 crowd"-sure!) They really seem to be in the majority lately. One in particular is a woman who writes a blog entitled Stimeyland. Her motto and heading is "Get Your Quirk On." She also claims to have been diagnosed as autistic recently despite being married to a lawyer for years, has three kids, lives a wealthy lifestyle, writes a blog and articles with extreme theory of mind and humor and claims to have a quirky, autistic kid. The whole family just loves autism it seems. This is what the unknowing people in this country are believing is autism leaving the severe population to be ignored.

I honestly believe bloggers like this do a lot of harm. They are completely selfish only caring about the attention they are receiving. They are quite simply- egomaniacs. Stimeyland (Jean), Jessica Wilson (Diary of a Mom), John Robison, Ari N., that horrid Emily Willingham and on and on. They are self absorbed people who simply love the adoration they receive from their mindless followers and they just can't get enough of themselves.
They are convinced this kind of awareness helps when in reality it is doing the opposite.

I still don't understand how John Robison merits an autism diagnosis when he states that he has no disability of any kind.

Problems like yours' and mine ain't pretty Harold and everyone wants pretty these days. Easy and pretty. Hold the line. Cam.

I have a question. If people like John Robison and this Jean W. of Stimeyland and others like them claim to be autistic yet they are also parents taking their kids places, making judgement calls each and every day as parents have to do while some, like Jean, supposedly have the additional difficult task of having an autistic child and all the decisions that are involved with that, then shouldn't DYFS or CPS be involved with these families on an ongoing basis? I mean, if the parents are autistic we know that diagnosis includes poor judgement, lack of social skills, difficulty with theory of mind, poor impulse control and other problems. These are all things that need to be in tact if one is to be a reliable and decent parent. If they are not then I wonder about the safety of their kids and their ability to have any kind of decent life being raised by these individuals.

Here's what I think. These parents are not autistic at all but are simply misfits who find power behind their blogs, books and ridiculous articles. I am amazed at the number of people who believe and look up to them.

Meanwhile, in other news:

Parents benefit from as little as 1hour of respite per week! In point of fact, only parents of young, uncomplicated, high-functioning children can reliably access respite. Finding anything for, say, a teen with what I call "we ain't kidding" autism is impossible. Agencies are jumping into the field (it's the cut-proof Dx du jour) with no idea of what they're doing... no training, and ideas shaped by the usual cast of characters you cite.

I wonder how many parents of autistic children who are more seriously disabled will watch this stuff,and be filled with all sorts of false hopes for their children.

Roger I am afraid that many parents of children newly diagnosed with severe autism disorder will buy into the image propagated by CNN and other major media that autism is represented by these very high functioning persons they love to interview.

Jonathan I met Robison briefly at the IMFAR 2012 conference in Toronto. Nice gentleman. What I don't understand is about Mr Robison is what his limitations in daily functioning are? As his interviews show he has good communication skills, he is married with a son so he must have had some social skills. He is a very successful business man, author and participates in many events with organizations like Autism Speaks. I am not a psychiatrist or a psychologist and can not challenge his Dx but I just don't see where his limitations are that give rise to a diagnosis of autism (Aspergers.

I hate to say it,but I do think someone like me,who has come back from a serious autism diagnosis,by finding a treatable metabolic cause for it,would make for a much better story than these two.But that would mean admitting autism is caused by diseases that need to be cured or treated.

Considering Sanjay Gupta fell for Amanda Baggs' con job,and came out as a neurodiversity apologist,after it came out Adam Lanza was on the spectrum,we will never hear anything like that from him,or most of the mainstream media.