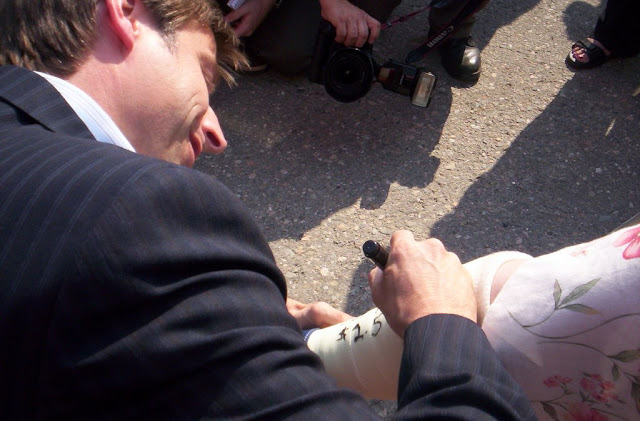 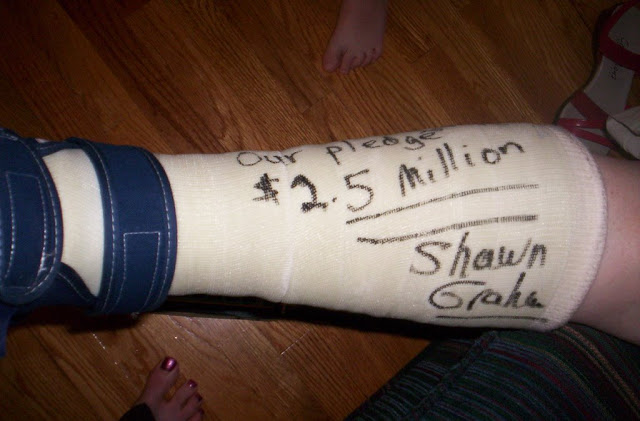 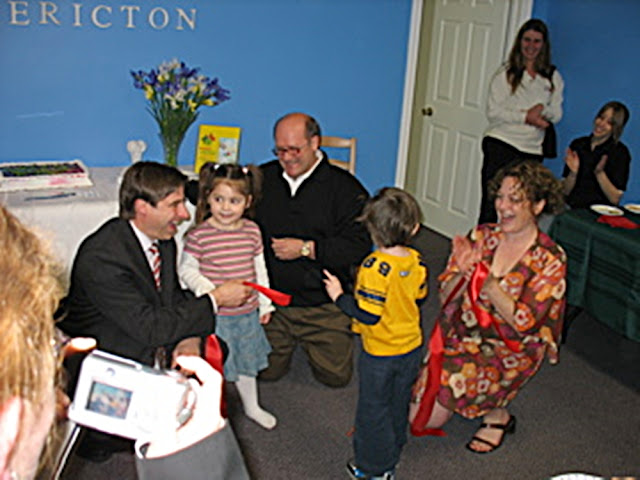 In the pictures above Shawn Graham makes a financial commitment to helping NB's autistic children and signs the cast of then Autism Society New Brunswick President Lila Barry.  In the bottom picture he and former Fredericton MP Andy Scott, also a strong advocate for autistic children,  participated in the grand opening of the Autism Connections Fredericton Community Center.

Walking across the intersection at the corner of King and Carleton Street in Fredericton today I saw former New Brunswick Premier Shawn Graham coming from the opposite direction. I was very happy to see him and took advantage of the opportunity to shake his hand and thank him in person for the outstanding contributions he made to the lives of children with autism disorders in New Brunswick. I have thanked him publicly in the media and on this blog site but I appreciated the opportunity to thank him face to face.

Shawn Graham built on the autism programs started during the Bernard Lord government in provision of quality autism early intervention.  He expanded significantly the number of education assistants and resource teachers with autism training at the UNB-CEL Autism Intervention Training program.

It was a high point of my day to be able to say thank you in person to Shawn Graham on behalf of my son Conor and the other many children with autism disorders in New Brunswick who enjoy quality early intervention and accommodation of their challenges in achieving meaningful access to an evidence based approach to inclusive education.

Thank you again Mr. Graham!
Posted by Unknown at 10:07 pm