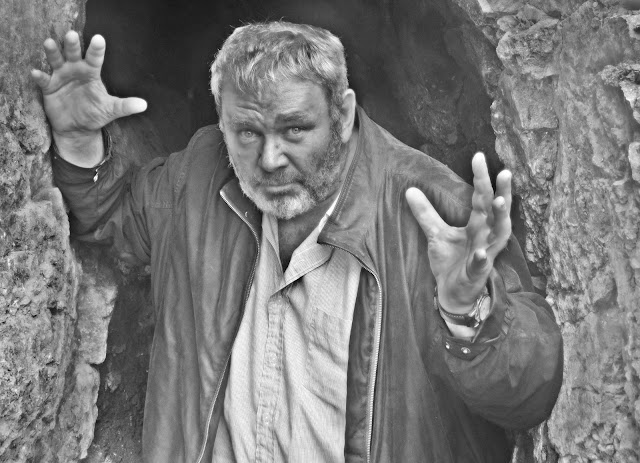 Once upon a time the medical community accepted without critical analysis the speculation that aloof, cold "refrigerator" moms caused their children's autism disorders. Eventually that so called theory was exposed as a medical establishment fraud, a very harmful one.  In recent years the old dads theory has gained ground and it is the old sperm of dads, including this dad, that is responsible.  The recent "study" which purports to "link" older dads to the autism of their children is the attack du jour on autism parents who MUST be blamed for what has happened to our children. The medical establishment, still at war with McCarthy, Wakefield and parents who observe regression in their children immediately after vaccinations is giddy and giggling with glee over the opportunity to once again blame parents, Dads' turn this time,  for their children's autism disorders.

None of the environmental toxins to which our children, and we, are exposed in utero, or in our air, water, toys, jewelry, living room window blinds, foods, gasoline, house paint, pharmaceuticals, vaccines or vaccine ingredients including those administered to pregnant women will be considered. Corporate profits will be immunized from the disorder known as Irrational Autism Parents Disease.  Even more funds can be diverted from environmental autism research into "genetic" autism research no matter how genetics is defined at the time.  Many parents do not trust the researchers and medical authorities who accept any piece of speculation as long as fault for autism can be laid at the feet of parents.  And all the smart people of the medical establishment will wonder why many of those same parents do not and will not trust them.
Posted by Unknown at 5:11 am

Thing is, they have yet to say how old is "old". Yes, we know the older the Mom is the higher risk there is for Down's but autism?? They've been kicking around the old man = autism link for a while.

FWIW, mine was +/- 35 when mine were born... IMO, not terribly old and there was a lot of other stuff... like high bp, stopped moving = c-section, and acidic cord blood (other research) going on.

I roll my eyes every time they try to say "this caused it". Sorry, no. That was just a questionaire science project (last nights - news - had 78 families I think in it). When they actually do research... then I'll believe/worry about it.

It's desperation, based upon the fact that no one anywhere has been able to definitively identify the cause of our children's autism. My husband was in his forties when we had our children. I was 33 when I had our last child, and they both have autism.

How old is too old? People younger then I was have had children on the spectrum.

I don't think it is worth dismissing altogether. From what I heard on the radio this morning the researchers are not simply blaming older dads. I was driving so I may not have caught this properly - THey are saying that that the risk is higher because of possbile to exposure to more things in the environment that affect the sperm and the fact ther advanced age gives a greater chance of spontaneous mutation. I agree that much more needs to be looked at in terms of environmental causes - there is no other way to explain the rapid increase but I think exploring what parents are exposed to AND what kids are exposed to is necessary.I need to read the study for myself before I judge but I dn't think the idea should be +thrown out too quickly and I don't think it is the same as blaming "cold" mothers. And under o circumstances should this become someone's "fault"

My husband was 35 and I was about to turn 32. Nope, I don't think we were old. We have some hx of bipolar on his side and I have a few traits-not enough to even qualify me for Asperger's. My son had strep B at birth and labor failed to progress which meant C-section. Is any of this significant? Might be or might not be. I think you could drive yourself to the brink. Present challenges tend to push most of this into the back corridors of my mind. I decided not have another just in case. But, others have with success. I guess my worries center on the future care of my child now.