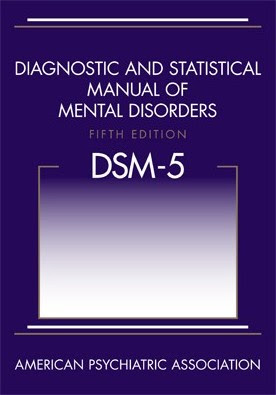 In his recent Nature  journal article Dr. Laurent Mottron repaints autism disorders in the image of his mentor Michelle Dawson, and the handful of high functioning autistic persons (represented by Mottron as being typical autistics) who are also providing research assistance to Mottron and his research team. Almost all media coverage of the Mottron commentary has consisted of breathless expressions of admiration for Dawson and Mottron. The media has by and large accepted the Mottron commentary without critical analysis and without reservation.  I was interviewed by Sara Boesveld of the National Post about the commentary. She was very courteous and provided an opportunity to offer some counterpoint to the Mottron comment even if my input was reduced to the following paragraph which was then, apparently, provided to Michelle Dawson for rebuttal:

"Harold Doherty is a New Brunswick labour lawyer whose son Conor is “severely autistic,” barely communicates and expresses odd behaviour. He’s sure Conor will never be able to work and he’s worried what will happen to his son should he ever die and be unable to care for him.
“You can’t talk to a parent with a severely autistic child about the ‘power of autism.’ That’s nonsense,” he said. “And what they’ve done is they’ve tried to paint autism in a way that’s not realistic across the spectrum and they’ve misled the public by doing so.”
Ms. Dawson said it’s unfair to categorize someone as low functioning or high functioning. She and Dr. Mottron believe many tests that are used to determine level of functionality are inappropriate. Less commonly used tests such as Raven’s Matrices, which doesn’t require verbal instruction to complete, can actually reveal very high intelligence levels."
I had tried during my discussion with Ms Boesveld to indicate to her that functioning levels in autism disorders are not simply related to IQ tests, that they relate to the functioning levels in the real world, in daily life. I gave as a specific example the fact that autistic children have a tendency to wander away from home and school, sometimes with tragic consequences.  That information did not appear in the National Post article. The article noted my description of my son as severely autistic in quotation marks and published Michelle Dawson's personal opinion  that it is unfair to categorize someone as low or high functioning.
Neither Michelle Dawson, nor the National Post, appear to be aware of the description of the new Autism Spectrum Disorder in the  proposed new version of the Diagnostic and Statistic Manual of Mental Health Disorders, the DSM5, which is published by the American Psychiatric Association.  The DSM5 combines the various disorders referred to in popular discussion as the Autism Spectrum, including Autistic Disorder, PDD-NOS and Asperger's into one Autism Spectrum Disorder. Although the DSM5 creates one new Autism Spectrum Disorder it includes as a mandatory condition of receiving an Autism Spectrum Disorder diagnosis, in Condition D,  the requirement that a person's "symptoms together limit and impair everyday functioning" The DSM5 then  divides the new Autism Spectrum Disorder by severity: 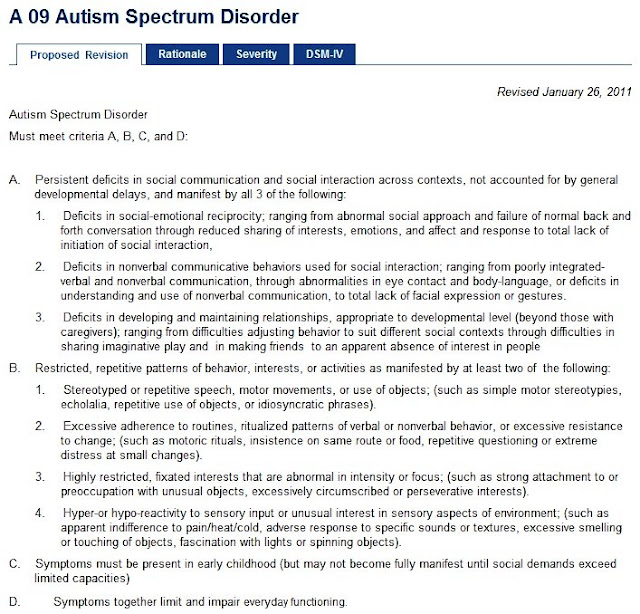 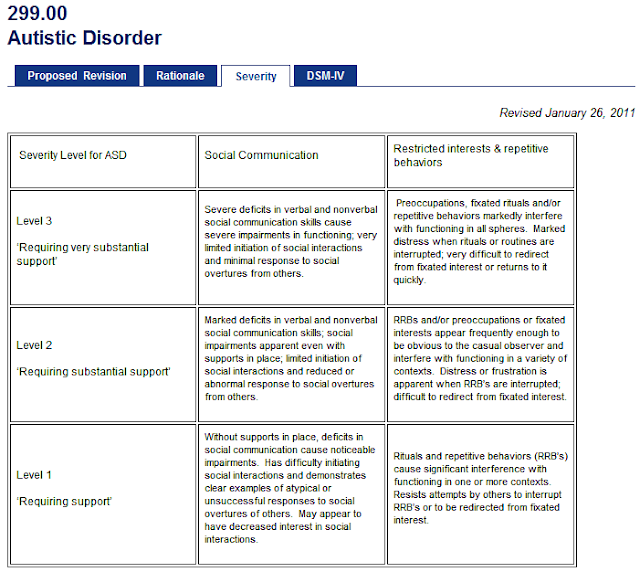 I am not sure whether this is the right place to put this, but I thought you would wish to see this blog post by one of my online friends. She is a very dedicated and caring mother, who has provided invaluable support to myself and others online as well. http://ramblingsofastoneagequeen.blogspot.com/2011/11/taboos-of-autism-and-parenting.html

That Moffat study is inane. Clearly that woman does not even understand the difference between aspergers and ordinary autism- as lived by 75% of the people on the spectrum.

I cannot believe this nonsense was even published. It is nearly impossible to get biomedical research published because so many journals are terrified of controversy but they publish this? It isn't a study, it's an Op Ed piece and a bad one at that.