Autism Research After the DSM5? At Least Grinker Will Be Happy 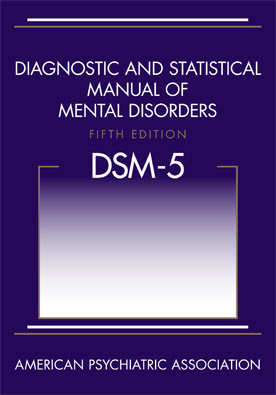 Will the DSM5 render meaningless all autism research to date? Will the DSM5 make it impossible to determine whether autism disorders are increasing or whether they are triggered or caused by environmental factors? The odds are good, given the difficulties in answering these questions resulting from the expansion of "autism" disorders in the DSM-IV and DSM-IV-TR to include Asperger's, that our understanding of autism prevalence and causation will be hampered substantially, and perhaps totally undermined, by yet another revision of the autism diagnostic categories in the DSM-5.  Even our understanding of what autism is will likely change, again, as a result of the DSM-5 revisions.  The intellectual disabilities that characterized the vast majority (Yeargin-Allsopp) of persons with classic autism will now be totally  replaced by the "socially quirky" model of autism.
Autism is now recognized globally with a World Autism Awareness Day each April 2.  While the day is used for autism fund raising, and celebrating the color blue,  it does little to actually raise awareness about the nature of autism, the numbers of persons with autism disorders, or the causes or treatment of autism.  Amongst the leading factors that contribute to our inability to qualitatively improve our understanding of autism disorders is the changing diagnostic definition of autism, increased social awareness and according to some at least, the widescale availability of autism treatments and education accommodations prompting diagnostic substitution by professionals, often prompted by parents.
Roy Richard Grinker is one of the best known advocates of the "don't worry, be happy" autism is not really increasing school of thought.  A 2007 copyright summary of Grinker's  book Unstrange Minds tells us all what was really happening with autism increases ...  in Grinker's opinion:
"Unstrange Minds shows how the shift in how we view and count autism is part of a set of broader shifts taking place in societies throughout the world. The growth of child psychiatry, the decline of psychoanalysis, the internet, the rise of international advocacy organizations, greater public sensitivity to children's educational problems, and changes in public policies have together changed the way autism is diagnosed and defined.


Societies are becoming more aware of children's behavioral and learning differences at earlier and earlier ages and more comfortable with diagnosis, medication, and psychiatric labels. Under the rubric of autism we now find a multitude of emotional and cognitive problems, problems that used to be given other diagnostic labels or that were even considered within the range of the normal. Doctors now have a more heightened awareness of autism and are diagnosing it with more frequency, and public schools in the United States, which first started using the category of autism during the 1991-1992 school year, are reporting it more often, developing ways to help children with autism, and directing parents to appropriate resources. Epidemiologists are also counting it better.

The 2007 summary was written more than a dozen years after the last diagnostic definition change for autism disorders in the DSM manuals.  Yet the CDC recognized rates have moved upward twice since then to 1 in 150 and most recently to 1 in 110.  I am no cultural anthropologist but with a change from 1 in 166 to 1 in 110 it seems fool hardy to simply assume that the increased rates of approximately another 50% in 4 years are accounted for solely on the basis of diagnostic and social ascertainment factors.

It is worthy to note that the IACC has acknowledged that the almost 100% dedication of autism funding toward genetic focused research has come at the cost of needed environmentally focused research, that the current thinking is that autism arises from the interaction of genetic and environmental factors (hardly a radical concept) and that the IACC view is that the social and diagnostic changes account for only approximately 50% of the dramatic increases in reported cases of autism disorders.

It seems that, finally the feel good, autism is 100% genetic and is not really increasing view of the Grinker (and Neurodiversity) model of autism is about to be seriously challenged and hopefully researched.  But wait a minute ... along comes another autism diagnostic revision in the DSM-5.

PREDICTION: The DSM-5 autism diagnostic revisions will once again be used to cloud and confuse our understanding of autism rates and causation.  Many concerned parents and concerned professionals will be  Out of Luck in hoping for more understanding of autism.  Roy Richard Grinker, however, and those for whom exploration of potential environmental causes of autism are a nuisance, should be happy that Grinker's 100% genetic, stable model of autism will be protected from serious research challenges for decades to come.
Posted by Unknown at 10:32 am

Uta Frith thinks "we all are a little autistic", and she and Dr. Brock feel the goal posts have been set too wide to deal with true autism, not the autistic way of thinking.

She is entwined with Tony Atwood and Simon Baron Cohen, a protege. Maybe they'll get real. We can only hope...

Sorry, here I am again.

This is the link I was talking about earlier. Her royal dumbass had to get her $.02 in (talking about me ;)), but other than that.

Don't you read it that way, that autism is diagnosed far too much, and that the previous manuals were less...uhm..."inclusive?"