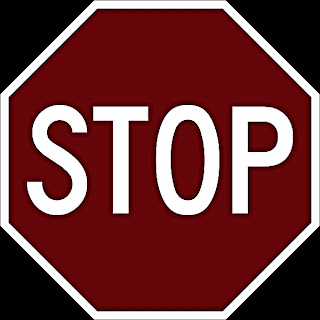 The last few years have seen an all out offensive to shut down discussion of vaccines as possible triggers of autism disorders.  The withdrawal of the 1998 Lancet article, the banishment of Dr. Andrew Wakefield by British medical authorities, the conviction of Andrew Wakefield of fraud in The Court of Brian Deer and the mainstream media puppeting and promotion of the Deer conclusions have occupied much public space in discussion of autism disorders.  And of course no less a public figure than Bill Gates has accused those who question vaccine safety of killing children around the globe. Autism Speaks has declared that it "is time to change the conversation".  In other words "sssshhhhhhhhhhhhhhhuuuuuttttttt up" or face the consequences.
In the era of the New Prohibition, the prohibition against discussion of  possible vaccine autism discussions, will research which MIGHT implicate vaccines as possible be prohibited? Environmental autism research focused on prenatal and early postnatal environmental impacts on the fetus and developmental disruption has been featured in reports to the US senate on the State of Research on Potential Environmental Health Factors with Autism and Related Neurodevelopment Disorders:
Paul Anastas Ph.D. Assistant Administrator for Research and Development and Science Advisor U.S. Environmental Protection Agency (EPA)

Because of its extraordinary complexity, prenatal and early postnatal brain and nervous system development can be disrupted by environmental exposures at much lower levels than would affect adults.5,6,7,8,9 We are learning that there are critical windows of susceptibility both prenatally and in early childhood, during which the effects of exposures to environmental contaminants, depending on dose and timing, can be significantly more severe and can lead to permanent and irreversible disability.10,11,12 For these and many other reasons, EPA is especially concerned about potential effects of environmental chemicals on children’s health and neurodevelopment.
Linda Birnbaum, Ph.D., D.A.B.T., A.T.S. Director, National Institute of Environmental and Health Sciences and National Toxicology Program National Institutes of Health, United States Department of Health and Human Services


Development of the nervous system begins in the womb and extends through childhood. During these periods of rapid development, the brain is vulnerable to some environmental exposures that may have the potential to disrupt the chemical signals that organize development. Even small changes in the timing of critical development events can potentially have major consequences for brain structure and function. Thus even brief exposures at these vulnerable stages can have lasting effects on adult brain function. We refer to "windows of susceptibility: to mean the life stage at which the brain is exposed, during which different agents can effect the brain in specific and deleterious ways. For example, the dose of lead that is neurotoxic to an infant is much less than the dose that would be neurotoxic for an adult, so infancy in this case is a "window of susceptibility" .... Learning disabilities are on the rise in the United States and we now have a significant body of information on how exposure to certain environmental agents can affect children's intelligence quotients (IQs). For example, scientific literature attests to the effect of lead exposure in early life on IQ. ... Mercury also has been shown in multiple studies to be a developmental neurotoxicant. .... A study published last year from Columbia University showed that a mother's exposure to urban air pollutants known as polycyclic aromatic hydrocarbons (PAHs) can adversely affect a child's IQ.  PAHs are released into the air from the burning of coal, diesel, oil, gas and other organic substances such as tobacco.  In urban areas motor vehicles are a major source of PAHs.
Bruce P. Lanphear MD, MPH Senior Scientist, Child & Family Research Institute, Professor, Simon Fraser University, Vancouver, BC, Adjunct Professor, Cincinnati Children's Hospital Medical Center


One in six American children have a developmental problem, from a subtle learning disability to overt behavioral disorders, such as attention deficit hyperactivity disorder (ADHD) or autism (Boyle et al. 1994; Hertz-Picciotto, 2009). These conditions can severely impair a child’s ability to succeed in school, elevate their risk for violent and criminal behaviors, and dramatically diminish their ability to contribute to society. The findings from some of the most thoroughly studied and widely dispersed environmental toxicants indicate that exposure to exceedingly low levels are risk factors for the “new morbidities” of childhood -- intellectual impairments, behavioral problems, asthma and preterm birth (Lanphear, 2005). Indeed, there is often no apparent threshold and, in some cases the effects appear to be greater at the lowest levels of exposure (England et al. 2001; Canfield et al. 2003; Lanphear et al. 2005; Yolton et al. 2005).

Exposures to established environmental toxicants -- such as lead, tobacco, PCBs and mercury -- have consistently been linked with higher rates of intellectual impairment or behavioral problems, such as conduct disorder and ADHD (Needleman et al. 1990; Schantz et al. 2003; Kahn et al. 2003; Wakschlag et al. 2002; Stewart et al. 2003; Needleman et al. 1979; Lanphear et al. 2005; Yolton et al. 2005). There is emerging evidence that a whole host of new environmental chemicals – such as Bisphenol A, PBDEs, pesticides, phthalates, and airborne pollutants – are associated with intellectual deficits or behavioral problems in children, but the evidence is not as conclusive (Rauh, 2006; Engel, 2010; Eskenazi, 2007; Braun, 2009; Perera 2009; Herbstman, 2010). Much of this research was done by the NIEHS/US EPA Children’s Environmental Health Research Centers working collaboratively with the Centers for Disease Control and Prevention.


Children’s developing brains are more vulnerable to certain toxicants and pollutants than adults. The central nervous systems of the fetus and young child, which are undergoing rapid changes, are particularly vulnerable to some toxicants. The fetus is a recipient of toxicants through placental transfer (Perera et al. 2003; Whyatt and Perera 1995; Bearer 2003). In some cases, such as mercury, the fetus is exposed to a larger dose than the mother (Ramirez et al. 2000). In other cases, such as organophosphate pesticides, the fetus may lack critical enzymes to metabolize environmental toxicants (Chen et al. 2003). Toddlers are often at greater risk for exposure to many environmental toxicants because they have a high degree of hand-to-mouth activity and they absorb some toxicants more efficiently (Bearer 1995).


As the above quotes illustrate environmental  research is examining many potential causes and triggers of autism disorders at the prenatal and early childhood stages.  Mercury is only one of the potential causes of autism being researched but it is one which is very sensitive to those who insist that discussion and research of possible vaccine autism issues must stop.   Teresa Binstock wrote about the "it's gotta be genetic" model of autism and the consequences for any professional who explored vaccine autism connections over a decade ago.   Much of what Binstock discussed is taking place now as Dr. Andrew Wakefield is well aware.  The current suppression of vaccine safety discussion and research will probably be accompanied by a complete return to the 100% genetic model of autism, a model which has already sucked the life out of environmental autism research funding for decades.  All serious efforts to find the environmental causes of the vaccine epidemic, to find out what is really happening to  our children are likely to come to an end.
Posted by Unknown at 4:54 am

It won't stop it. But it is privately funded research http://www.psychology.uwo.ca/autism/index.htm

I'm confused. Do you see this as a good thing or not?

Brian you asked if saw this as a good thing or not? I am not sure what you are asking. Is the clamp down on vaccine autism discussions a good thing? I don' think so.