Autism Rising in California - Why? 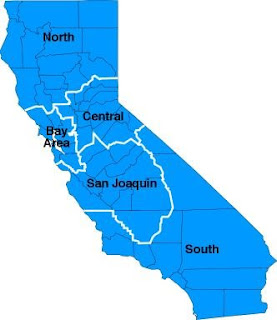 The headlines trumpeting the recent California epidemiological autism study as the final stake through the heart of the thimerosal /vaccine theory of autism causation are premature according to some proponents of that theory. They point to the 2005 expiration dates on some of the vaccines containing larger amounts of thimerosal, thimoseral containing flu shots given to pregnant mothers, immigration to California of children who would have received vaccine shots elsewhere, the combining effects of remaining trace amounts of thimerosal with other substances contained in the vaccine etc. Opponents of the theory point out that autism rates in California continued to rise AFTER most of the thimerosal was supposed to have been removed from the vaccines. Those opposing the thimerosal autism theory have the weight of medical and scientific opinion in support based on earlier epidemiological studies from other countries. The big question which remains though is WHY is autism still rising in California?

""We are reassured that we found no link between routine childhood vaccination and increases in childhood autism in the data," California DPH Medical Officer Robert Schechter, MD, tells WebMD. "But the finding that there are increasing numbers of kids who need services is not reassuring. We support efforts to find preventable causes of autism."

There are those who routinely claim that autism diagnosis increases are due entirely to the 1994 definition expansion of autism, greater public awareness and the knowledge among assessing physicians and parents that an autism label may provide access to services for their child. It seems safe to assume that such factors would be significant factors in the increases, particularly the change in definition of autism. But where are the studies showing that such factors explain entirely the large increases in autism diagnoses?

If environmental factors, such as the pesticides sprayed in California fields which may have contributed to elevated numbers of autism diagnoses of families living near those fields, are also at play should we not know about those factors and modify them? If we are in fact causing autism by use of various chemicals should we not modify our practices to prevent autism?

autism
Posted by Unknown at 4:03 am

Good morning H. I completely agree that research must continue on possible environmental toxins that directly, or via the interaction with a genetic vulnerability, increase the risk for developing autism. I know of several research labs who are doing that work, but unfortunately as you know, the process is slow. I did review last week the study you mentioned (http://www.translatingautism.com/2008/01/autism-and-vaccines-california.html)
and one interesting detail about the study is that the rates of Autism increased much faster than for all other developmental disorders, including some that have received increased public awareness during the last 10 years (adhd). I hope that we will know soon why such increases are taking place.
NLD
www.translatingautism.com

PS. I just finally got my hands on the Pediatrics Thimerosal study. Interesting, but not as ground breaking as I thought (posted).