Historic Discussion of Adult Autism Care and Treatment in the New Brunswick Legislature May 28, 2015 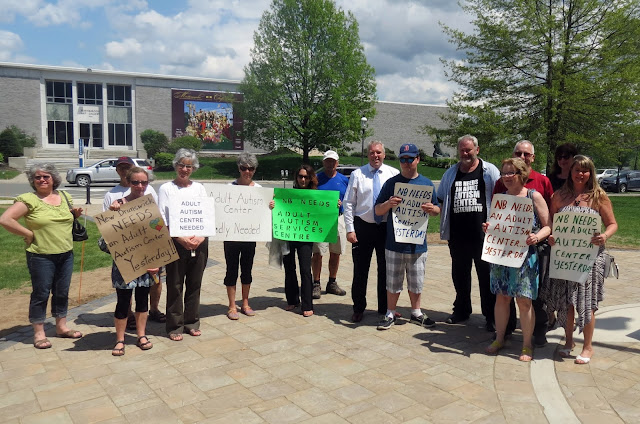 
It was an historic day at the New Brunswick Legislature yesterday as discussion and debate began on issues of adult autism care and treatment for the FIRST time to my knowledge that has happened. Opposition MLA Ernie Steeves pictured above in the white shirt and blue tie filed the motion and led the discussion.  Mr Steeves presentation was excellent, well informed and put the issues of adult care and treatment on the NB Legislature records.  The Government response by Social Development Minister Cathy Rogers did not really address the issues although in fairness to Minister Rogers she did ask me for a meeting to discuss the issues presented by Mr. Steeves.  The Opposition reply to Minister Rogers was delivered by MLA Jake Stewart who had previously taken up the issue of adult autism in a very meaningful way by advocating successfully for a young autistic adult in his riding who was on the verge of being evicted from his special care home because he was turning 19.  Mr Stewart's reply was also very passionate, well informed and was important to ensure that the discussion stayed on topic. The discussions started late in the afternoon 5:00 pm and will continue on another day. A note that some may find particularly interesting: two autistic persons were present in the legislature during the discussions; (1)  Ricky Barry shown with the ball cap holding the sign and standing beside Mr. Steeves in the picture above and (2) young Cameron  brought in to the legislature later by his mother. 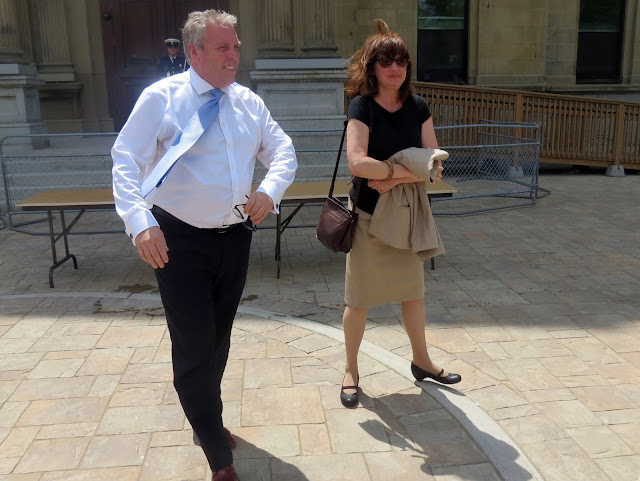 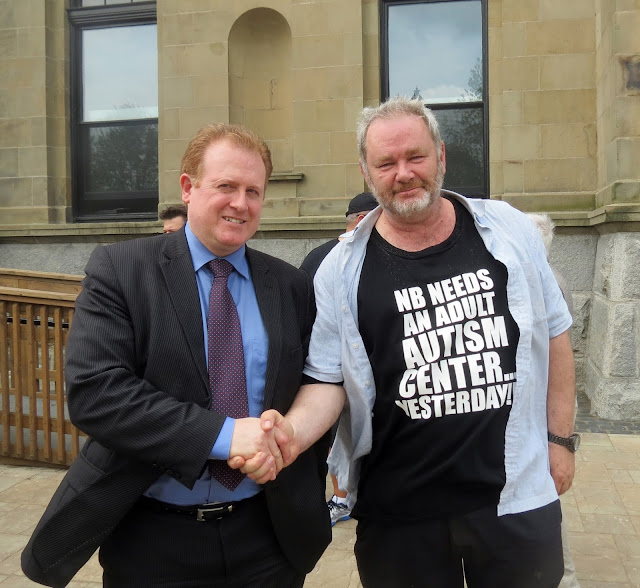 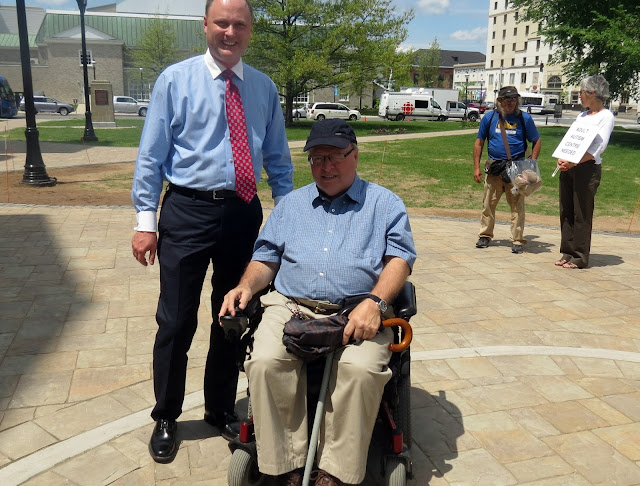 Above MLA Trevor Holder (L) and (R)  Prominent Human Rights and Disability Advocate  Randy Dickinson who, among things,  serves as NB Human Rights Commission Chairperson and Fredericton City Councillor and  formerly served as  Executive Director  of the Premier's Council on Status of Disabled  Persons.  Mr. Dickinson came to the Legislature to exxpress his support for the need for adult autism care and treatment.
Posted by Unknown at 6:56 am