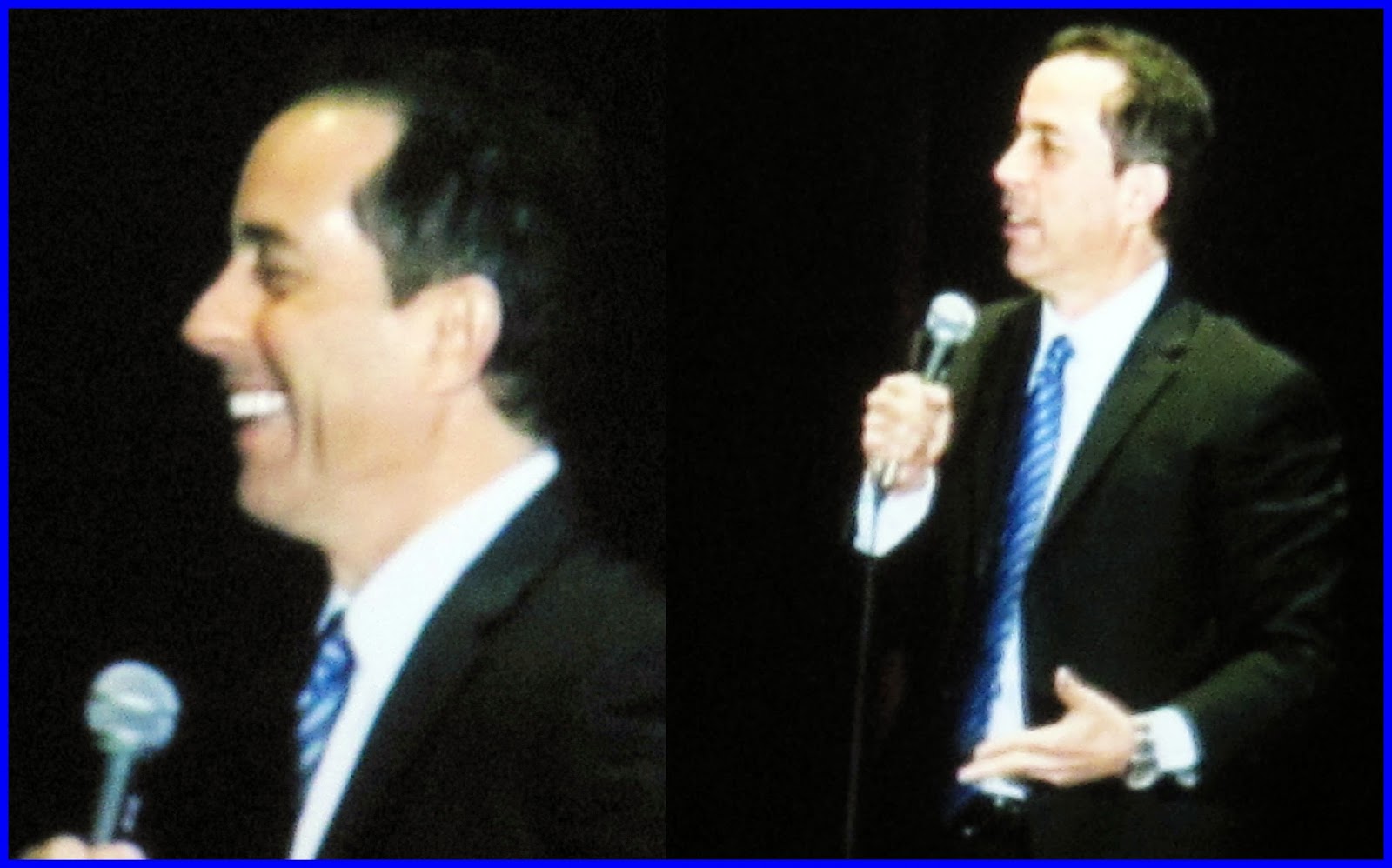 (Grainy) Composite Photo 0f Jerry Seinfeld by Harold L Doherty,
Moncton Coliseum,  February 2012, 2 Years Before His Revelation That
He "Might" Be "On "The Autism Spectrum" 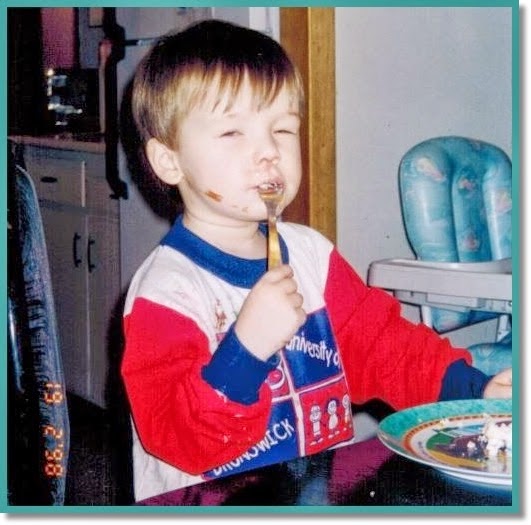 Picture by Harold L Doherty of My Son Conor Doherty On His 2nd Birthday, The Day Before His Autism Disorder Diagnosis Was Received After Six Months Of Tests And Pediatric Observation

Jerry Seinfeld has revealed, at age 60,  that he thinks he might be "on the autism spectrum".  He may be right, I don't know and won't know unless he seeks a professional assessment and makes the result of that assessment known to the public.  Jerry Seinfeld is one of the great comic geniuses of our times, IMHO, and I and am a huge fan, which is why I travelled with Conor's older brother, Brandon, to see Jerry Seinfeld perform at the Moncton Coliseum 2 years ago.  (Thanks also to Charlotte and Luigi for their hospitality that evening).

We were not disappointed and I am reminded of his amazing social observation based jokes everytime I "have a coffee".  I am, and am sure I always will be, a Seinfeld fan but I do not think for a moment, regardless of whether Jerry Seinfeld receives an autism disorder diagnosis that his condition or disorder resembles my younger son's in any meaningful way. My son like many "on the spectrum" suffers from intellectual disability, seizures, self injurious behavior, obsessive, persistent behaviors, sensory issues and  limited verbal communication. There is no way he could possibly put on a command performance and entertain an audience as Mr Seinfeld does.

Many high functioning autism "self" advocates and parents of high functioning children speak up for Mr Seinfeld's right to speculate about being "on the spectrum".  They don't really have to because to my knowledge no one challenges Mr. Seinfeld's  right to do so but they do anyway, a courtesy seldom extended to those with severe autism who can not speak for themselves and whose parents, family members and other caregivers,  THEIR ONLY REAL SELF ADVOCATES, must speak for them.

My son was diagnosed at age 2 plus 1 day after several months of testing and observation because we, his parents, sought medical attention for his developmental delays and behavioral issues at an early age before we had even heard of autism.   Mr Seinfeld who has been a very generous supporter of autism causes thinks he "might be" "on the spectrum" at age 60.  The gap between those two realities is huge and says all that needs be said about the "unified" autism spectrum disorder. It also says much about the media which will jump for every adult who "comes out autistic" with an alternative way of thinking they call autism while ignoring the severe challenges facing those with severe autism disorders and their families and caregivers.

Time for me to "have a coffee".  And thank you for sharing with us all your incredible gift for humor if you happen across this humble blog Mr Seinfeld.

And I am partially blind, that is I have to wear glasses, being a slight inconvenience and not comparable to being blind at all but you could say it was on the on the seeing disabilities spectrum

Another great post! I would like to put the link on my blog, if it is okay with you. As you know, even though my son is high functioning, I do not think media puts enough focus on the most difficult struggles of autism. I wish people could see and understand how severe it really can be. I do not wish to come across as knowing what you experience because I cannot. I can only empathize and agree that the media focusses too much high functioning individuals. I blog about my experiences with my son because that is what I know, so that is what I write. Wishing you all the best!

Seinfeld is nicht austichen. I have real high functioning autism and am no actor living on social security and medicare. My autism nearly killed me several ways such as a partial seizure with low blood sugar donot forget i also have nf1 disease (look up neurofibromatosis).I did audition for a minor character in a anime a few years ago as did 50 others did not get part but much fun.

This could be the reason why he never laughed at his own jokes. He was being serious and the world laughed at him. Poor guy.