All Autism Meltdowns Are Not Panic Attacks 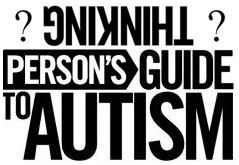 On Twitter in the past 24 hours the questionably named Thinking Persons Guide to Autism does what it often does: distributing unproven, non evidence based, opinions as representing all there is to know about autism.


On this occasion the TPGA Re-Tweeted one person's opinion about meltdowns; offering the less than carefully thought out over simplification that autistic meltdown are panic attacks not tantrums. The problem with this statement is that it oversimplifies what is often, at least for my severely autistic son, a very complex behavior. With the concluding remark the "Thinking" Persons Guide To Autism then encourages others to RT this oversimplified, incorrect notion that all meltdowns are  panic attacks:

My 16 year old son is severely autistic. He is also assessed with profound developmental delays. His meltdown behaviors are complex at any time. His meltdowns are not all triggered by the same events. Some appear to be frustration based in terms of the inability to do ... or to stop doing something when he obsesses with something like a Little Einstein video. Some times his meltdowns appear to be triggered by internal physical discomfort of various sorts. Some times they appear to be related to seizure activity.

I am talking at this point only about my own severely autistic son not about other persons with autism disorders whether they be severely autistic with limited communication skills or whether they are High Functioning Neurodiversity activists promoting their perception of their autism condition as the universal reality for all persons with autism disorders.

I can not, and do not,  say that ALL persons with autism disorders experience meltdowns in the same way or for the same reasons as my son.  What I do say is that the person involved with the original tweet and the Thinking Persons Guide To Autism can not say that my son's meltdowns are always panic attacks.

My son's  complex meltdown behaviors are just not that simple..... pass THAT on please!
Posted by Unknown at 3:03 am

I fully agree with you.

I am on the mild side of the Autism Spectrum (Asperger Syndrom) and I have meldowns. These meltdowns can happen when I am alone and when nobody is seeing me. When a meltdown appears I am don't in panic I am full of anger. So for me it is tantrum. Full stop.

I wish you, your wife and your son all the best and enough power!

Of course you are correct Harold. I think, though, that the "tweeter" was just trying to get those "not in the know" to understand that meltdowns are not simply the misbehaviour of a spoiled brat with bad parents, which is often the accusation. Tweets are not known for their nuanced dialogue! lol!

Meltdowns can be caused from a child that is annoyed b/c they didn't get their own way - which is just "behaviour" - to something more excessive that set off a "fight/flight/sensory" response.

Ironically it's my HFA son that does them not the severe one and he does both. The second we have put him on Strattera to control since with puberty he has lost control of his emotions/ability to concentrate. He's not "drugged", but back in control of himself.

In my experience I find most meltdowns, according to many FBA's, are due to the following:

1.frustration
2.of course, lack of communication
3.anger
4.confusion
5.anxiety. The individual thinking they are going to be wrong or are wrong (in a school academic situation) which leads back to anger, frustration, etc.
6. dysregulation which can include being too hot, too cold, hungry, not feeling well and so on.
7. pain

There are many other reasons but to claim it is a panic attack is just bizarre. Isn't this group run by Shannon De Rosa? I think that explains it.

I agree with your "seizure-like" assessment for some meltdowns - something I rarely hear mentioned. I describe them as analagous to a missing tooth on a gear, that throughs the entire chain out of alignment... everything's going right along, then KACHUNK: meltdown

The name of the blog, 'The thinking person's guide to autism' is indeed ironic, isn't it?

"Ironic" is a nice polite way to put it Jonathan.

My 9 yr old on spectrum put in it his own words re meltdowns ."The words get stuck and my brain stops "