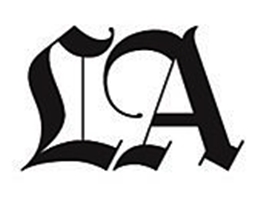 The LA Times has written an  ill informed, one sided, article on autism increases which misleads the public into believing that the evidence has clearly established that the entire increase in autism diagnoses over the past two decades is attributable to the 1994 DSM diagnostic manual changes, diagnostic substitution, and the hunt for government funded autism services. The article, Discovering Autism Unraveling an epidemic, can be summarized in the following paragraph from the article:


"Two decades into the boom, however, the balance of evidence suggests that it is more a surge in diagnosis than in disease."

The truth is the LA Times article publishes no reference to studies that confirm that conclusion about the alleged balance of evidence.  The LAT does refer dismissively to Dr. Irva Hertz-Piccioto who has conducted research on possible environmental causes of autism disorders.  It also offers selective quotes from a variety of other autism sources, in addition to Roy Richard Grinker, the anthropologist and father of a high functioning child with Aspergers, who has sought out all the allegedly autistic Korean children who function very well in Korean society.

What the article does not mention is the emerging consensus that autism arises not just from genetic factors, which would support the biased perspective the LAT offers, but from the interaction of genetic and environmental factors.  Nor, in dismissing Dr. Hertz-Picciotto's work, does it mention that genetic autism research has been overwhelmingly funded at the expense of environmental autism research.  Better to present positively the opinions of a biased anthropologist with an agenda then an actual autism researcher.

Dr. Bearman, a sociologist, is also quoted but not in any meaningful way. He was interviewed more fully, or quoted more fully, in an article on the National Institute of Mental Health website reporting a discussion Dr. Bearman had with Dr. Tom Insel of the IACC:

Dr. Insel: From what you know now when you add all of those together how much of the increase can you explain?


Dr. Bearman: Well that’s a complicated question, but I think we can pretty uniquely associate about a quarter of the increase from the birth cohorts from 1992 to 2001 which is a lot, to diagnostic change on the border between diagnosis and mental retardation in autism. I think we can associate about 16 percent of the increase on the other border between autism and other neurodevelopmental disorders on the spectrum: Asperger’s, PPDNOS etc. And those are largely non over-lapping components of increase, so that’s about 40 percent. I think the spacial clustering itself adds another few percent. I would say I am confident that 40 percent of the increase I think I know what caused that. That leaves a lot of increase left, 50 percent is a lot to look for still.


Dr. Insel: Any ideas about what’s driving that other 50 percent?


Dr. Bearman: Well, some is genetic. I think that the increased parental age accounts were 11 percent of the increase over this period and that’s a lot and the mechanism by which increased parental ages expressing itself I think likely largely genetic. I think the tricky part is going to recognize that it would be harder now to find that 50 percent. It would look like it should be some toxicological environment that’s shared because of the spacial clustering. Because there’s a very strong process of amplification of the understanding of autism that leads to increased diagnosis as parents learn how to recognize symptoms a very, very, small event that would transform the environment five years ago, ten years ago, even you could imagine, 40 years or 50 years ago, when the moms of children with autism now were in utero as eggs- a very small event could cascade into a larger epidemic now."

The LA Times could have checked out the web site of the IACC, the Interagency Autism Coordinating Committee which states:

"As with many complex disorders, [autism] causation is generally thought to involve some forms of genetic risk interacting with some forms of non-genetic environmental exposure. ... In addition, a number of other environmental factors are being explored through research because they are known or suspected to influence early development of the brain and nervous system. Recent studies suggest factors such as parental age, exposure to infections, toxins, and other biological agents may confer environmental risk. ... Progress in identifying environmental factors which increase autism risk has been made recently (Eskenazi et al., 2007; Palmer et al., 2006; Palmer, Blanchard,; Wood, 2009; Rauh et al., 2006; Roberts et al., 2007; Windham et al., 2006), although this area of research has received less scientific attention and far fewer research dollars than genetic risk factors" [Underlining added - HLD]

No one disputes the obvious fact that the 1994 DSM changes increased the number of autism diagnoses.  The LAT implies though that the "science" indicates that the increase in autism diagnoses is simply a matter of diagnostic change and substitution and that environment plays no significant role in causing autism disorders. That position amounts to a confession of ignorance and/or bias by the LAT ... and a lack of concern over whether the number of autism diagnoses could be decreased if the research dollars were distributed more evenly towards research of environmental causes and triggers of autism disorders.
Posted by Unknown at 5:45 am

This is just getting soooo old. Its rising just the same right? So lets get everyones butt in gear and start providing the proper treatments!! I would love for this silly debate to shift to insurance, government expenditure on treatments, community programs, residential care for adults, employment for those on the spectrum who can work, and things that actually MATTER.

Yes, I just about threw up when I read this article. I think Tues and Thurs will also have an autism piece, so we'll see if they get any better. So disappointed. May be a reaction to the law that was just passed in CA, that in 2014 (I think) insurances will pay for ABA, which is awesome!!! But article was horrid!